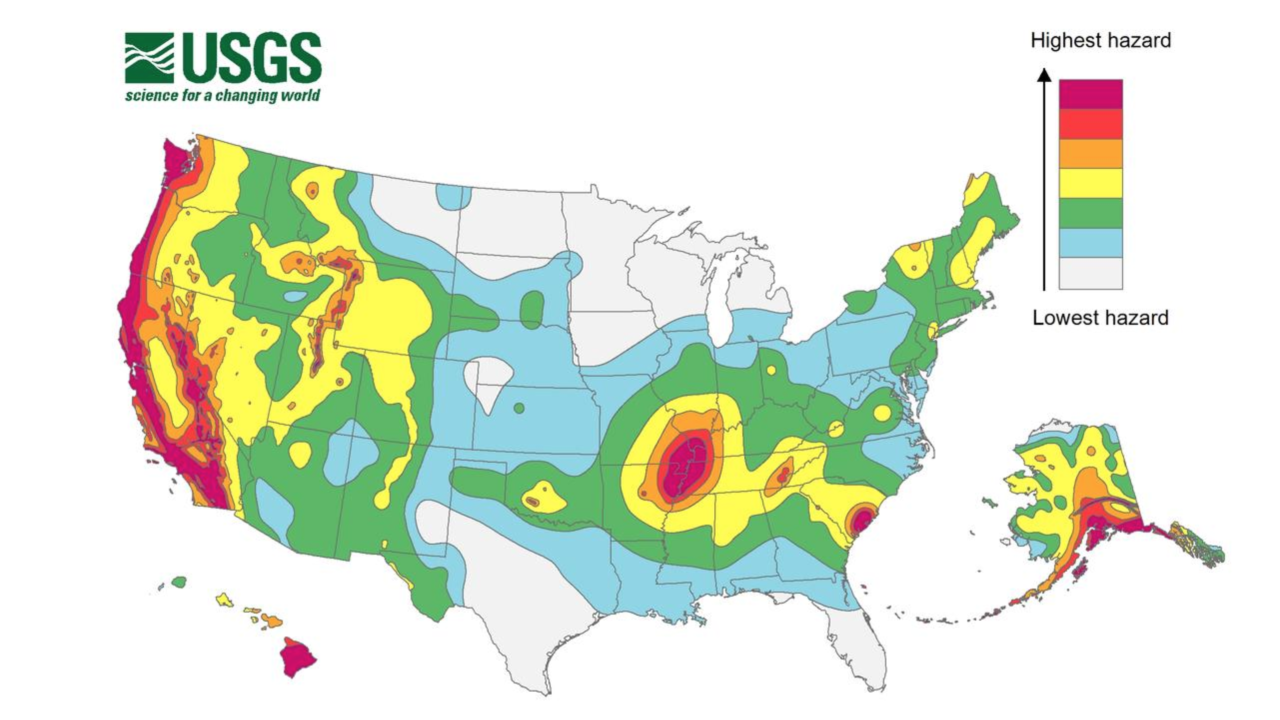 This week's series of earthquakes served as a reminder that the United States' earthquake risk extends far beyond the Pacific Coast.

On Tuesday, Puerto Rico was rocked by a 6.4 magnitude earthquake. The earthquake knocked out power to most of the island, killing at least one.

Also in recent days, minor earthquakes were felt in Tennessee and Texas.

But the issue is not the quantity of earthquakes in the eastern United States, but the impact.

The USGS puts out a hazard map that shows the earthquake risk nationwide. The map shows areas such as the Pacific Coast and parts of Alaska and Hawaii with a high risk of peak ground accelerations. It turns out that areas of Missouri, Tennessee, Kentucky, Arkansas, Illinois and South Carolina.

USGS scientist David Schwartz agrees that the Pacific Northwest all the way to Charleston, S.C., practically every region of the United States, has a risk of feeling a devastating earthquake.

"The nature of the crust changes as you go from east to west. The Central and Eastern US, the crust is really old, it is older it is colder, it is denser, than the crust in the west which is younger,” Schwartz said. “It’s broken up by many faults and warmer. These different crusts transmit seismic waves differently.”

And this difference in geology means that a strong earthquake in the Eastern United States could cause damage over an extensive area.

In 1811 and 1812, a series of earthquakes struck the Mississippi River valley along the New Madrid fault. The strongest of the quakes was a possible magnitude 7.8. The quake was felt across much of the Eastern United States.

“A repeat of any of those earthquakes would be extremely damaging, because the housing stock in the Central and Eastern U.S. has not been designed for earthquakes,” Schwartz said.

What to do during an earthquake