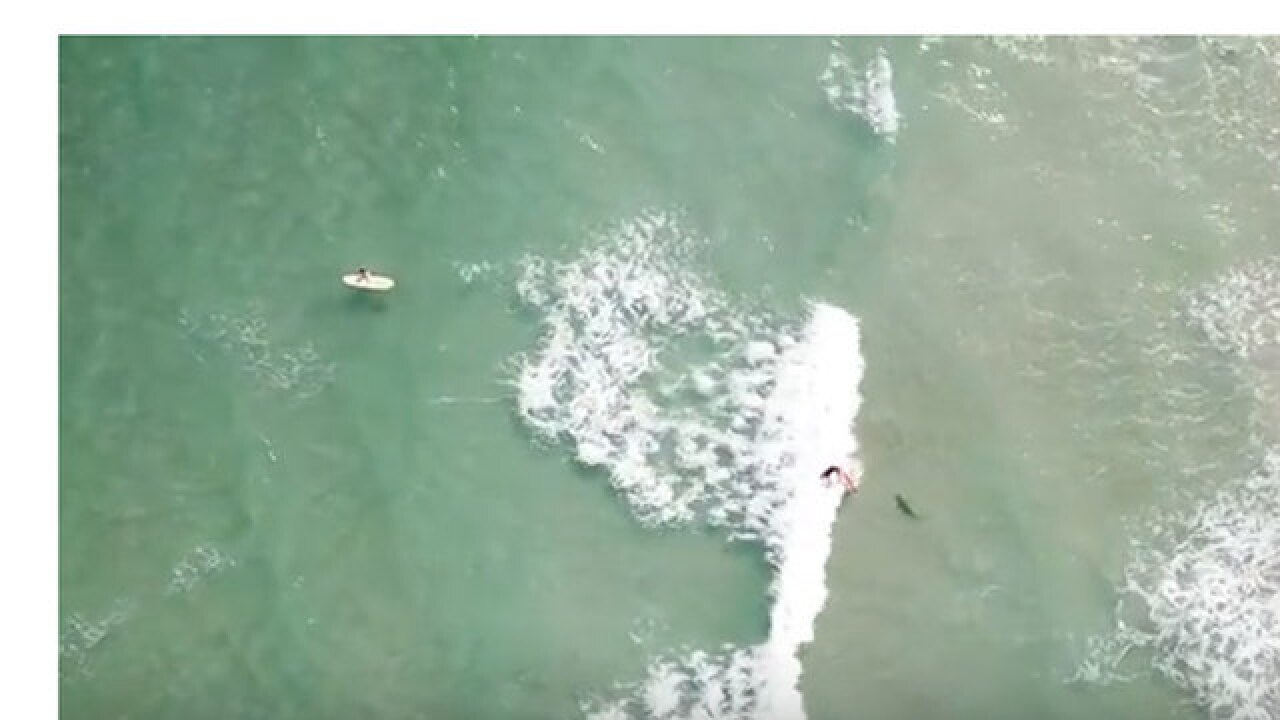 Beautiful drone video recorded on the Treasure Coast shows surfers and sharks sharing the surf on a sunny Florida day.

Video uploaded to YouTube by "HYDROPHILIK" on Feb. 26 shows footage of sharks very close to surfers near the Fort Pierce Inlet.

At one point in the video, a surfer falls down and appears to have landed on top of one of the sharks -- or at least very close to it.

Shark experts say just offshore right now it's a "shark super-highway" where thousands of sharks are on the move this time of year.

Watch this great #hammerhead#shark troll the waters off #Palmbeach yesterday! Notice the smaller spinner/blacktips stay away since they can be a tasty meal 🦈 #Florida#shark#sharks#drone video thanks Our Children’s Earth Foundation photographer Ivy Yin 👍🏽#sharkmigrationpic.twitter.com/NCgUebKoUX