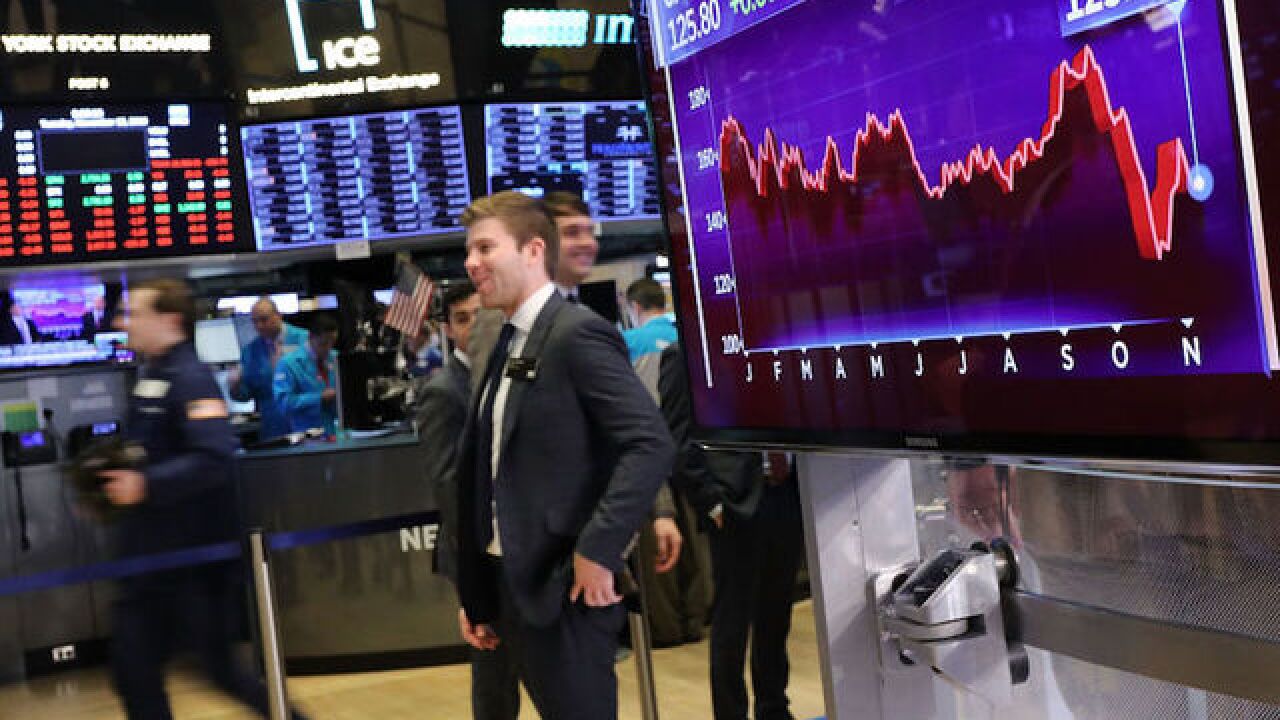 Image copyright 2018 Getty Images. All rights reserved. This material may not be published, broadcast, rewritten, or redistributed.
&lt;p&gt;Traders work on the floor of the New York Stock Exchange (NYSE) on November 13, 2018 in New York City.&lt;/p&gt;

Are Apple's glory days behind it? That's probably a stretch. But Wall Street clearly is getting more worried about the company's reliance on the iPhone to generate sales and profit at a time when demand for the newer phones appears to be subpar.

Shares of Apple (AAPL) fell 3% Wednesday and that was one of the big reasons why the Dow, which includes Apple, fell 300 points. Apple's stock briefly dipped into bear market territory, meaning it was down more than 20% from its all-time high.

The reason for the Apple slide? Several companies that produce chips and other components used in iPhones have all issued gloomy forecasts recently, citing sluggish demand for higher-end smartphones.

Although none of these companies, which include Qorvo (QRVO), Lumentum (LITE), Japan Display and IQE, have named Apple as the source of their woes, they are all Apple suppliers.

But it may not be time to throw in the towel on Apple just yet, even though some analysts are cutting their price targets and earnings estimates due to concerns about soft sales for the newer iPhone XR, iPhone XS and iPhone XS Max.

Apple's stock is still up more than 10% this year, making it one of the better performers in the Dow. The company is still worth nearly $900 billion. It remains the most valuable company in the world.

Apple also continues to pay a solid dividend that yields 1.5% -- and the company is likely to keep raising its dividend thanks to its cash stockpile of $237.1 billion.

What's more, Apple's earnings are expected to increase by more than 13% this fiscal year and keep growing at about a 12% clip annually, on average, for the next few years.

So predictions of an Apple iPocalypse, if you will, may be premature. But it does seem like the company needs a new product to get consumers and investors excited again.

Perhaps Apple needs to take a cue from the movie "This Is Spinal Tap" and release a new iPhone that goes to eleven. But would it be the iPhone 11 or iPhone XI?