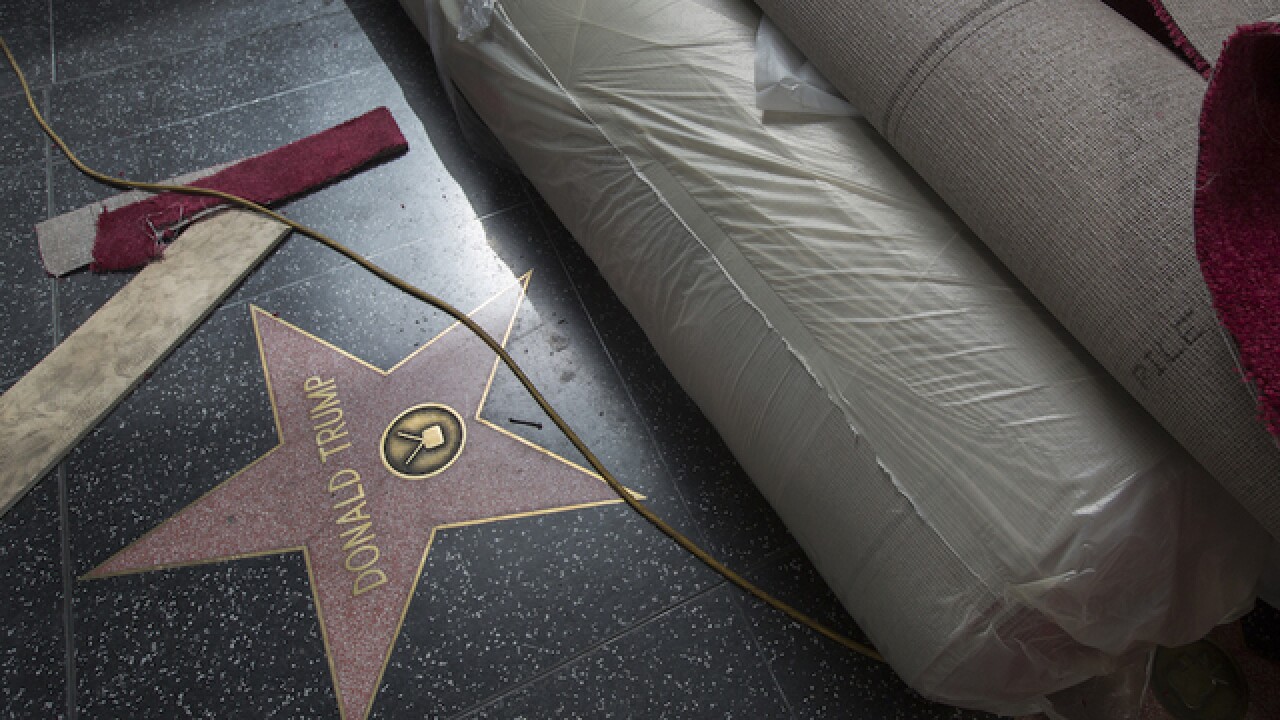 Donald Trump's star on the Hollywood Walk of Fame was vandalized just a couple weeks before the presidential election, Deadline Hollywood reported.

The star took such damage that Trump's name is no longer recognizable, according to a photo posted on Twitter by Deadline Hollywood senior editor Dominic Patten.

A man who identified himself to Deadline Hollywood as Jamie Otis took responsibility and said he had planned to steal it and auction the star to raise funds for 11 women accusing Trump of groping them — allegations Trump has denied.

Trump is trailing Democratic presidential candidate Hillary Clinton in most of the latest polls with less than two weeks to go before the election.

RELATED: Can we trust the presidential polls?

According to Deadline Hollywood, the vandalism happened about 5:45 a.m. Pacific, when a man dressed as a construction worker came and crushed the star.

Trump was awarded the star in 2007. The star previously had been vandalized with a spray-painted mute sign and a swastika in separate acts this election cycle, according to Mashable.