In the two decades since the Oklahoma City bombing, there have been at least 10 other major acts of domestic terrorism.

That's an average of about one attack every two years.

The terrorist acts on this list were carried out by Americans or people living in the United States. The first occurred within months of the Oklahoma City bombing:

More than 100 people were injured and two died after Eric Robert Rudolph set off pipe bombs at Centennial Olympic Park at the 1996 summer Olympics in Atlanta. The bomb was hidden in a backpack and placed under a bench in the early morning hours.

The bombs were eventually tied to other bombings at abortion clinics and a lesbian nightclub.

In a confession, Rudolph said the purpose of the bombing was to "confound, anger and embarrass the Washington government in the eyes of the world for its abominable sanctioning of abortion on demand" by forcing the cancelation of the Olympic games. He was arrested in 2003 and sentenced to life in prison. 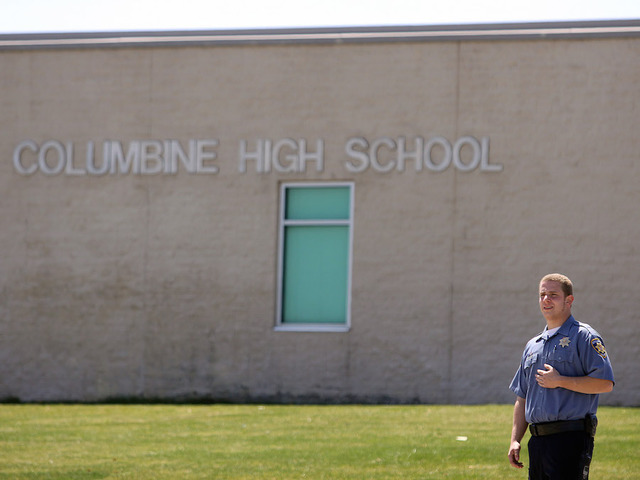 Harris and Klebold used firearms owned by their parents and homemade pipe bombs. They planted large propane bombs in the school cafeteria, but the bombs failed to explode.

The FBI considers the "Amerithrax" mailings to be the worst biological attacks in U.S. history.

One week after the attacks on the World Trade Center in 2001, letters laced with anthrax were mailed to media organizations and politicians, killing five and injuring 17.

U.S. Army microbiologist Bruce Edwards Ivins was suspected of the attacks. Ivins worked for decades at the U.S. Army Medical Research Institute of Infectious Diseases at Ft. Detrick, Maryland, where he grew and tested anthrax spores.

The investigation concluded nearly 10 years after the mailings and found that Ivins had a history of mental illness that should have excluded him from working at a biodefense laboratory.

Ivins committed suicide in 2008 by taking an overdose of pills.

For 23 days beginning on Oct. 2, 2002, two men terrorized the Washington, DC area by shooting 13 people with a sniper rifle. The victims were shot in public.

The suspects, John Allen Muhammad and Lee Malvo, modified a 1990 Chevrolet Caprice so that a sniper could shoot from a hole in the trunk, concealed by the license plate.

A letter sent to law enforcement demanded $10 million. The snipers were captured after the car was connected with Muhammad and its description was shared with the public.

Malvo was an immigrant from Jamaica who saw Muhammad as a father figure. He was sentenced to life in prison in 2003.

Muhammad, considered the leader of the team, was a U.S. Army Gulf War veteran. He and Malvo planned their attacks from a Washington-area homeless shelter. Muhammad used his expertise as a mechanic and a former member of the military to modify the car and to conduct the shootings. He was killed by lethal injection in 2006.

The Virginia Tech shooting was the worst mass shooting in American history, with 32 dead and 29 injured.

Senior student Seung-Hui Cho, 23, began by shooting two students at around 7 a.m., first at a dormitory and then two hours later at Norris Hall. The shooting ended after Cho committed suicide.

Cho immigrated to the U.S. when he was 8-years-old. He was considered to be a loner who was picked on by other students. Cho spent time at a psychiatric facility when he was in college.

In between the dorm shooting and the mass killing at Norris Hall, Cho mailed a package with photos, videos and writings to NBC News in New York City.

"Thanks to you, I die like Jesus Christ, to inspire generations of the weak and the defenseless people," Cho wrote.

An FBI investigation found that Hasan was a self-radicalized Muslim who was socially isolated.

There were early signs that Hasan was becoming radicalized. The FBI intercepted messages between him and a radical Muslim cleric, Anwar al-Aulaqi, but determined he was not a threat.

One month before the shooting, Hasan was informed he was to be deployed to Afghanistan.

Hasan was paralyzed in the shootout with police. He was found guilty in a 2013 court martial and sentenced to death.

James Eagan Holmes, 24, killed 12 and hurt 58 during a midnight showing of "The Dark Knight Rises" at the Century 16 movie theater in Aurora, Colorado. He was found with his hair colored red and wearing tactical police equipment.

He identified himself to police as "the Joker."

In his apartment, police found traps and bombs, which were set to explode when a person entered. A stereo played loud music to entice someone to trip them.

Holmes was a doctoral student at University of Colorado, where he studied neuroscience. He was withdrawing from the university after having academic difficulties.

Holmes is currently in jail awaiting trial, which is scheduled to begin in 2015.

The shooting lasted about six minutes from the time Lanza entered the school until he commited suicide.

Lanza also killed his mother, who owned the three guns used in the attack, earlier that day.

He was reported to be a socially isolated man who was diagnosed with autism. A report later said Lanza had anti-social tenancies and issues with violence.

A report by the State of Connecticut said Lanza was obsessed with previous mass shootings, including the Columbine High School shooting in 1999. However, the report found no motive for Lanza's attack.

Two pressure cooker bombs exploded near the finish line of the 2013 Boston Marathon, killing three and injuring more than 200. The bombs were built and and dropped off by brothers Tamerlan and Dzhokhar Tsarnaev.

The Tsarnaev brothers later shot to death a MIT police officer. Tamerlan was killed by police in a shootout. Dzhokhar was seriously injured and found guilty of murder in 2015.

Tamerlan, 26, and Dzhokhar, 19, were immigrants from Kyrgyzstan, a former republic of the Soviet Union. In 2011, the Russian government warned the FBI that Tamerlan could be a terror threat, but a U.S. investigation cleared him, according to a U.S. Department of Justice report.

Aaron Alexis killed 12 and injured 3 at the Washington Navy Yard. Alexis, 34, was a contractor with access to the building.

In electronic media found in his backpack, Alexis said he was under attack by "ultra low frequency" electromagnetic waves, according to a FBI report. References to the waves were etched into his sawed-off shotgun.

Alexis was suffering from mental health issues, including hearing voices. But he didn't seek treatment from Veterans Affairs and did not leave a written manifesto.

Gavin Stern is a national digital producer with the Scripps National Desk.