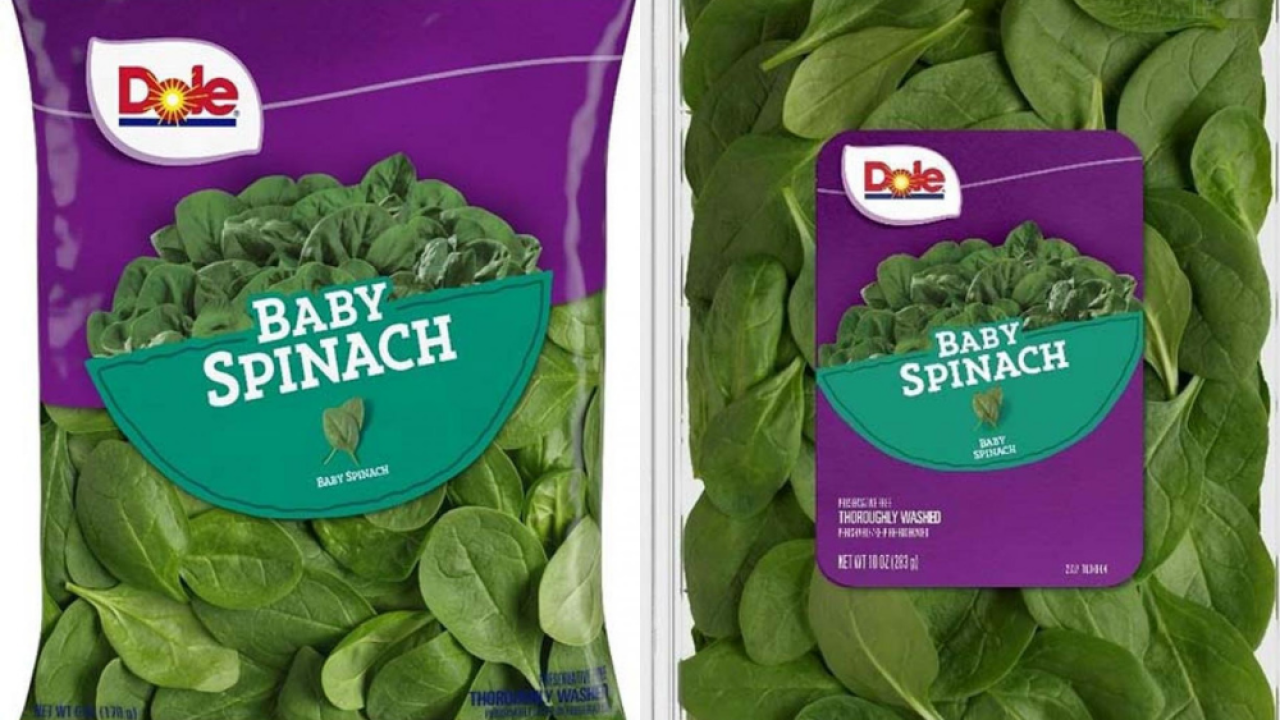 Dole issued a voluntary recalling bags of baby spinach after a random test sample from the batch tested positive for Salmonella, the FDA said on Friday.

Those who have any of the recalled spinach in their fridge should throw it away.

The recalled spinach was sold in Illinois, Indiana, Kentucky, Michigan, New Jersey, Ohio, Tennessee, Virginia and Wisconsin. The FDA notes that all of the recalled product has expired, so all baby spinach on grocery store shelves should be safe to eat.

No illnesses have been reported in connection with the recall.