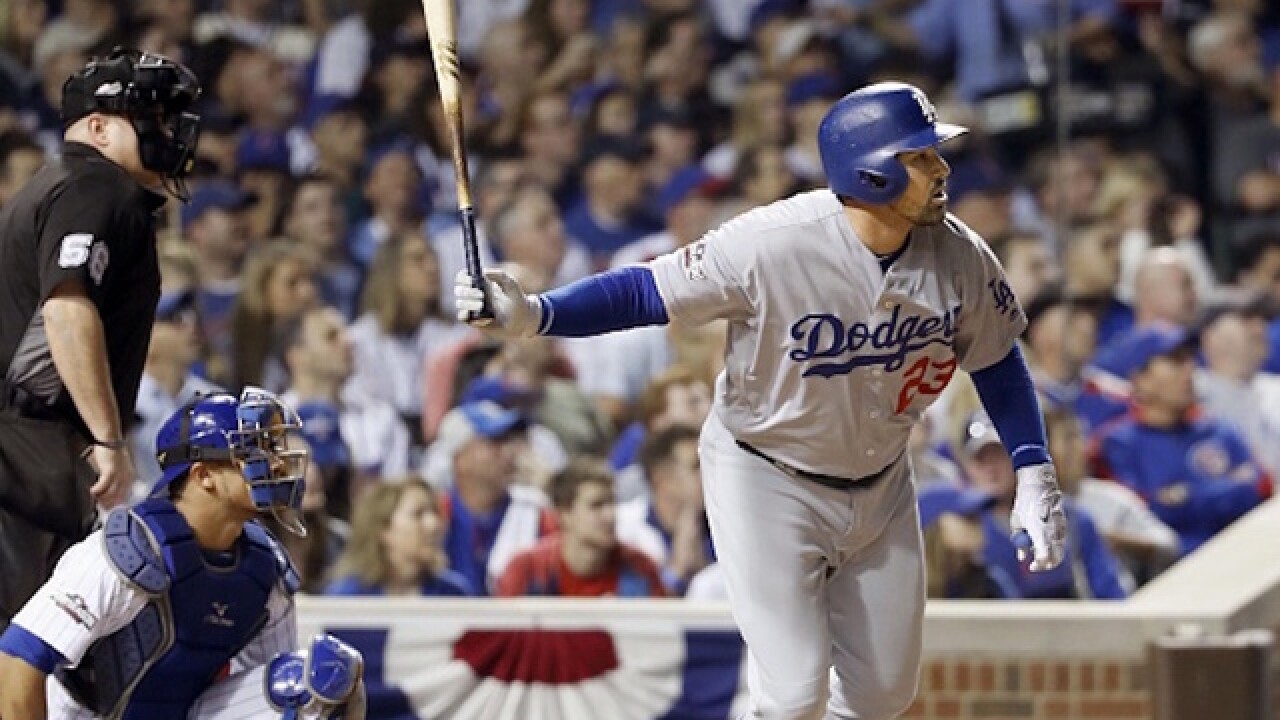 Copyright Getty Images
&lt;p&gt;Adrian Gonzalez of the Los Angeles Dodgers hits a solo home run in the second inning of Game 2 of the National League Championship Series against the Chicago Cubs at Wrigley Field on Oct. 16, 2016. (Photo by Kyodo News via Getty Images)&lt;/p&gt;

Mexican-American slugger Adrian Gonzalez confirmed to multiple media outlets that he did not stay in the Los Angeles Dodgers' team hotel during the team's recent trip to Chicago for Games 1 and 2 of the National League Championship Series.

Ordinarily, that would not be a big deal. But the hotel Gonzalez refused to stay at was a hotel owned by Republican presidential nominee Donald Trump.

The Trump International Hotel and Tower in Chicago has been the traditional stop for the Dodgers while in Chicago. But for the second time in 2016, Gonzalez was elsewhere.

According to Fox Sports, all Gonzalez would say was, “I didn’t stay there. I had my reasons.” He refused to say whether the reasoning was political.

Gonzalez was born in San Diego, but partially raised in Mexico. Despite being born a US citizen since birth, Gonzalez has regularly represented Mexico in the World Baseball Classic.

Trump has struggled to gain support from Mexicans after claiming that Mexico sends its drug dealers, criminals and rapists to the United States. Trump has also suggested building a wall, at Mexico's expense, along the United States' southern border, and intensifying screening at the border.

Gonzalez played a huge role for the Dodgers on Sunday, helping his squad to a 1-0 win over the Cubs by scoring the game's only run via a home run. The Cubs and Dodgers are tied at one game each in the best-of-seven NLCS.