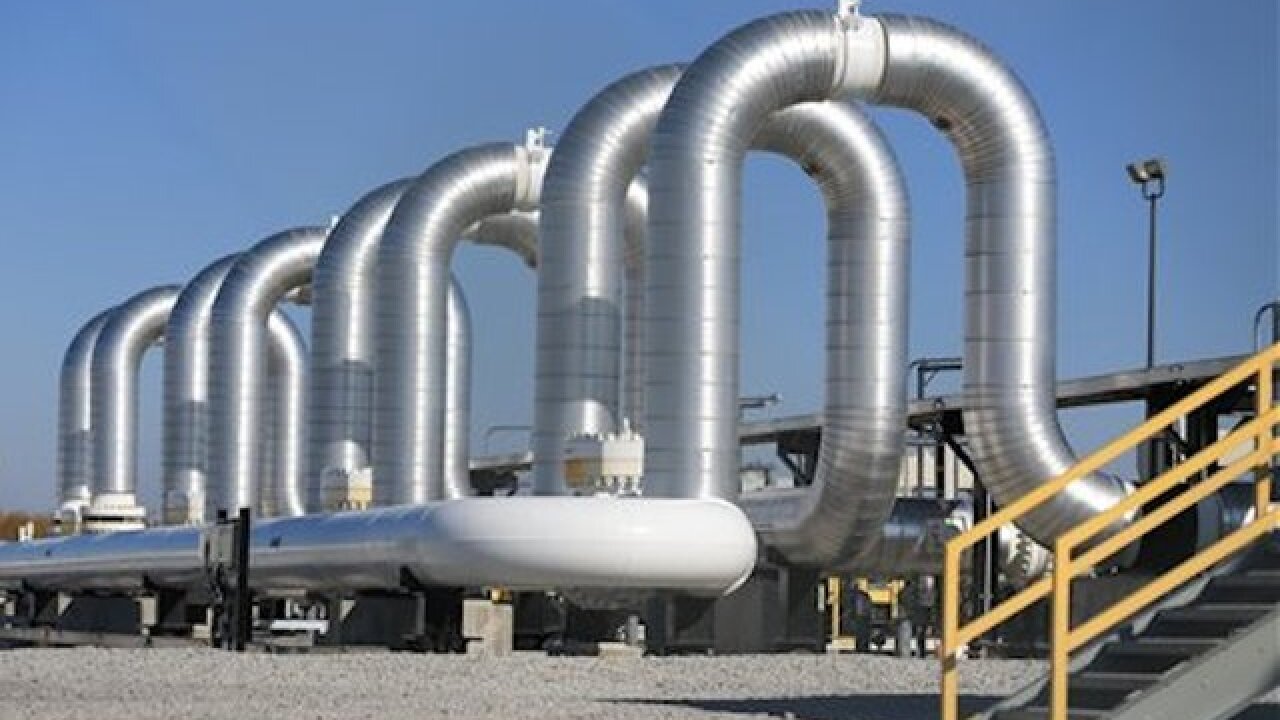 Nati Harnik
<p>In this Nov. 3, 2015, photo, the Keystone Steele City pumping station, into which the planned Keystone XL pipeline is to connect to, is seen in Steele City, Neb. The Obama administration says Nov. 4, it is continuing a review of the proposed Keystone XL oil pipeline, despite a request by the project's developer to suspend the review. (AP Photo/Nati Harnik)</p>

BILLINGS, Mont. (AP) - A Canadian company said Tuesday it plans to start construction of the disputed Keystone XL oil sands pipeline through the U.S. Midwest in April, after lining up customers and money for the project that is bitterly opposed by environmentalists and some American Indian tribes.

Construction is set to begin at the pipeline's border crossing in northern Montana, said TC Energy spokesman Terry Cunha. That would be a milestone for a project first proposed in 2008.

The company said it lined up $1.4 billion in financing from the Canadian provincial government of Alberta to cover construction through 2020 and agreements for the transport of 575,000-barrels of oil daily.

The pipeline was rejected twice by the administration of President Barack Obama over worries it could make climate change worse. President Donald Trump has been a strong proponent of the $8 billion project and issued it a permit that environmentalists say was illegal.

A court hearing in the permit dispute is set for April 16 before U.S. District Judge Brian Morris in Great Falls. Morris has previously ruled against the project.

The company said the pipeline would start sending oil to the U.S. in 2023.

Opponents in January asked Morris to block any work. They said clearing and tree felling along the route would destroy bird and wildlife habitat. Native American tribes along the pipeline route have said that the pipeline could break and spill oil into waterways like Montana's Missouri River.

The judge in December had initially denied a request from environmentalists to block construction because no work was immediately planned.

TC Energy has filed status reports with the judge about its intentions to start work.

"At this time, we are continuing with our planned activities and will adjust if it becomes necessary," Cunha said.

The remaining $6.9 billion in construction costs is expected to be funded through a $4.2 billion loan guaranteed by the Alberta government and a $2.7 billion investment by TC Energy.

Once the project is complete, TC Energy expects to buy back the Alberta government's investment and refinance the $4.2-billion loan.

"We thank U.S. President Donald Trump and Alberta Premier Jason Kenney as well as many government officials across North America for their advocacy without which, individually and collectively, this project could not have advanced," TC Energy chief executive Russ Girling said in a statement.

A representative of the Sierra Club said the decision to push forward with the project amid the coronavirus pandemic was "a shameful new low" for the company. Pipeline opponents contend workers could inadvertently spread the virus to rural areas with limited health care services.

"By barreling forward with construction during a global pandemic, TC Energy is putting already vulnerable communities at even greater risk," said the Sierra Club's Catherine Collentine. "We will continue to fight to ensure this dangerous pipeline is never completed."

Critics have said a damaging spill from Keystone XL is inevitable given the length of the line and the many rivers and other waterways it would cross beneath.