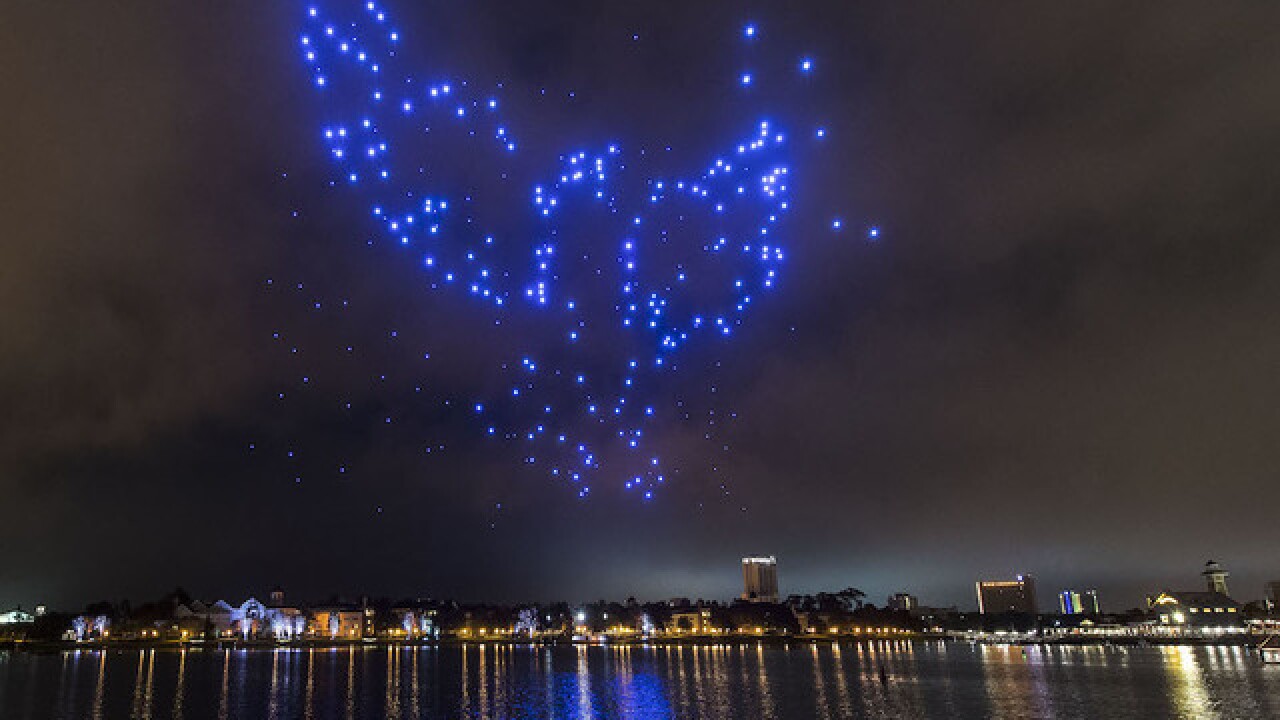 The show, according to Disney, is the first-of-its-kind light show in the US to feature 300 Intel Shooting Star show drones.

Every night at the Florida resort's Disney Springs entertainment complex, visitors can watch the drones move in a choreographed dance to specially orchestrated holiday music, along with a few Disney favorites.

Watch this preview video to see the drones in action.

Each drone, which weights about the same as a volleyball, features built-in LED lights that create more than four billion color combinations, which paint the sky with images such as Christmas trees, birds and other designs.

“We are excited to work with Walt Disney Imagineering to bring a fresh and innovative approach to its world-renowned light shows,” said Senior Vice President and General Manager of Intel’s New Technology Group, Josh Walden said in a statement. “Together, we worked to tackle the new frontier of entertainment, picturing the sky as our canvas, and flying lights as ink.”