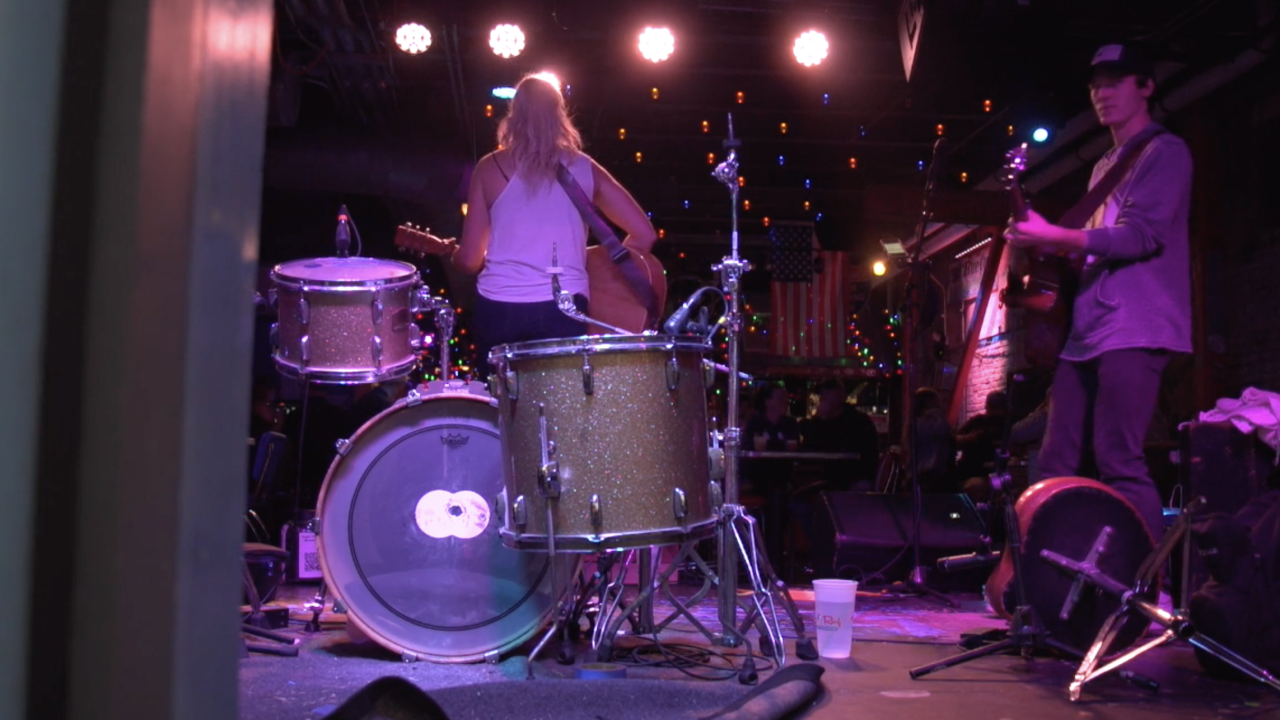 The neon lights of Broadway’s Honky Tonk bars are still shining brightly each night in downtown Nashville, Tennessee. But across this city that's soul heavily beats to the pulse of local musicians’ songs, many independent music venues are in danger of going dark for good.

Since 1971, Exit/In near the city’s west end neighborhood has long been a beacon for smaller artists looking to make it big. Over the years, everyone from Billy Joel to Cheryl Crow to Jimmy Buffet has graced the stage here. But it’s the smaller, less well-known artists who truly rely on a black box venue like this one.

Since March though, Exit/In and thousands of other venues like it across the country have been shut down--forced to close their doors because of the coronavirus.

“It’s just not safe. It’s not safe to do what we do right now, unfortunately, and there’s no pivot option. We can’t curbside a concert, we can’t to-go a concert,” Cobb lamented.

It’s that kind of daunting reality facing owners of clubs, venues and smaller music halls across the country. Many have already run out of money and most are out of time. Aside from the 57 employees that Cobb had to lay off, there are also closed signs now popping up on businesses around the neighborhood who rely on live shows to bring customers in.

“We’re on the edge of a cliff with a huge number of venues right there at the edge and about to go over, and they won’t come back,” he added.

While it’s not a giant stadium, venues like Exit/In are the kind of spaces where smaller artists get their start. In cities across the country, independent venues are deeply engrained in the culture of the communities they operate in.

For musician Daniel Donato, not having a stage like Exit/In to play on has been difficult.

“I want to create memories that people can go back to. I want to be somebody’s Friday night. And the first thing a musician plays is the venue, they don’t play their instrument, they play the venue they’re in,” Donato said.

In addition to the income he’s lost, the 25-year-old musician is also missing out on a chance to refine his craft. There are countless musicians like him across the country stuck in a kind of painful limbo.

“I have to have the energy of the people in the room, take that, put it in a guitar and make it something great,” he added.

By the end of the year, live performance venues are expected to lose about $9 billion on ticket sales alone. Because of the impending crisis facing smaller venues, nearly 2,800 have banded together to form the National Independent Venue Association (NIVA).

A stunning 90 percent of venues in the organization say they will close by the end of the year without any federal assistance.

“It’s happening and every day that goes by is a risk that it happens more, people have run out of money,” explained Audrey Fix Schaefer, who serves as the director of communication for the group.

In recent months, NIVA has created the "Save Our Stages Act." It’s a $10 billion grant program for independent venues with bi-partisan support. Now, all they need is a vote in Congress.

“People have run out of money and they’re running out of hope,” she added.

As for Cobb, it's not just about the jobs that have been lost, it's about the music that the country may never hear if independent venues go silent forever.

“It’s hard to think about American music without this network of independent music venues that have existed in this country for decades now. American music, as we know it, would not exist. I’m afraid that’s what we’re about to learn the hard way is it can’t exist the way we know it if these venues go away,” Cobb said.

But for now, that's a song Cobb is trying not to write, hoping that the sun doesn't permanently set on some of the nation's most beloved stages.