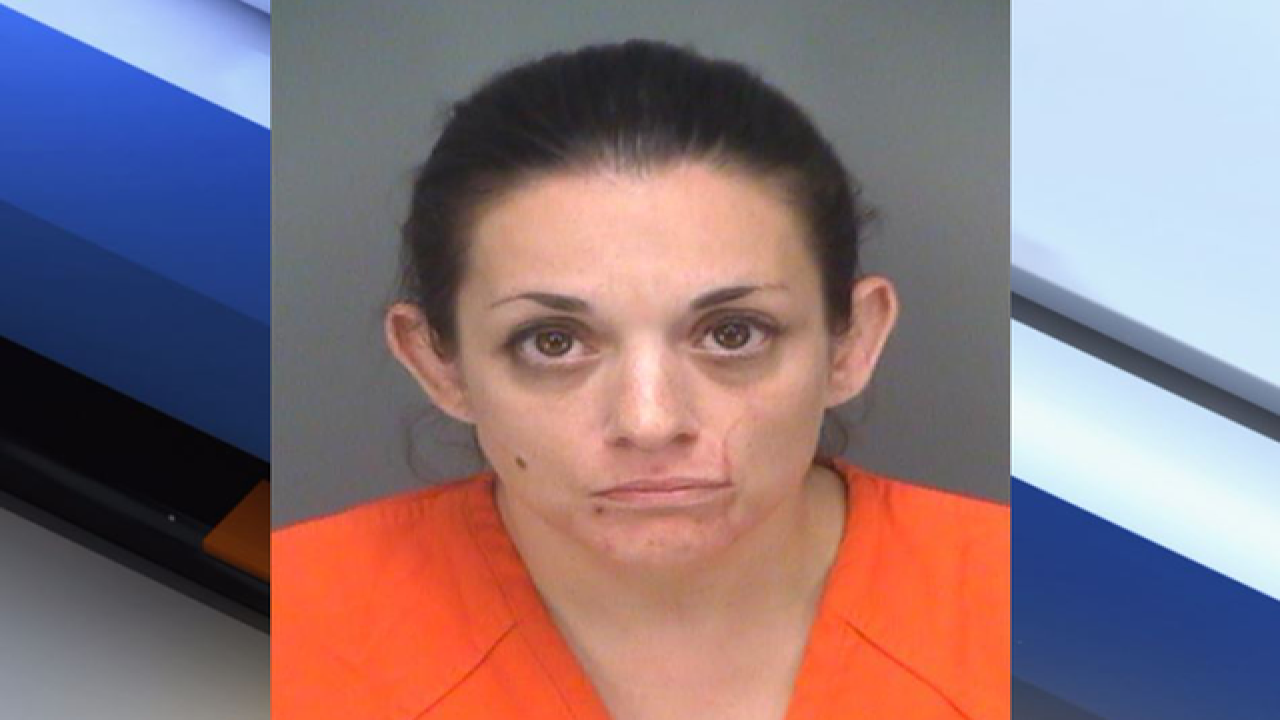 PINELLAS COUNTY, Fla. -- A woman was arrested for child abuse on Sunday after deputies say she placed a 3-year-old girl unbuckled in the front seat of her vehicle and slammed on the brakes, sending the child into the windshield.

Officials say that Justine Olesky, 33, was in a physical altercation with her boyfriend while the child was standing next to her. Once the boyfriend left, Olesky picked up the child and placed her in the front passenger seat without a seatbelt or car seat, according to the arrest affidavit.

Pinellas County deputies say that the child is 3-years-old and weighs approximately 35 pounds.

Deputies say that Olesky then proceeded after her boyfriend and accelerated to high speeds in a residential neighborhood. A witness saw the child in the front seat of the vehicle when they say Olesky was driving roughly 90 mph through the neighborhood.

Once she saw her boyfriend, deputies say she slammed on her brakes causing the child to be ejected forward. This caused the child's head to strike the windshield at such a high force it shattered the windshield roughly 20 inches in diameter.

Deputies say that blonde strands of hair were left in the glass from the child. According to the arrest affidavit, Olesky did not appear to be concerned for the child and continued to talk about her boyfriend even when deputies brought up the child's safety.

Olesky was arrested for child abuse and domestic battery.

Post Miranda, deputies say that Olesky told law enforcement that she does not remember and denies the incident. She did say that the window was not shattered prior to the incident, according to the arrest affidavit.

The child was transported to the hospital. "Luckily no serious injury," the Pinellas County Sheriff's Office told Tampa-based WFTS.