Democrats are in. Sessions is out. Here's what that means for immigration 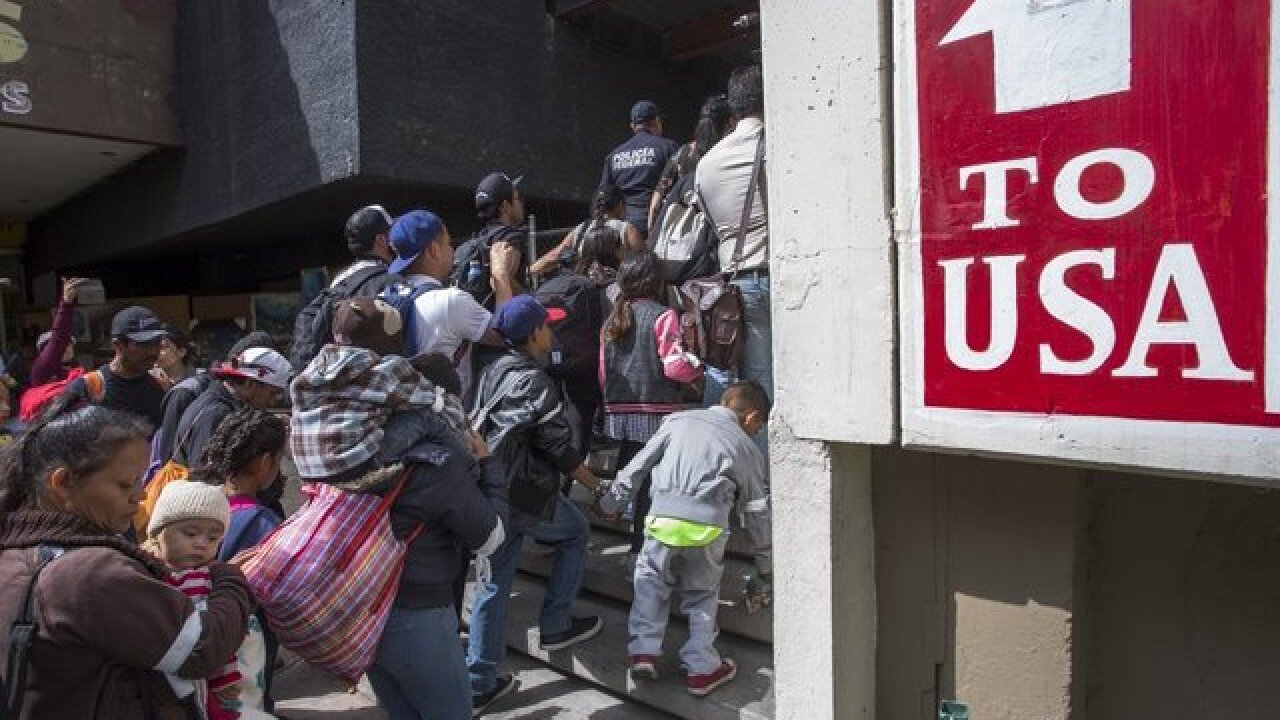 (CNN) -- Two major developments this week stand to change the conversation when it comes to US immigration policy.

Democrats gained control of the House in Tuesday's midterm elections. The next day, President Donald Trump fired Attorney General Jeff Sessions -- a key architect of many of the administration's hard-line policies.

Here's how things could play out going forward:

Courts have blocked the Trump administration's attempt to end Deferred Action for Childhood Arrivals, the Obama-era program that protected so-called Dreamers from deportation. But advocates stress that's a temporary victory for those young undocumented immigrants who were brought to the United States as children -- especially since the Supreme Court might take up the matter. The bottom line, according to advocates: Lawmakers need to do something.

Yes, we've heard this plenty of times before, only to see negotiations fizzle or lawmakers fail to find common ground. But Democratic control of the House gives a new jolt to the push for a legislative solution on DACA. And to efforts to protect other immigrant communities.

"And it creates an opportunity for us to be proactive about policy reforms that will protect immigrant communities from deportation and will keep families together and provide a pathway to citizenship."

But reaching a deal is still harder than it sounds.

Several moderate Republicans who had been pushing for a DACA compromise lost their re-election bids this week.

And the Trump administration has signaled it's going to keep pushing its immigration agenda.

"They're continuing to use every tool in the toolbox," said Tyler Moran, director of The Immigration Hub, which advocates for progressive immigration policies. "They're not slowing down on immigration. They're speeding up."

Trump will still wield power when it comes to enforcement.

The Trump administration entered a new rule into the federal register this week that would block migrants from applying for asylum outside of official ports of entry.

But the asylum rule is another clear example of what the administration has shown time and again: It will take action on immigration, with or without Congress on board.

Some of the administration's most controversial immigration policy moves are going to face a new wave of scrutiny in a Democratic-controlled House, where lawmakers have vowed to increase oversight hearings.

That means we could learn many more previously undisclosed details behind family separations, the administration's decisions to end DACA and TPS and officials' decision to add a citizenship question to the census.

But Democrats don't control the House yet.

And before they do, there's a budget showdown on the horizon in December.

A continuing resolution passed in September effectively tabled a contentious border wall funding fight. But Congress now faces a December 7 deadline to avert a government shutdown, and will have to vote on a spending bill that includes border wall funding.

That's not the only controversial immigration measure that could come up for debate. Another area likely to face pushback from some Democrats: requests for increased funding for immigrant detention beds.

"They're still not in control as we head into this negotiation," Moran said. "Next year, you're going to have more muscle and more fight on that issue."

Trump's next attorney general pick could have a big impact on where things go from here.

While Trump repeatedly chided Sessions publicly, the former attorney general was an effective emissary helping to conceive and carry out many of the administration's hardline efforts.

He reinterpreted asylum law, set quotas for immigration judges and served as a prominent face for the administration's zero-tolerance policy -- which resulted in thousands of family separations at the border -- and for its decision to end DACA.

There's little doubt that whoever Trump picks to fill Sessions' shoes will have a similar mission and ideology.

But there's a key unanswered question: Will the next attorney general be as effective as Sessions was at pulling the right levers behind the scenes?

Some are already expressing their doubts.

Mark Krikorian, executive director of the Center for Immigration Studies, a think tank that advocates restricting immigration, noted that even with a Republican-controlled Congress, no immigration measures were passed. And that will continue for the next two years, he said on Twitter.

"But with Sessions gone," he wrote, "not much of note will get done administratively either."