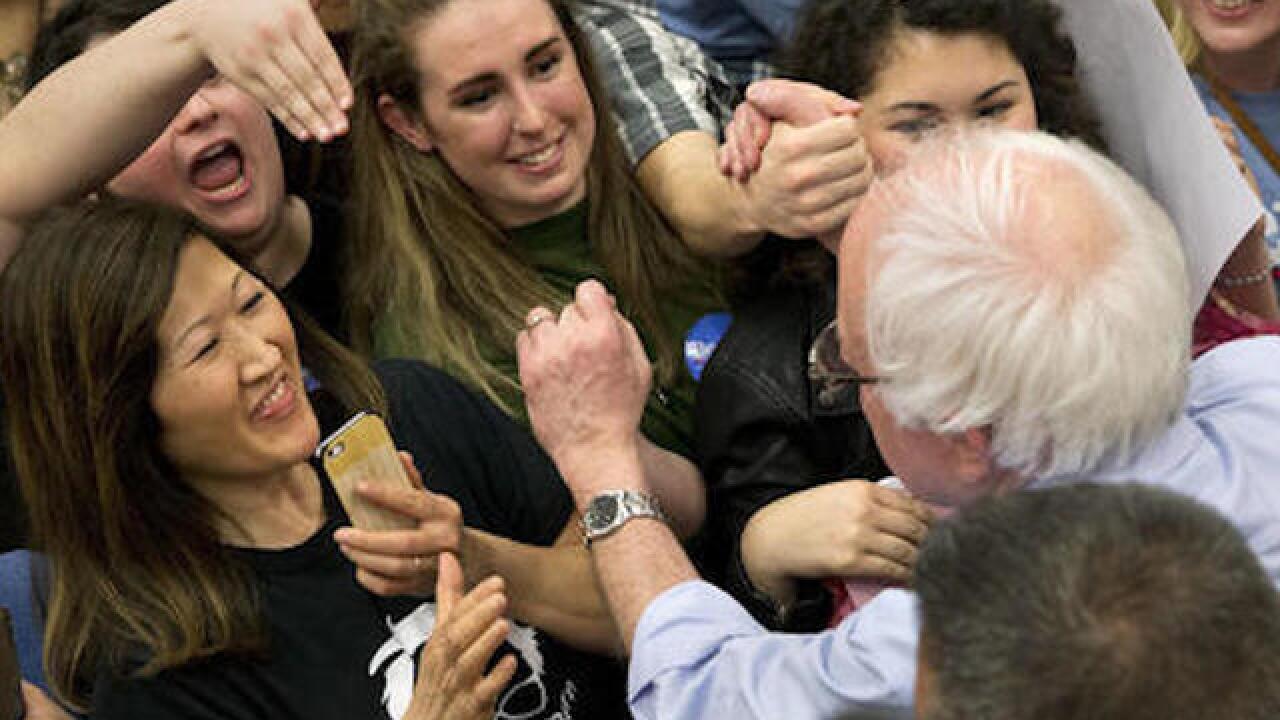 WASHINGTON (AP) — A quarter of Americans get their say in the presidential nominating races on Super Tuesday, sounding off with a giant megaphone.

The two front-runners, Democrat Hillary Clinton and Republican Donald Trump, hope Super Tuesday is definitive for them — signaling the inevitability of their march toward the party nominations.

Clinton challenger Bernie Sanders and Trump rivals Marco Rubio and Ted Cruz are desperate to drag out the drama a little longer.

A guide on what to watch for as voters in a dozen states register their preferences Tuesday night:

If vote margins aren't too tight, expect rolling waves of race calls as polls close in various states: Georgia, Virginia and Vermont at 7 p.m. EST; Alabama, Tennessee, Oklahoma and Massachusetts at 8 p.m.; Arkansas at 8:30 p.m.; Texas, Minnesota and Colorado at 9 p.m.; Alaska at midnight. A big chunk of the electorate votes early in Arkansas, Georgia, Tennessee and Texas, and those early votes will show up quickly in the count, increasing the chances for fast calls in those states. Sorry Sanders, your home state of Vermont tends to be slow to report. And Minnesota, Colorado and Alaska are caucus states that could experience more hiccups than state-run primary states.

Caucuses are local meetings of registered party members organized by the state party. Primaries, on the other hand, are run by the state government and are done by secret ballot at polling stations, similar to the general election.

Watch how Clinton does with minority voters across the South and beyond. If she can replicate the resounding support that she got from black voters in South Carolina, where she was favored by 9 in 10 African Americans, she'll be well situated to nail the nomination. Watch how Sanders does among young-ish voters — not just the youngest. He lost every age group but the under-30 crowd in South Carolina, which is not a big enough slice of the population to get him to a balloon drop at the Democratic Convention.

It's all about Texas for Cruz. After three straight third-place finishes in New Hampshire, South Carolina and Nevada, the Texas senator most likely couldn't survive a Super Tuesday embarrassment on his home turf. A big chunk of that Texas vote already is just waiting to be counted: More than 1.7 million voters cast early ballots in the state, representing 12 percent of registered voters in the two parties and about 7 percent of registered Republicans. Even if Cruz wins the state, he's not guaranteed all 155 GOP delegates; the state awards them proportionally.

With Trump poised for a big Republican delegate haul, his GOP rivals will be searching for any shreds of encouraging news to justify remaining in the race. Can Rubio point to increased margins of support even if he doesn't win anywhere? Will Cruz be celebrating increased strength among evangelicals, from whom Trump has been siphoning support? Can also-rans John Kasich and Ben Carson find anything — seriously, anything — to smile about?

With seven Southern states casting ballots, it's time to see if Clinton can erect the much-talked-of southern firewall. If Sanders can't show strength beyond his Northeast home base in Vermont and neighboring Massachusetts, he'll know he's in big trouble.

Check out the election-night speeches by Clinton and Trump. Do they pivot from their primary election rivals and point themselves toward a potential general-election matchup?

Exit poll data will offer fresh clues about the candidates' potential soft spots. Does Clinton continue to have trouble with voters who place a premium on honesty? Does Trump keep falling short of Rubio among GOP voters who want a candidate who can win in November?

In the end, it's all about the delegates. And about a quarter of them, awarded proportionally, are decided on Super Tuesday. Trump came into Super Tuesday with 82, Cruz, 18, Rubio 16, Kasich 6 and Carson 4. It takes 1,237 to win the GOP nomination. Clinton entered Super Tuesday with 546 delegates — including superdelegates, the party leaders and members of Congress who can support any candidate. Sanders had 87. It takes 2,383 delegates to win the Democratic nomination.