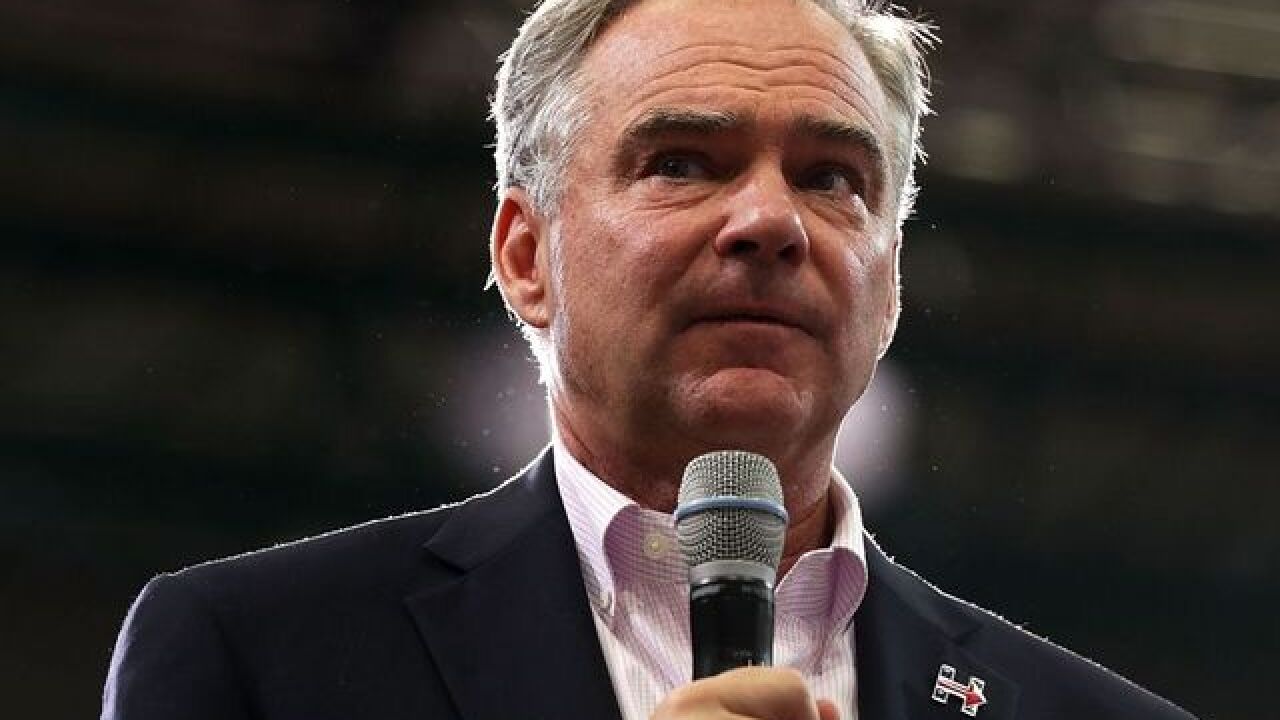 GAINESVILLE, Fla. (AP) — Tim Kaine is shrugging off any possibility that he could be embarrassed by the release of hacked emails.

WikiLeaks, which has been posting stolen emails from Hillary Clinton's campaign manager John Podesta, has twice taunted the Democratic vice presidential candidate that he's in for a "surprise." U.S. intelligence officials say the leaked Podesta emails are part of a series of high-profile computer hacks of Democratic targets orchestrated by the Russian government.

In an interview with The Associated Press on Saturday in Boston, Kaine said he's a "regular human being" and he has nothing to be "overly embarrassed about."

Kaine, whose affable nature has led to numerous internet dad jokes since he was tapped by Clinton to be her running mate, said it's not his style to write nasty emails that could come back and haunt him.

"I would say it would not be my norm. I do have a temper so, I mean, I imagine I've got an email or two out there that people might find unusual," Kaine said.

He pointed out that thousands of emails from his time as Virginia governor have already been made public and that there's nothing in them that's proved a major embarrassment.

Kaine has routinely questioned the authenticity of WikiLeak's releases and said the emails were hacked as part of an unprecedented effort by the Russian government to try and influence the presidential campaign. Both Russia and WikiLeaks have denied that charge.

It is impossible to authenticate each hacked email that WikiLeaks has published, but Democrats have openly acknowledged they were hacked and have not pointed to any specific case where an email was altered to inflict political damage.

WikiLeaks' taunts appear connected to Kaine questioning the validity of the emails in public. The group taunted Kaine on Sunday after he appeared on NBC's "Meet the Press," where he called release of the emails part of a Russian propaganda effort.

Kaine said he's aware he could be prime target of a hostile foreign government, but he's determined not to be distracted in the final days before Election Day.

"I've been very good in my political life of not letting people throw me off my game," Kaine said.