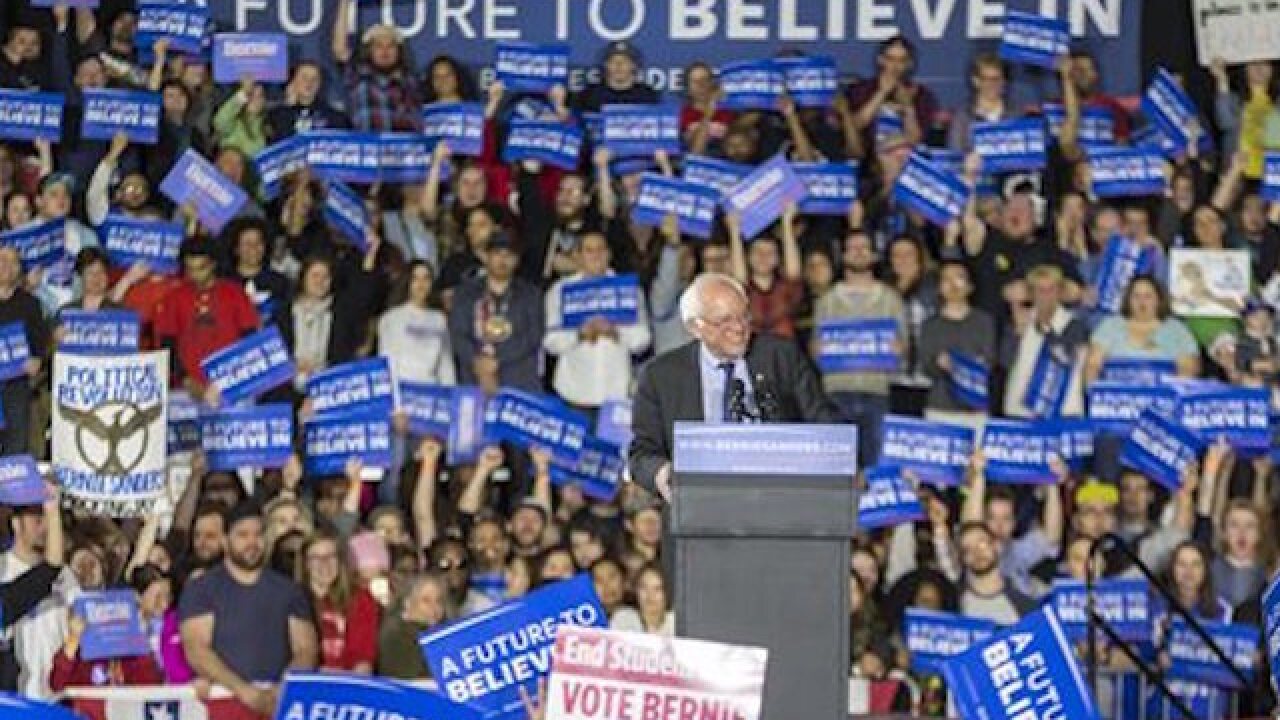 NEW YORK (AP) — Democratic presidential candidate Bernie Sanders says his campaign has raised more than $39.7 million in March and is aiming to surpass $43.5 million for the month.

Sanders and Hillary Clinton are facing monthly fundraising deadlines Thursday in their primary contest. Sanders raised more money than Clinton in February but the former secretary of state has maintained an advantage in cash on hand.

The fundraising is important as the Democrats prepare for next week's Wisconsin primary and New York's primary on April 19.

Clinton is campaigning in the suburbs of New York City on Thursday while Sanders holds events in Pittsburgh and New York City.