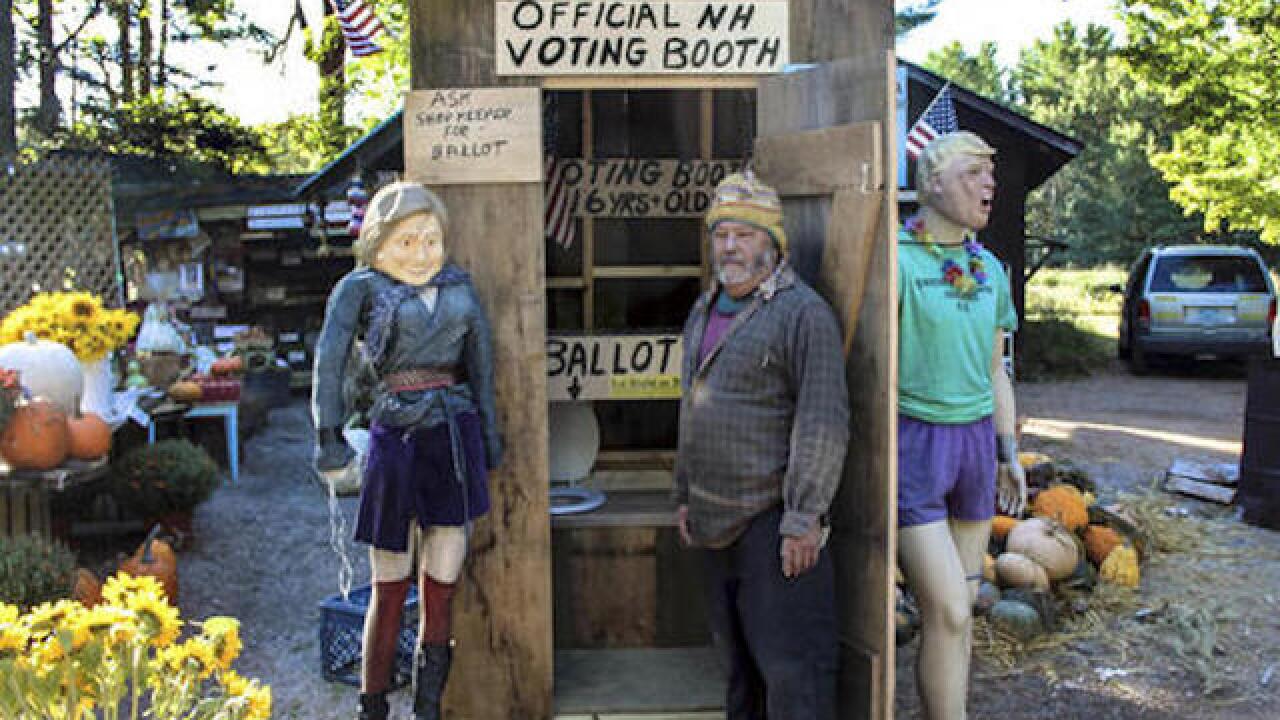 ASHLAND, N.H. (AP) — A week before Election Day, a New Hampshire farm stand owner has decided to tally customers' votes for president from an outhouse-turned-fake-voting booth. The winner: Hillary Clinton.

Chris Owens, of Ashland, built the device with mannequins of Democrat Clinton and Republican nominee Donald Trump, and toilets to cast ballots.

New Hampshire Public Radio reports (http://bit.ly/2fAeCXa) with 721 ballots cast in the last month or so, the results of the 2016 Outhouse Vote are 413 votes for Clinton and 165 for Trump. There were 101 votes combined for Libertarian candidate Gary Johnson and Green Party candidate Jill Stein, 40 write-in votes for Democrat Bernie Sanders, and 2 vote for Pinocchio.

Regarding the Pinocchio votes, Owens said, "At least we know when they're lying."