Clinton ahead by double digits in national poll 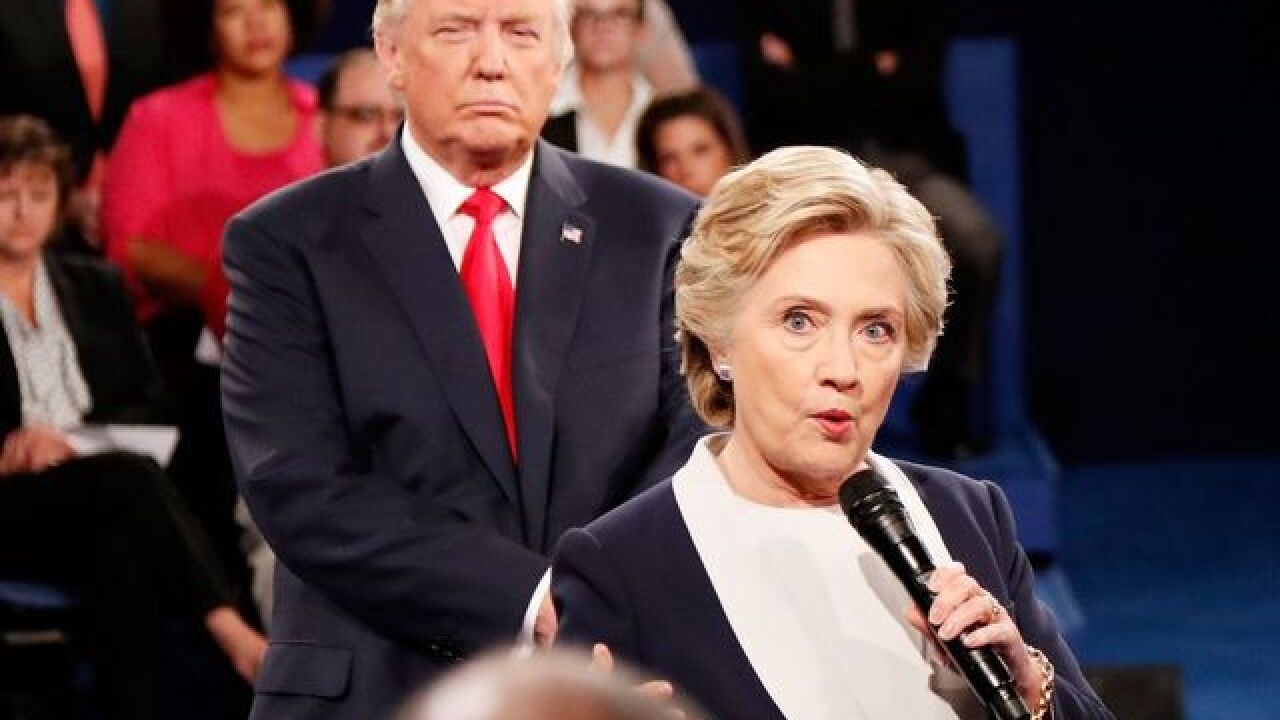 In one of the first national polls released since a video containing lewd comments by Donald Trump from 2005 was made public on Friday, Democratic nominee Hillary Clinton has now taken an 11-percent lead over Trump in a four-way race.

The poll was released on Monday by NBC News and the Wall Street Journal. The poll showed Clinton defeating Trump in the national popular vote by a 46-35 margin in a four-way race that includes Gary Johnson and Jill Stein. In a two-way race between Trump and Clinton. the Democrat won 52-38 among likely voters.

Of those surveyed, 72 percent found the comments Trump made about women as either inappropriate or unacceptable. Also, 38 percent said the comments were disqualifying.

The poll marks a stark difference in the race from two weeks ago. At that time, Trump was essentially tied with Clinton in national polls, and showing that a Electoral College victory was within reach. Since then, Trump has faced not only the controversy surrounding his taped sexual comments, but as well as a failed first debate performance, and the release of his 1995 tax return.

State polls in Ohio, North Carolina and Florida went from Trump either being tied or slightly ahead of Clinton to now trailing her. In states such as Michigan and Pennsylvania, Clinton has seen her lead grow from low single digits to roughly 10 points ahead.

Also, a poll of Arizona voters from Emerson College shows Clinton ahead by 2 percent. A Democrat has not won Arizona since 1996.