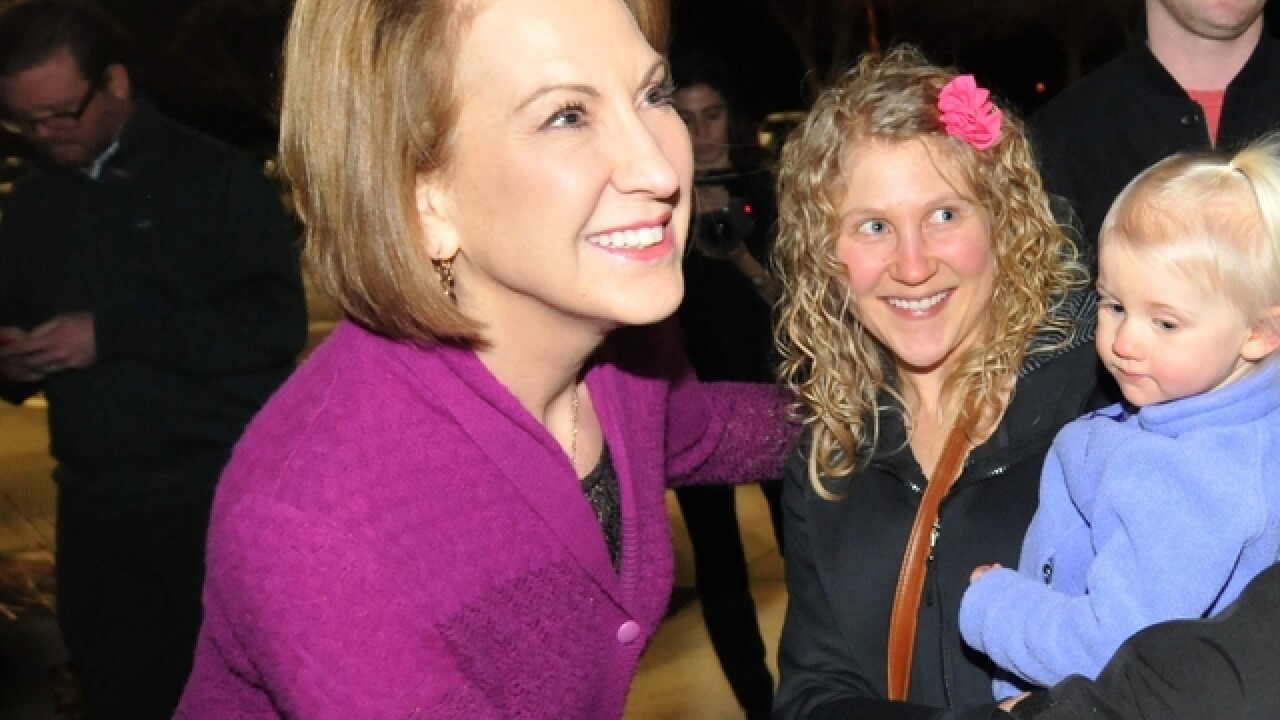 Ted Cruz's campaign says his choice for running mate, Carly Fiorina, is uninjured after falling on the campaign stage.

Cruz spokeswoman Catherine Frazier says Fiorina missed a step Sunday but was uninjured and continues to campaign on behalf of the senator in Indiana.

Footage of the incident shows Fiorina dropping quickly, with Cruz apparently unaware as he enters and waves to the crowd. Fiorina re-appears a couple seconds later and is seen hugging Cruz's wife Heidi.

The stumble comes as Cruz is trying to shake off the perception that his campaign is in trouble heading into the Indiana primary on Tuesday. Cruz has vowed to keep up his campaign as long as he has a viable route to winning the GOP nomination.