Analysis: What will a Trump presidency mean? Who knows? 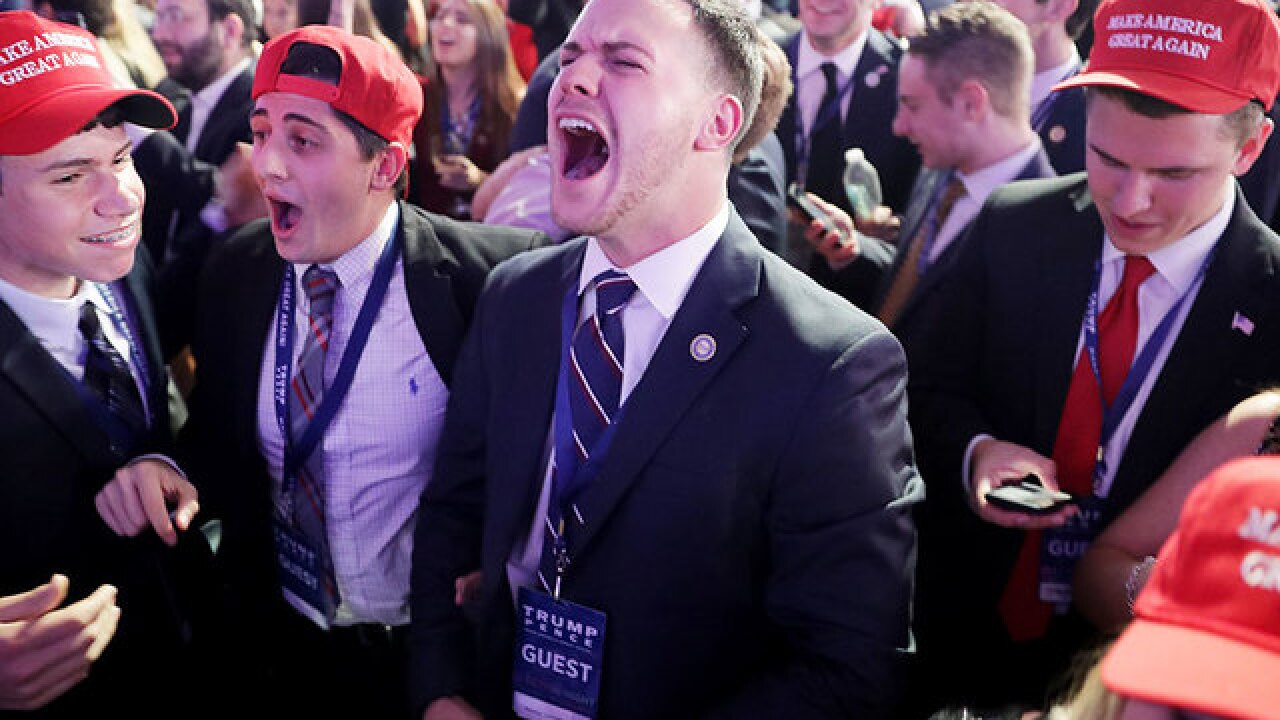 Historians instruct journalists that the great events they witness are rarely as momentous as they appear once seen in the sweep of history.

If there was ever a time to ignore that old wisdom, it is now. History was made on Election Day 2016 on a grand scale and in bizarre style. The nation is stunned, incredulous and disoriented — even the victors.

In more than two centuries, America has never seen anything like the election of Donald J. Trump. It has been our weirdest election and one of the most divisive and ugly. But what it will mean for the country in tangible ways over the coming years is largely unknowable. America is entering a political abyss; some are enthusiastic and empowered, others terrified. Overstatement is impossible.

Trump did not win the majority of the vote. Many who opposed him are not just disappointed; they are scared and despondent. For many a paraphrase of Gerald Ford’s famous words from 1974 seems apt: “My fellow Americans, our long national nightmare has just begun.”

Trump’s path to victory was straightforward, no matter how unorthodox.

Early in the campaign, he struck a powerful chord with white voters, heavily male, who have slid down the ladders of income, education and opportunity over many years. He earned their allegiance and held on to it till Election Day. He didn’t expand his base very much and it turns out he didn’t need to.

As Trump broke all the rules and good manners of politics, as he insulted whole groups and unknown “little people,” as he spread known falsehoods and conspiracies, as he was caught saying awful things on tape, his followers seemed to become more ardent and committed. He defied the laws of political gravity.

He was blessed to have an opponent only a tad less unpopular than he, though she carried 24 years of baggage with her. It was a stage with two unpopular actors, lit by glaring voter disgust, frustration and mistrust. Trump was the new and the better, more outrageous performer. It seems that mattered.

Donald Trump never led in the polls for more than a few days. The near universal view of professional prognosticators, statisticians and bettors was that Clinton would win in a close race. They were all wrong and I suspect they will want to know why for many moons.

Trump will have a Republican Congress to work with. It is fair to call his win a landslide, probably the most unlikely one ever.

Trump has been vague and inconsistent on many big issues. He has not assembled the standard team of world-class advisers — former Cabinet members, top military people, economists, members of Congress and former members. His top aide just moved to the campaign from Breitbart.com.

The Republican establishment, as Trump calls them, went through phases of resisting and softly undermining him. By Election Day, they were in Trump’s camp with few exceptions, though perhaps reluctantly.  Is that GOP establishment celebrating or hitting the bottle tonight? Some of each most likely. High drama in the party is on the horizon.

Some actions from a Trump administration do seem highly likely.  He will try to make conservative appointments to the Supreme Court and Merrick Garland’s nomination is kaput. This will have great impact for many years.

Trump promised to repeal Obamacare and will have the support of Congress. What will replace that program is anyone’s guess. The Trans-Pacific Pact is likely dead.  Tax cuts are almost certain.

Will he really build a wall, deport all the undocumented immigrants, ban all Muslims, impose “stop and frisk” on police, fire all the generals and strong arm NATO for big bucks — or else? Will he manage to assemble a staff Americans will trust? Who knows? The list of “who knows” is long.

For sure the rhetoric and behavior of this American president will be unlike anything we’ve ever seen, even in madcap comedies. How will the American people and the rest of the world respond? Who knows?

How will the Democrats respond when they emerge from their fetal positions? Their weapons are few since they are in the minority now. Pro-Trump Republicans must feel like Lazarus tonight.

This campaign was bitterly divisive; we all know that.

The partisan divide is the least of the raw fissures that deepened over race, education, money, immigration and basic worldviews. There will be predictions of increased, perhaps violent social unrest in the coming days. Many, including long lists of prominent conservative intellectuals and policy-makers, believe Trump intends to attack basic constitutional systems. Top national security officials and experts view Trump as unstable and renegade.

These questions and challenges are the tip of an unexplored iceberg.  In some ways, a whole new campaign began on Election Day.

Truth is, this quick, high-speed analysis of Trump’s historic victory might understate how deep the potential disruptions and risks of a President Trump might be — and how troubled the country is today.

Trump was elected through our constitutional process that has endured great threats over 227 years and will endure centuries more, we hope.  In the small sweep of history, however, we might be entering a period of profound instability and alienation that will demand great vigilance and engagement from America’s disenchanted citizenry.