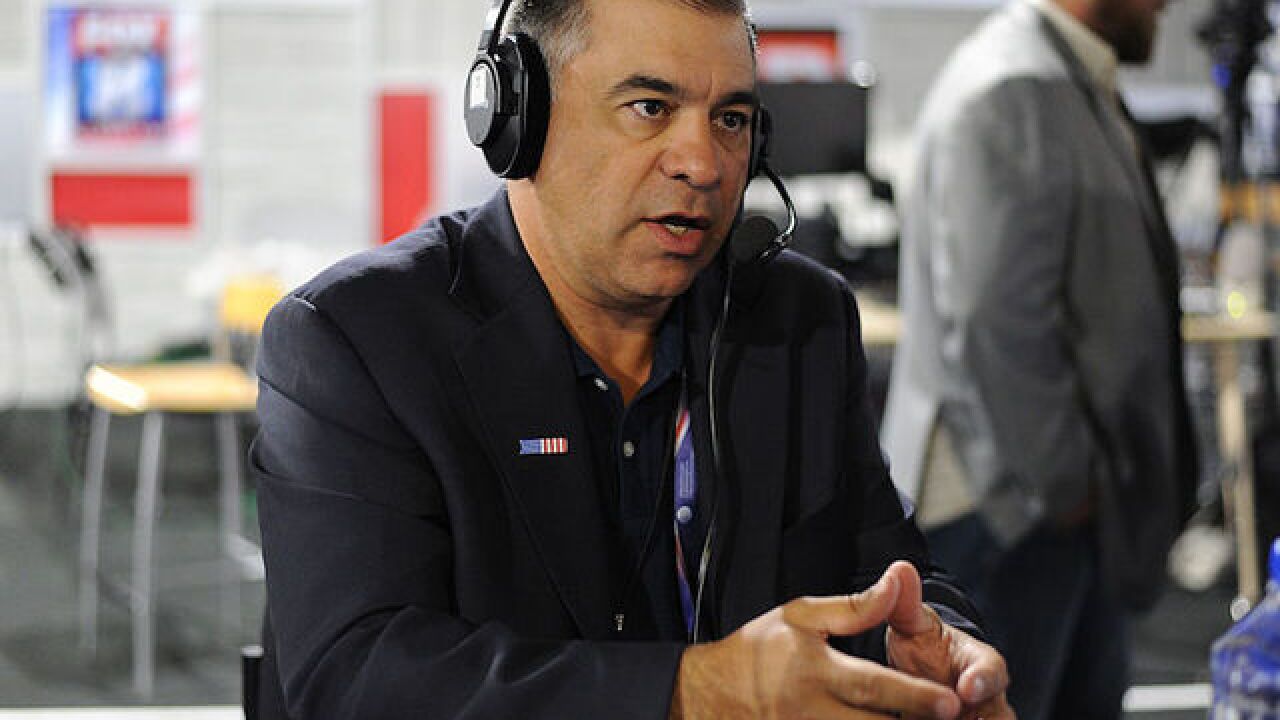 Image copyright 2018 Getty Images. All rights reserved. This material may not be published, broadcast, rewritten, or redistributed.
&lt;p&gt;David Bossie, President of Citizens United, talks with Stephen K. Bannon while appearing on Brietbart News Daily on SiriusXM Patriot at Quicken Loans Arena on July 21, 2016 in Cleveland, Ohio.&lt;/p&gt;

Fox News is distancing itself from a racist remark made by one of its paid commentators on Sunday.

The commentator, David Bossie, was arguing on "Fox & Friends" with Democratic strategist Joel Payne, who is black. He told Payne, "you're out of your cotton-picking mind."

Payne was stunned by the remark. He told Bossie had had "some relatives who picked cotton, and I'm not going to sit back and let you attack me on TV like that."

Bossie, a veteran conservative activist, was a deputy campaign manager on the Trump campaign. He also served as a deputy director of Trump's transition team. He joined Fox News in February 2017.

Fox declined to comment on whether Bossie would be suspended in the wake of the on-air controversy.

But in a statement, a Fox News spokesperson said "David Bossie's comments today were deeply offensive and wholly inappropriate. His remarks do not reflect the sentiments of Fox News and we do not in any way condone them."

Four and a half hours after the TV segment, Bossie tweeted an apology.

"During a heated segment on 'Fox & Friends' today, I should have chosen my words more carefully and never used the offensive phrase that I did," he wrote. "I apologize to Joel Payne, Fox News and its viewers."

The banner on screen during the segment said "PUNDITS CALL TRUMP SUPPORTERS RACIST, NAZIS." The segment was supposed to be all about heated rhetoric.

After the "cotton picking" comment, Bossie again said to Payne, "You're out of your mind."

He moved on, but came back after a break to "address what just happened."

"I want to make clear Fox News and this show, myself, we don't agree with that particular phrase," Henry said. "It was obviously offensive, and these debates get fiery. That's unfortunate."

Payne had no immediate response after the segment ended.