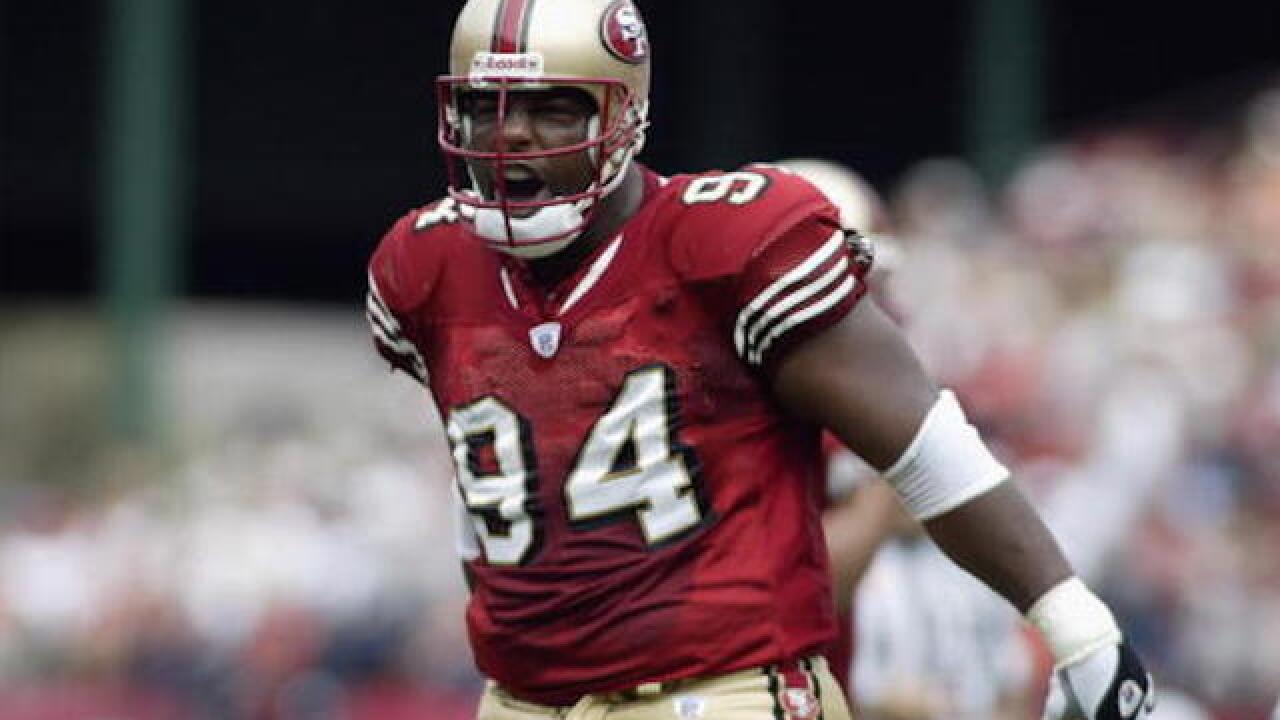 &lt;p&gt;SAN FRANCISCO - SEPTEMBER 15: Dana Stubblefield #94 of the San Francisco 49ers celebrates on the field during the game against the Denver Broncos at Candlestick Park on September 15, 2002 in San Francisco, California. The Broncos won 24-14. (Photo by Jed Jacobsohn/Getty Images)&lt;/p&gt;

The Santa Clara County District Attorney's Office said Stubblefield, 45, assaulted the woman on April 9, 2015 at his Morgan Hill home after interviewing her for a baby-sitting job. He is charged with five felony counts and faces a "substantial prison sentence" if convicted.

A day before the assault, Stubblefield contacted the then 31-year-old woman on a baby-sitting website and arranged an interview, prosecutors said.

"This was a crime of violence against a vulnerable victim," Deputy District Attorney Tim McInerny said. "She was looking for a job, and she was unconscionably assaulted."

Bail for Stubblefield is set at $250,000. His arraignment is scheduled to take place within 24 hours.

It wasn't immediately clear if Stubblefield had an attorney who could comment on his behalf.

According to a report by the Morgan Hill Police Department, the interview lasted about 20 minutes. She later received a text from Stubblefield saying he wanted to pay her for her time that day and she went back to the house, the San Jose Mercury News reported.

After raping her, Stubblefield gave her $80 and let her go. The woman immediately went to the Morgan Hill Police Department and reported the rape. DNA evidence matched that of Stubblefield, the report said.