A club scout in Pasco Co. is making history for being made up entirely of girls. 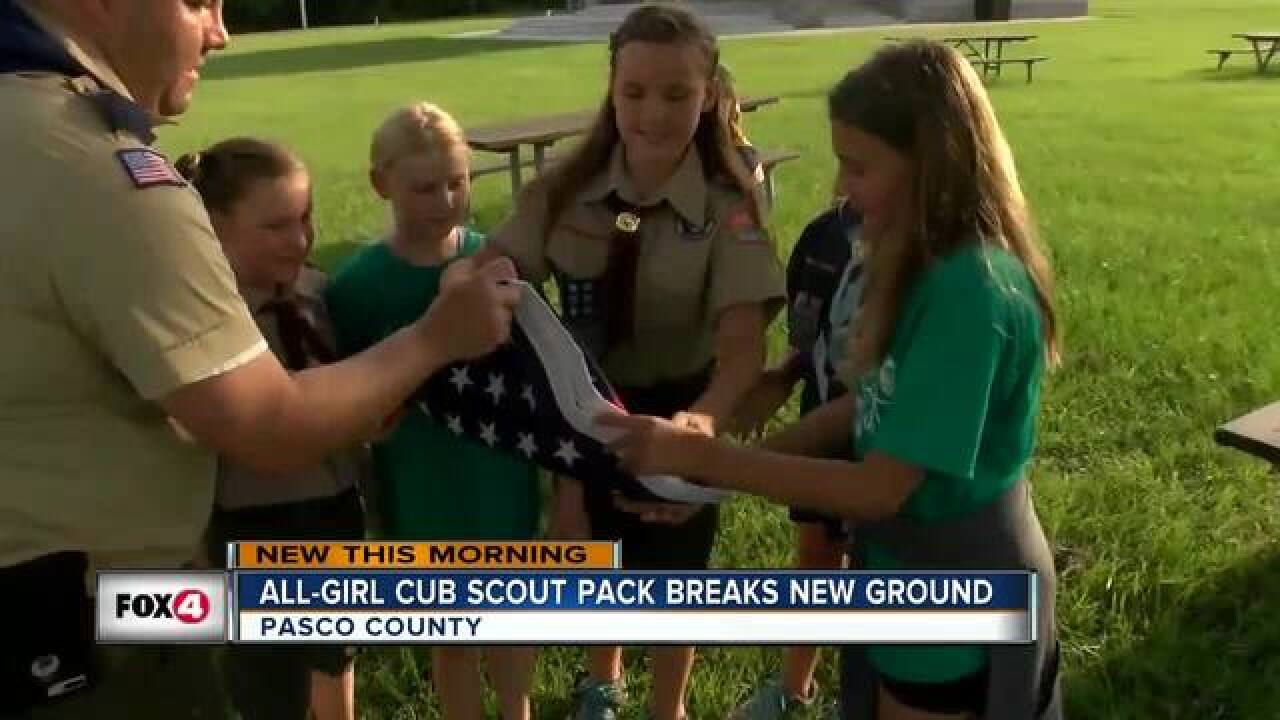 PASCO COUNTY, Fla. — A Cub Scout pack in Pasco County, Florida is making history for being made up entirely of girls, which is a first for the region.

A recent decision to allow young women into the Boy Scouts of America got a mixed reaction. There have been all-girl Cub Scout packs cropping around the country since the change, such as Cub Scout Pack 363 in Texas.

One of the Cub Scout members in Pasco County, Juliette, says eventually she wants to go into the Girl Scouts.

She wanted to join Pasco County's Cub Pack 537 first because she says she loves making tents. Her dad says he loves that his daughter now has more options.

"Seeing these girls light up when we're putting together tents and doing outdoor activities, it just makes me happy as a longtime scout. Some kids have never camped before. Some will never camp again, but this will allow them to do just that," says Eric Cupps.