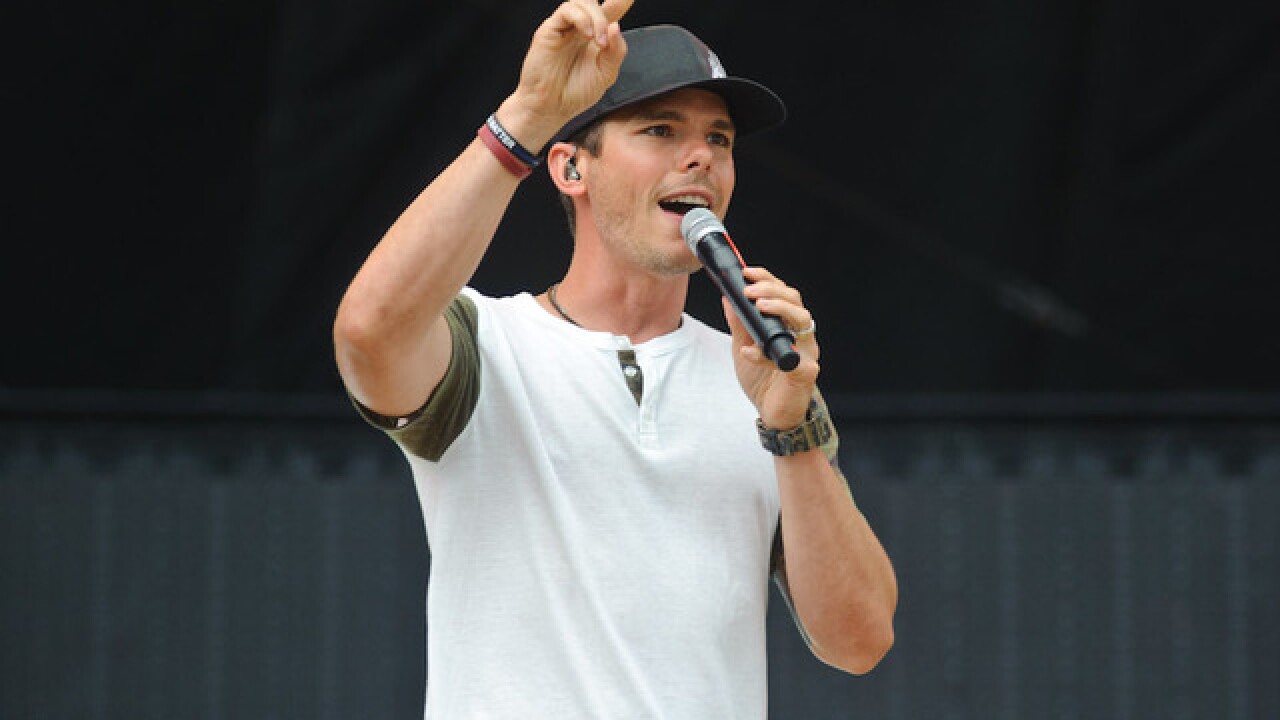 SAYREVILLE, N.J. (AP) — Country music artist Granger Smith was able to continue performing after falling from a stage in New Jersey, but was later hospitalized.

A spokeswoman said in a statement Smith shared on Twitter that he fell while singing at the Starland Ballroom in Sayreville on Friday night.

Smith was being treated for two broken ribs and a punctured and partially collapsed lung.

Smith was standing on an audio monitor when it gave way and he fell into a metal barricade. He got back up and continued performing.

The fact that @GrangerSmith got up to sing after 2 broken ribs and a punctured lung just proves he's a country boy. Get well soon buddy! pic.twitter.com/PNCSFT2bOE

He says he took a pretty hard spill but hopes to be out of the hospital soon to head home to his family in Texas.

Shows this weekend in North Carolina and Texas were canceled. Information about future shows will be released later.