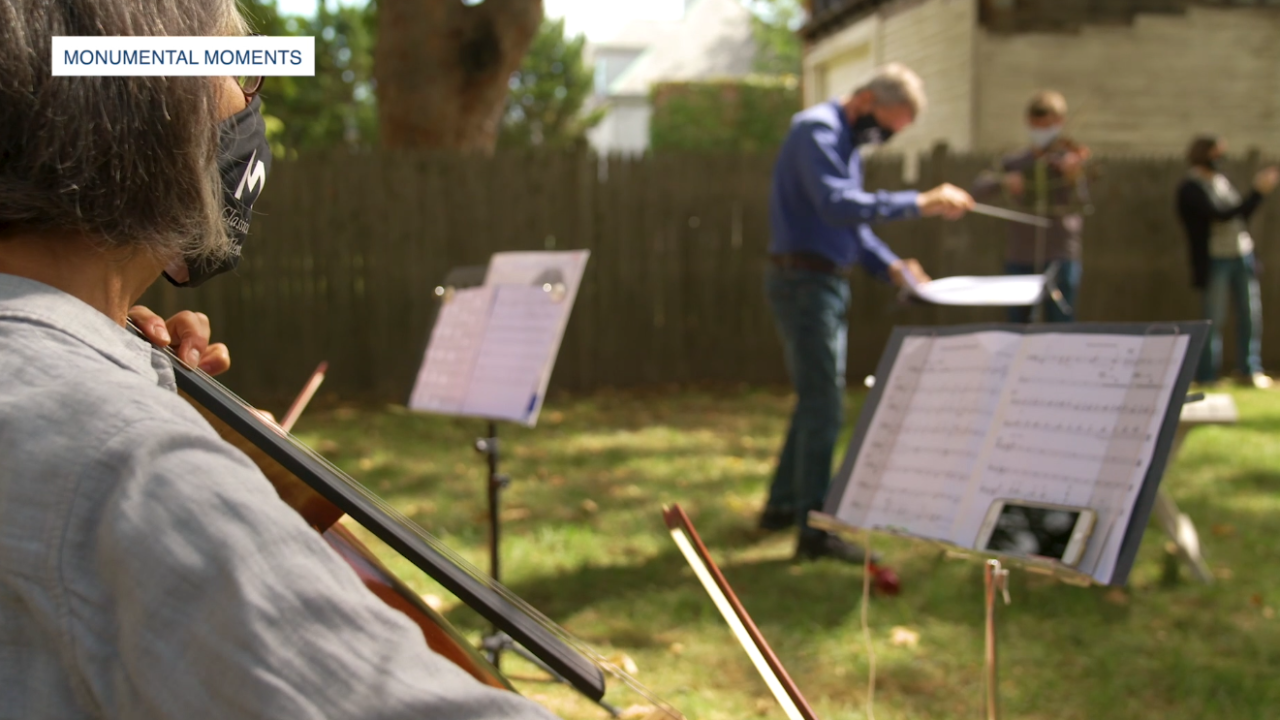 A new campaign featuring the world's only classical music organization created for people with mental illness has teamed up with advocates to honor mental illness awareness week. They're using social media to bring people together to share how we're all getting through 2020.

In a socially-distanced way, musicians gather outside with masks on to rehearse and get ready for a big, monumental moment.

“My husband is the driving force here, he’s a brilliant conductor. His name is Ronald Braunstein and he conducted all over the world, he also has a diagnosis of bipolar disorder,” said Caroline Whiddon. She's the co-founder and executive director of the Me2 Orchestra.

She said, “we have musicians living with bipolar disorder schizophrenia, substance abuse disorders, OCD, PTSD, depression and anxiety, that’s my diagnosis, it runs the gamut and we’re all constantly learning from each other."

When there's not a pandemic, the orchestra, which Whiddon describes as a "traveling band", travels everywhere. They're working to erase the stigma of mental illness through their collective and talented musical voices.

"We play both in traditional concert venues like recital halls or city hall but what’s exciting for us, we go into non-traditional venues, we play in gymnasiums at correctional facilities, at addiction treatment centers, hospitals, those types of people.”

They work, Whiddon says, to normalize the challenges and show their successes. She also says if you were to watch the Me2 Orchestra members perform, you would never know anyone had any sort of mental illness.

"I’m always telling people, 'if you were to pop in, it would just look like an orchestra rehearsing.'”

Now, they're working on a brand new piece. They're using their music to encourage others to share their "monumental moments" on social media.

In doing so, pharmaceutical company Neurocrine Biosciences will donate to mental health organizations.

“Music is really like medicine, it increases the flow of our positive neurotransmitters which are our brain's hormones, things like dopamine and serotonin which we’ve all heard of that tend to boost our mood or make us feel more calm or more joy, those things increase in the settings of just listening to music. It can be that simple."

Cohen says, in a time when people are more stressed and anxious then ever, mental health is more challenged than ever. Which means treatment is more necessary than ever. And watching those with mental illness perform can be therapeutic. For all of us.

Cohen said, “It really is a good place where you can go, listen, see how talented people are and because they’re speaking out about it you’re like wow this person who’s leading the orchestra, super high functioning but still struggles and is speaking about it can be really inspirational and uplifting to hear these stories.”

That new score will premiere virtually on October 28th. The hope is that everyone will join together, regardless of their challenges.