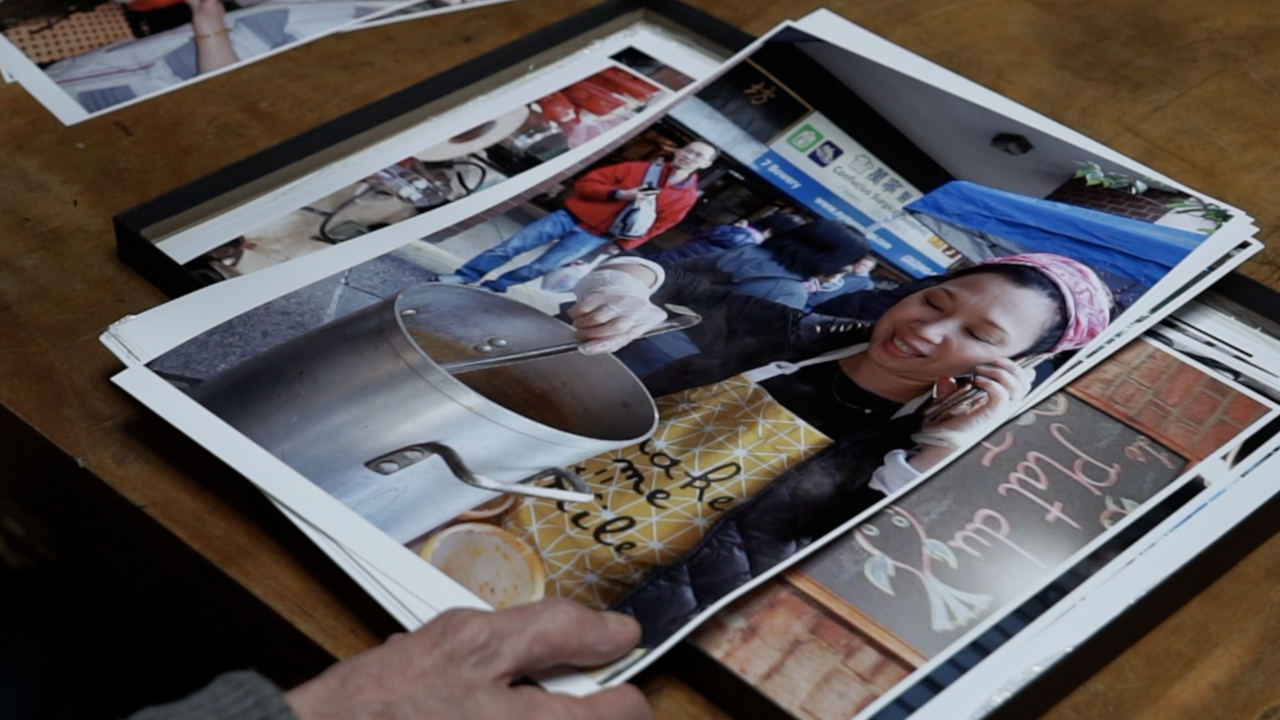 NEW YORK, N.Y. -- The New York Police Department has launched a first-of-its-kind task force to tackle the rise in hate crimes committed against Asian Americans amid the COVID-19 pandemic.

“I’m from Malaysia but I’ve been here 30 some years,” Mei Chau explained from her loft apartment in New York City.

Chau is a chef and owner of Aux Epices, a French Malaysian restaurant in New York’s Chinatown. “It’s actually a French name. It’s called with spice.”

Due to COVID-19, regulations and a lack of tourists, Chau was forced to close her doors in June.

“At the same time, I'm also glad that I closed because of the difficulty that I have to face,” she explained.

Aux Epices is just one of the many businesses lining Chinatown’s streets that’s been hit hard, in more ways than one.

“When the first news came out saying, Oh this came from China, of course right away we’re like, oh is this going to affect us?” Chau explained. “And of course it affected us.”

Chau says businesses in Chinatown started closing, one by one.

“As with any pandemic, we have people that would like to blame another group for the issue and this time is no exception,” said Wellington Chen, Executive Director of the Chinatown Partnership. “We understand, we’re sensitive to the pain, the loss, the death and the loss of job, the economic devastation. But we are in it just as much as anybody else.”

Chen said Chinatown doesn't have enough visitors to recover. Normally packed streets are empty, but worry over another issue fills the air.

“The number of anti-Asian harassment or hate crime has risen since the pandemic broke in Wuhan,” he said.

“As far as I know, we are the first police department to have an Asian hate crime task force,” said Stewart Loo, the Commanding Officer of the New York Police Department’s Asian Hate Crime Task Force.

The unit was announced in May to tackle the rise in hate crimes against Asian Americans. The agency has investigated 26 cases this year, up from three last year.

“When I was 7 years old, I immigrated to America with my mom and my dad. When we got here, my dad took a job delivering Chinese food in Manhattan North, and during his time here, on more than one occasion, he was a victim of robbery,” he said. “We had to go through the process on the other side without having somebody that speaks our language.”

“There is a lot of mistrust in the police department, especially in the Asian community, where the general public doesn't like to get involved too much even when they are victims of a crime,” Task Force Officer Jacky Wong said.

They both explained breaking down the language barrier will help, as it did in Officer Wong’s first case.

“I spoke to her in Cantonese, so I built a little rapport with her,” he said. “She was able to give us information that led to identifying those two suspects, which led to their apprehension.”

“I’m glad the city is sending out this task force,” Chau said. “I won’t venture out to some place I’m not familiar, because it is, the fear it's there.”

Not everyone believes police involvement is the right answer.

“I think that the task force might be a band aid solution for the problem," said Jennifer Wang, Deputy Director of Programs for the National Asian Pacific American Women's Forum.

The organization was one of 26 Asian American organizations in New York that signed a letter saying they were against the creation of the task force.

“The problem at its core might actually be that Asian Americans, we are a community of color and it’s very hard to trust that law enforcement will protect us,” Wang said.

“Personally I would have never called the police in any of these situations I have encountered,” said Allison Park, also part of the Women’s Forum.

She shared a few of her experiences from back in February.

“I was on the subway and a group of I believe to be middle schoolers started coughing on each other and began shoving each other toward me. This really would not have been as big of a deal for me if it hadn't been for two prior incidents I had in San Francisco and [Washington] D.C.” she said.

“This is absolutely very important for people that are victimized to come forward and press charges, because you could prevent another hate crime down the road,” Wong said.

“To change people’s mind is not one day to another,” Chau said.