Nearly 25 million jobs could be lost worldwide due to pandemic, UN agency says 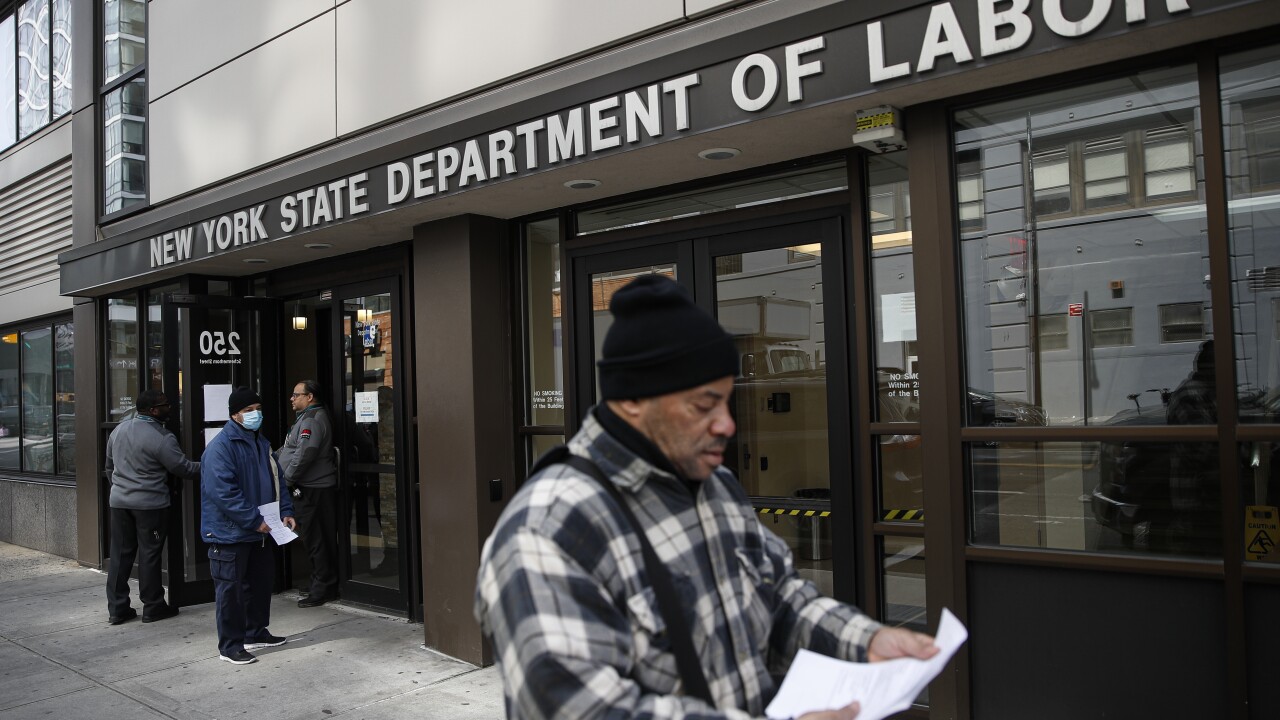 Visitors to the Department of Labor are turned away at the door by personnel due to closures over coronavirus concerns, Wednesday, March 18, 2020, in New York. Applications for jobless benefits are surging in some states as coronavirus concerns shake the U.S. economy. The sharp increase comes as governments have ordered millions of workers, students and shoppers to stay home as a precaution against spreading the virus that causes the COVID-19 disease. (AP Photo/John Minchillo)

GENEVA, Switzerland – Nearly 25 million jobs could be lost worldwide as a result of the coronavirus pandemic, the International Labour Organization (ILO) said Thursday.

According ILO’s assessment, that 25 million number is the “high” scenario, but if we see an internationally coordinated policy response, then COVID-19’s impact on employment could be significantly lower.

In a “low” scenario, the agency estimates about 5.3 million jobs could be lost from a base level of 188 million jobs in 2019.

ILO says underemployment is also expected to increase on a large scale, as the economic consequences of the virus outbreak translate into reductions in working hours and wages.

Falls in employment also mean large income losses for workers. ILO’s study estimates these as being between $860 billion and $3.4 trillion by the end of 2020.

“This will translate into falls in consumption of goods and services, in turn affecting the prospects for businesses and economies,” wrote ILO.

The ILO estimates that between 8.8 and 35 million more people will be in working poverty worldwide, compared to the original estimate for 2020, which projected a decline of 14 million worldwide.

“This is no longer only a global health crisis, it is also a major labour market and economic crisis that is having a huge impact on people,” said ILO Director-General Guy Ryder. “In 2008, the world presented a united front to address the consequences of the global financial crisis, and the worst was averted. We need that kind of leadership and resolve now.”

ILO warns that certain groups will be disproportionately affected by the jobs crisis, which could increase inequality. These include people in less protected and low-paid jobs, particularly youth and older workers, as well as women and migrants.

“In times of crisis like the current one, we have two key tools that can help mitigate the damage and restore public confidence. Firstly, social dialogue, engaging with workers and employers and their representatives, is vital for building public trust and support for the measures that we need to overcome this crisis. Secondly, international labour standards provide a tried-and-trusted foundation for policy responses that focus on a recovery that is sustainable and equitable. Everything needs to be done to minimize the damage to people at this difficult time,” concluded Ryder.