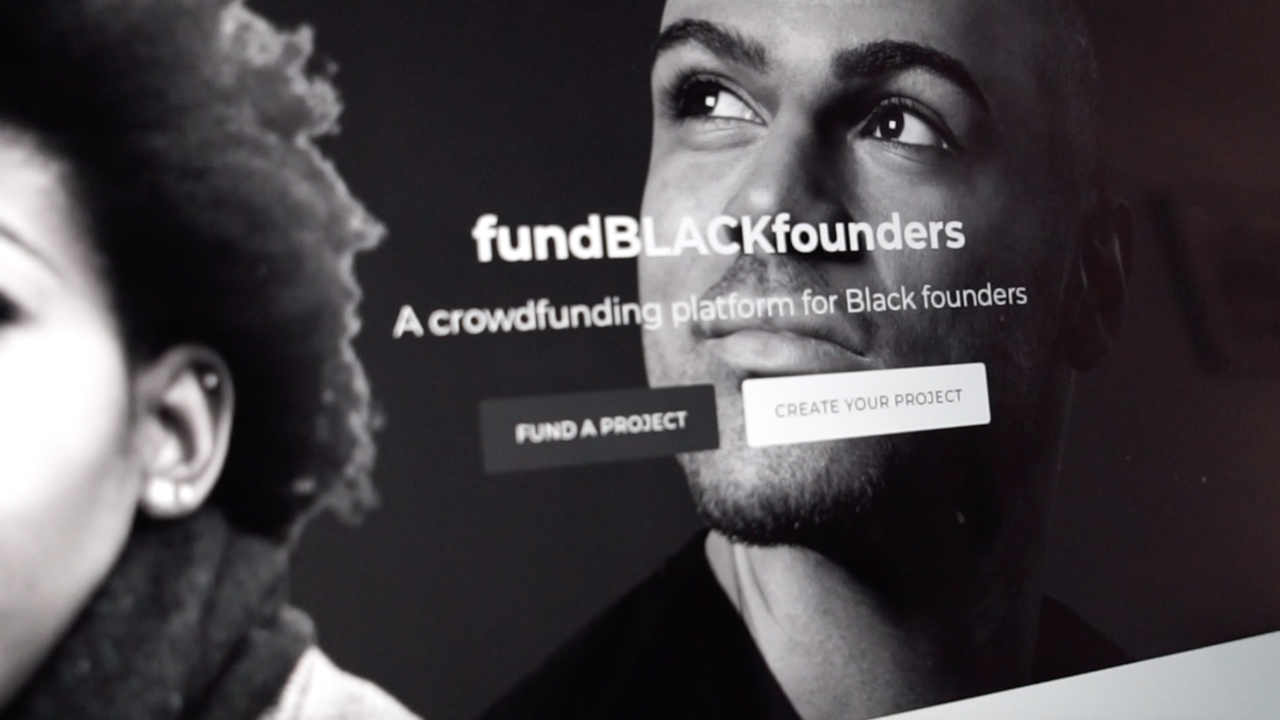 In the midst of an economic downtown, small businesses had to figure out how to stay afloat. The website fundBLACKfounders launched earlier this year, and is providing a platform to help small businesses that are in need, or are looking to launch.

“We offer a boutique movie-going entertainment experience,” Kendra Tucker explained. She helps run Next Act Entertainment. The idea for the Maryland business started in 2018, in part with co-owner Anthony Fykes.

“2019 we opened up the theater. We took up a 1938 Art Deco theater right outside of Baltimore,” Fykes explained. “And we basically renovated it.”

“During this time we knew that we just needed to survive as most small businesses do, and we had a lot of guests that were asking us about, How can we support you?'” Fykes said.

For some businesses, closures weren’t temporary. A study out of Stanford University showed the drop in business owners from February to April 2020 was the largest on record, and black-owned businesses saw a 41 percent drop.

So Fykes looked for help. “I basically just did a Google search and I found Renee, and the platform looked legit,” he said.

He had come across fundBLACKfounders, a crowdfunding platform.

“We were super nervous at first around even doing something like this. We were like, how are we going to be perceived, are our guests going to think we’re going belly up?,” Fykes said.

“What I noticed with crowdfunding is that not a lot of African Americans were using it for ownership or for building businesses or startups,” Renee King said. She started fundBLACKfounders. She said anyone can start a campaign on the platform -- but unlike other crowdfunding sites, fundBLACKfounders coaches businesses through the process, and gives founders flexibility. The platform takes five percent commission on funds earned.

“They can raise or lower their goal amount,” King explained. “As the money starts to come in and our merchant account clears it, the money goes straight to the founder.”

For Next Act, the platform provided a way for the community to help.

“It’s success is really built on the strength of the community that supports it, and fundBLACKfounders, it matches the type of strength and support that we get from our community,” Tucker said.

For other companies like Saraa Green’s startup, the platform gives her a way to get an idea going. “We initially wanted to raise capital for our business to bring our tool out into the market,” she said.

Her product is called The Braid Releaser. “My mom had to take out our braids and take down our braids and that would take hours, and the tools that she was currently using really wasn't doing its job,” Green explained. “She wanted to create a tool that would decrease the time in taking down braids, that is comfortable to use, and that essentially reduces the hair loss during the process.”

That’s when she met Renee King. “I did not want my mother's dream to just come to an end because of this pandemic,” Green said.

Nearly eight in 10 small businesses are now fully or partially open as of June, according to a poll by the U.S. Chamber of Commerce.

“What's good is this is actually helping us think through how do we flex into the entertainment part of our business,” Tucker said. Next Act has expanded to become a broader entertainment space, and is even being used for private events to help stay in business.

As fundBLACKfounders grows, King wants the platform to help connect businesses to their communities.

“We need to start helping black entrepreneurs a little bit more, and getting them more funding so that they can scale the solutions they need for their communities or they need for the world in general,” King said.