Athletes decide not to return to sports amid pandemic 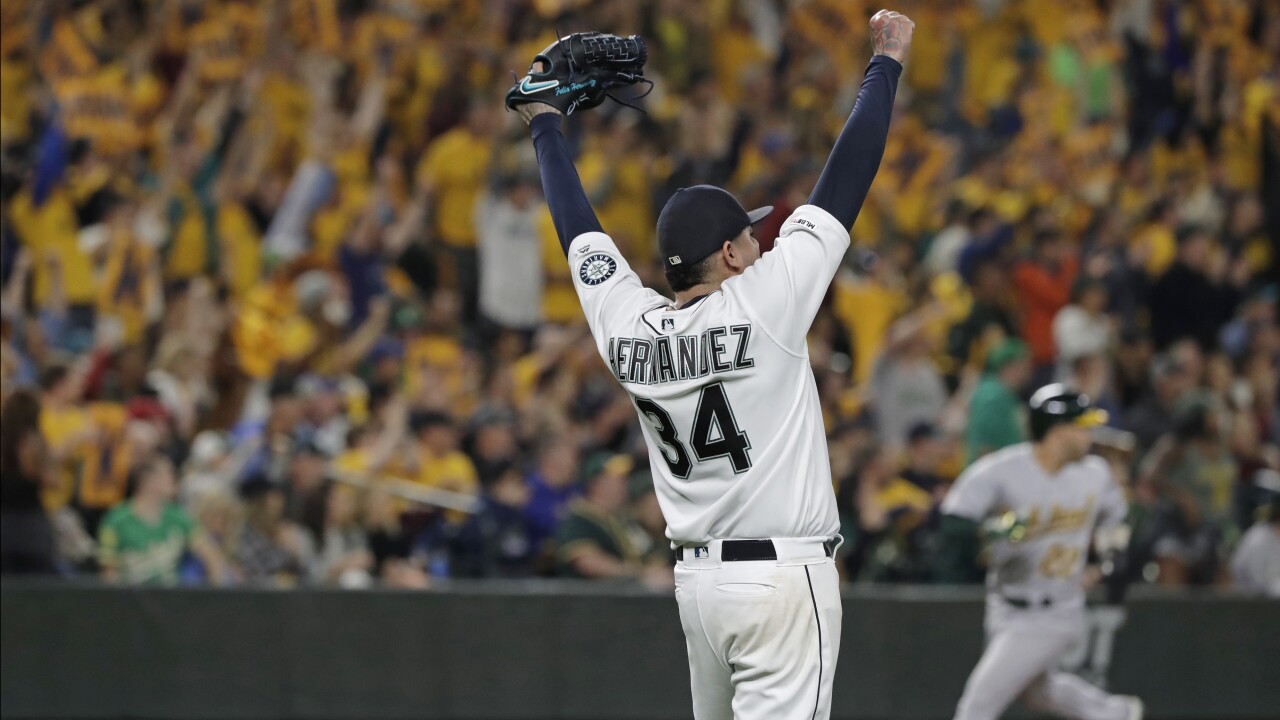 Copyright 2019 The Associated Press. All rights reserved.
Ted S. Warren/AP
Seattle Mariners starting pitcher Felix Hernandez celebrates getting out of a bases-loaded jam to end the top of the fifth inning of the team's baseball game against the Oakland Athletics, Thursday, Sept. 26, 2019, in Seattle. (AP Photo/Ted S. Warren)

When professional team sports resume later this month, a number of MLB and NBA players have decided not to return to action.

Over the weekend, pitchers Felix Hernandez and David Price became the latest MLB players top opt out for this year’s baseball season, which is slated to begin within three weeks.

Hernandez said,” Never before has an entire MLB season depended so much on everyone in the league’s involvement. Let’s be responsible and keep each other safe. It’s not just for us, but for the game and our own families.”

Price also cited concerns about his family on why he opted to sit out the 2020 season.

“After considerable thought and discussion with my family and the Dodgers, I have decided it is in the best interest of my health and my family’s health for me to not play this season,” he said.

Other professional athletes have expressed concern over the return to sports. Angels star Mike Trout has been seen wearing a mask during on-field workouts.

MLS goalkeeper Matt Lampson said athletes aren’t as invincible to the coronavirus as it appears.

“For everyone in the ‘These are pro athletes. There is no risk. Nothing happens to them if they get the virus camp - I am high risk,” Lampon tweeted. “And I know for a fact there are multiple others at MLS is Back that are as well - including other players on their way here. This is serious.”

Other MLB players confirmed to not participate in the upcoming season include Ian Desmond, Ryan Zimmerman, Joe Ross and Nick Markakis.

NBA players who have opted out include Victor Oladipo and DeAndre Jordan.

With the MLB, NHL and NBA all scheduled to begin within the next four weeks, the leagues will be heavily relying on frequent COVID-19 testing in order to prevent spreading the virus to other players.