As COVID-19 forces world to quarantine, air quality has improved 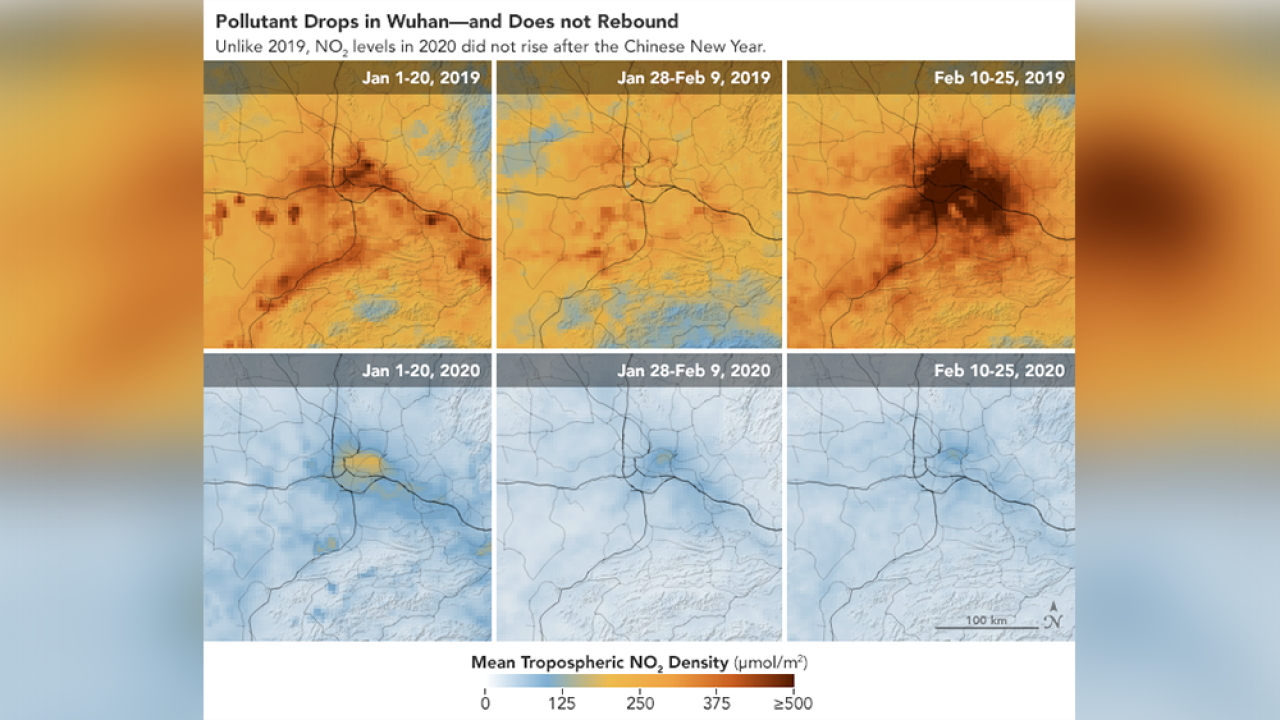 As millions of people around the world quarantine in their homes to prevent the spread of COVID-19, research and photos show that quarantines appear to have made a positive, if unintended, impact on the environment.

In February, air quality researches from NASA reported that there was a dramatic drop in nitrogen dioxide emissions coming from China, especially from Hubei province — the epicenter of the coronavirus pandemic.

"This is the first time I have seen such a dramatic drop-off over such a wide area for a specific event," says Fei Liu, an air quality researcher at NASA's Goddard Space Flight Center told CNN earlier this month. "I am not surprised because many cities nationwide have taken measures to minimize the spread of the virus."

CNN also reports pollution in some of Hong Kong's busiest areas have fallen dramatically as government officials have introduced measures requiring many to work from home.

The coronavirus pandemic has had an unexpected side effect in Venice—where the normally cloudy canals have transformed into water crystal clear enough to see fish swimming below. https://t.co/qrr8iphSPd pic.twitter.com/37H7iiB09Y

Even in America, a search through the EPA's AirNow air quality index archive shows a decrease in areas with moderate air pollution in recent months.

However, CNN reports that when the threat of COVID-19 subsides, experts fear that a push to jumpstart the world economy could threaten the environment.

"There might be a round of economic stimulus which would inject cheap credits to heavy industries in China, and as a result of that we might see increasing pollutants and also carbon emissions in the second half of this year," said Li Shuo, a senior climate policy adviser for Greenpeace East Asia told CNN.