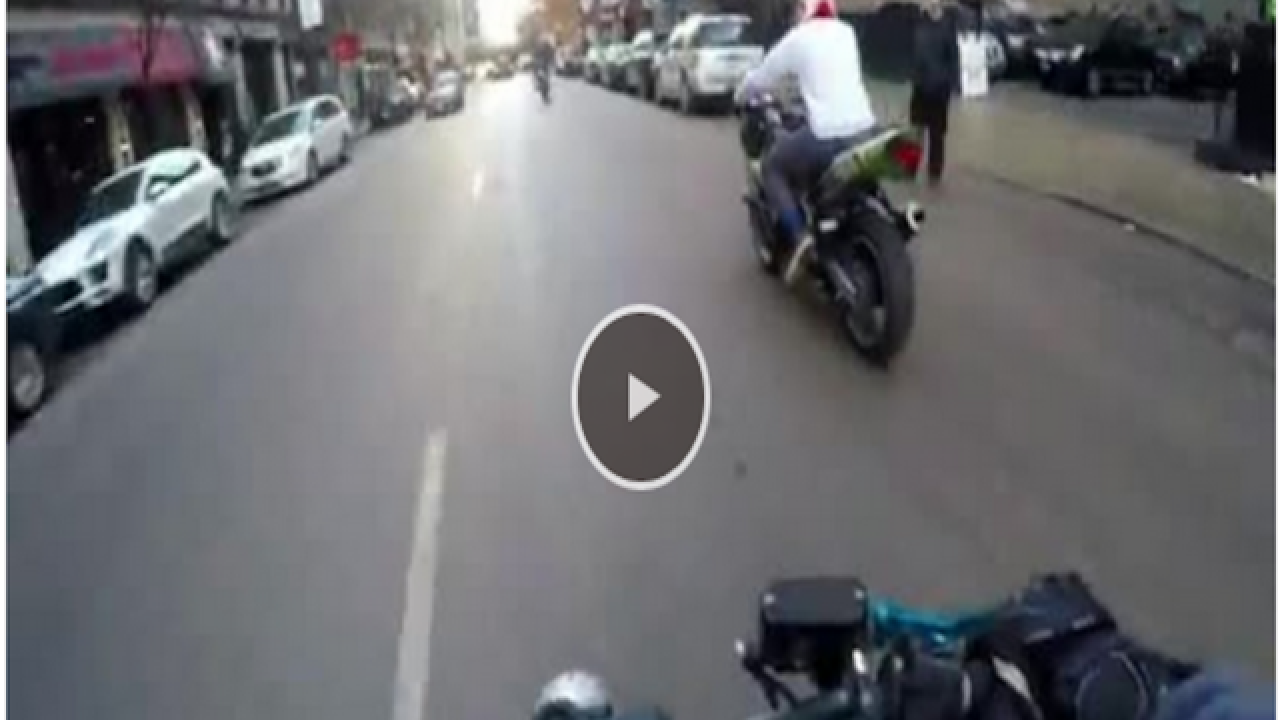 CNN
&lt;p&gt;A Chicago police officer is under investigation after a video shows him throwing a cup of coffee at a motorcyclist&lt;/p&gt;

The Chicago police department is investigating one of its own after a video shows an officer throwing a cup of coffee on a passing motorcyclist, according to the Chicago Tribune.

The video, shot on the rider's helmet cam, was sent to the police department's communication office by local news stations. In the 40-second video shows a group of motorcyclists driving down the street when an unidentified officer standing in the street tosses the coffee cup at one of the riders.

"We expect every officer to be professional (and) treat people fairly and responsibly," Police Superintendent Eddie Johnson told reporters on Monday. "So to that end we'll have an investigation, an investigation has been opened up, and when it comes down to it, that officer will be held accountable and will be disciplined appropriately."