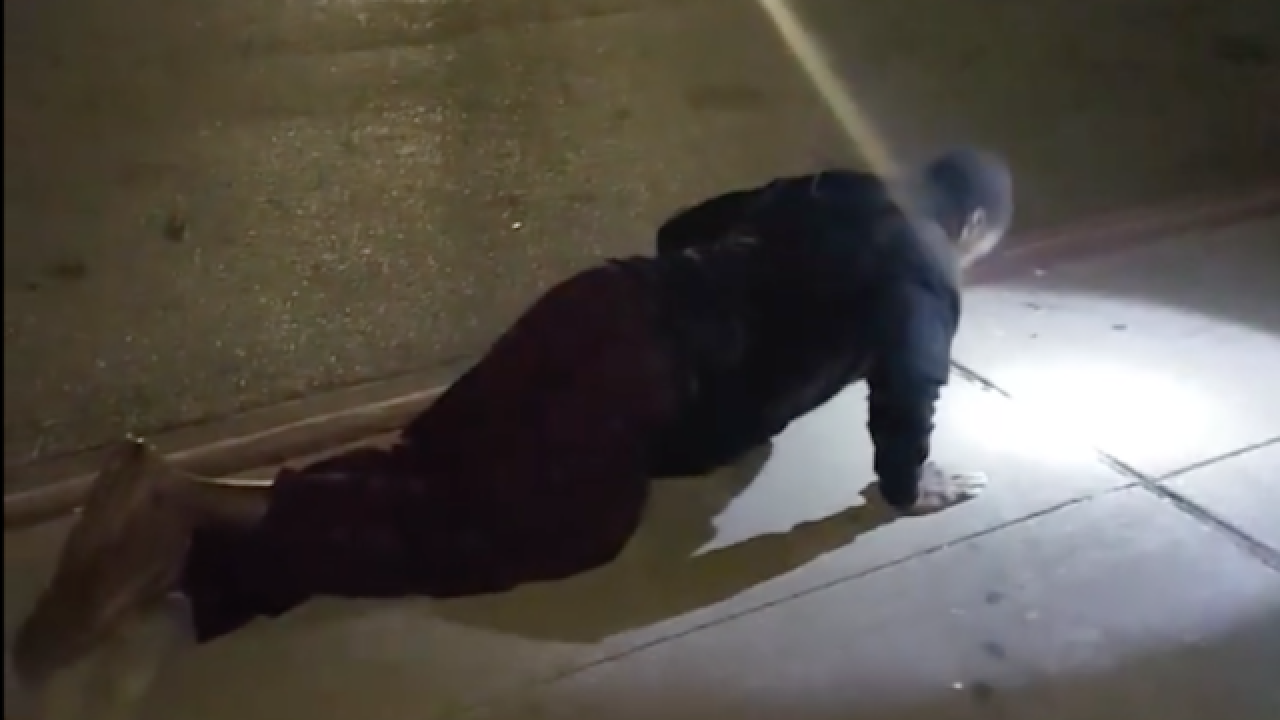 A Texas teenager was lucky to avoid jail time after he was caught smoking marijuana by an off-duty police officer last week — but the teen didn’t get off easy.

Video circulating on Facebook shows the teenager serving his punishment of 200 pushups, given to him by Officer Eric Ball in lieu of jail time.

According to KENS-TV, Ball was at an Arlington movie theater earlier this month when he was told that there were teenagers smoking weed outside. Ball confronted the teenager, and found the young man to be respectful and remorseful of his actions.

That’s when Ball decided to try something new. Remembering his days as a high school football player, Ball told the teen he’d let him go if he completed 200 pushups on the spot.

According to KENS, the teen’s mother arrived soon after and thanked the officer for keeping him out of jail.

"She gave a stern warning to her son and even told the officer, 'I would have made him do more push-ups,'" Lt. Chris Cook of the Arlington Police told KENS. He could have very well arrested this teen, but instead he tried to do something better."