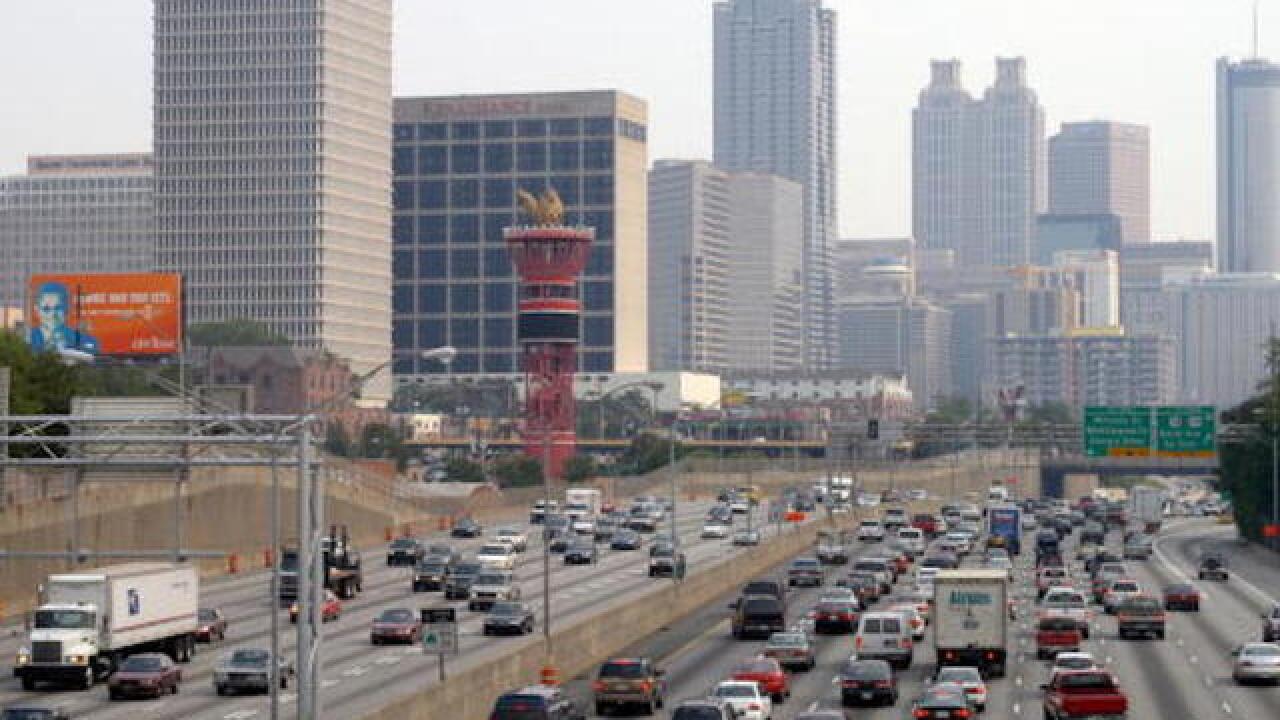 Copyright Getty Images
&lt;p&gt;ATLANTA - MAY 9: Traffic crawls through downtown Atlanta along Interstate 75/85 during rush hour May 9, 2005 in Atlanta, Georgia. According to a new study Atlanta, like many other cities nationwide, is losing its fight against traffic gridlock. The Texas Transportation Institute ranks Atlanta fourth behind Los Angeles, San Francisco and Washington, D.C., for delays per traveler on its roads. Last year, Atlanta was ranked fifth in the study. (Photo by Barry Williams/Getty Images)&lt;/p&gt;

Radar confirmed a tornado on the ground near Downtown Atlanta Wednesday afternoon, as part of a deadly storm system that swept through the south.

Around 2 p.m., the tornado struck Atlanta and some of its northern suburbs. The damage left a number of buildings damaged, and roads impassable from debris.

RELATED: Deadly tornadoes not out of the ordinary in November

There was no immediate word on the extent of damage in the Atlanta area.

The storm that swept through Atlanta was part of a system that had killed five people late Tuesday in Alabama and Tennessee. As of Wednesday evening, there had been roughly 40 reports of tornadoes since Tuesday evening in the South.

By Wednesday evening, the storms died down as they approached the East Coast. Cooler, drier weather is expected for the region for the rest of the week.

According to Twitter user Justice Agee, there was severe wind damage near a Six Flags amusement park.

Find somewhere to hunker down #Buckhead... This tornado thing is legit pic.twitter.com/pPycPd6acx