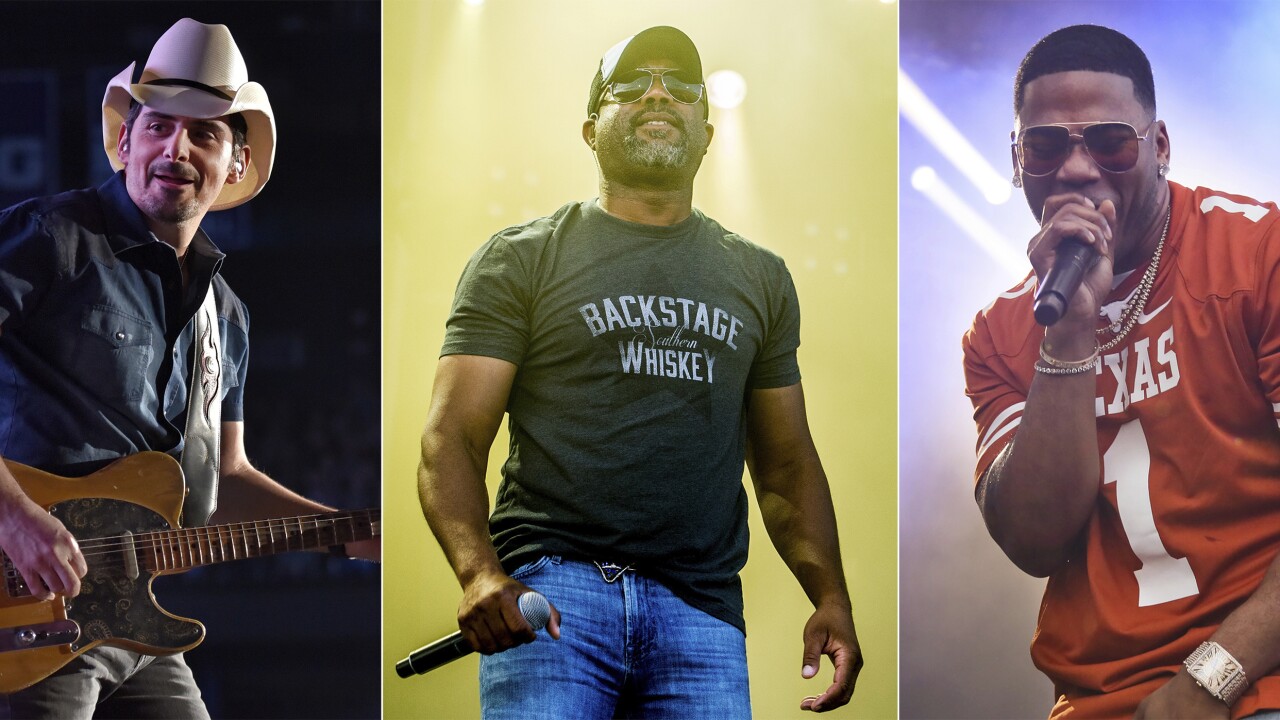 Tour promoter Live Nation has announced its first-ever drive-in concerts series in the U.S. for July, months after the live music industry has been on lockdown due to the coronavirus pandemic.

The entertainment company on Monday announced “Live from the Drive-In” — a set of nine shows to take place July 10-12 in three different cities. Brad Paisley will headline shows in all three cities, while fellow country artists Darius Rucker and Jon Pardi will also perform in Nashville at Nissan Stadium. Nelly will perform in Maryland Heights, near St. Louis.

The 3-day concert series will take place at the Ruoff Music Center in Indiana and Hollywood Casino Amphitheater in Missouri - both are outdoor concert venues - and in the parking lot of Nissan Stadium, where the Tennessee Titans play.

Each location will have LED screens and speakers around the lot, according to Live Nation. Ticketing is per vehicle with up to four people inside, and includes access to a parking space and adjoining "tailgate" area. A diagram on Live Nation's website showed what the drive-in concerts will look like, including 9 feet between tailgating space and the next car.

A video created by Live Nation shows taped-off, socially distanced areas on the lawn at an outdoor amphitheater.

According to Live Nation, "Due to local guidelines, commingling between spaces is strictly prohibited." Masks will be required for staff, and strongly recommended for concertgoers when they leave their tailgate space to use the restroom.

Tickets must be purchased in advance.