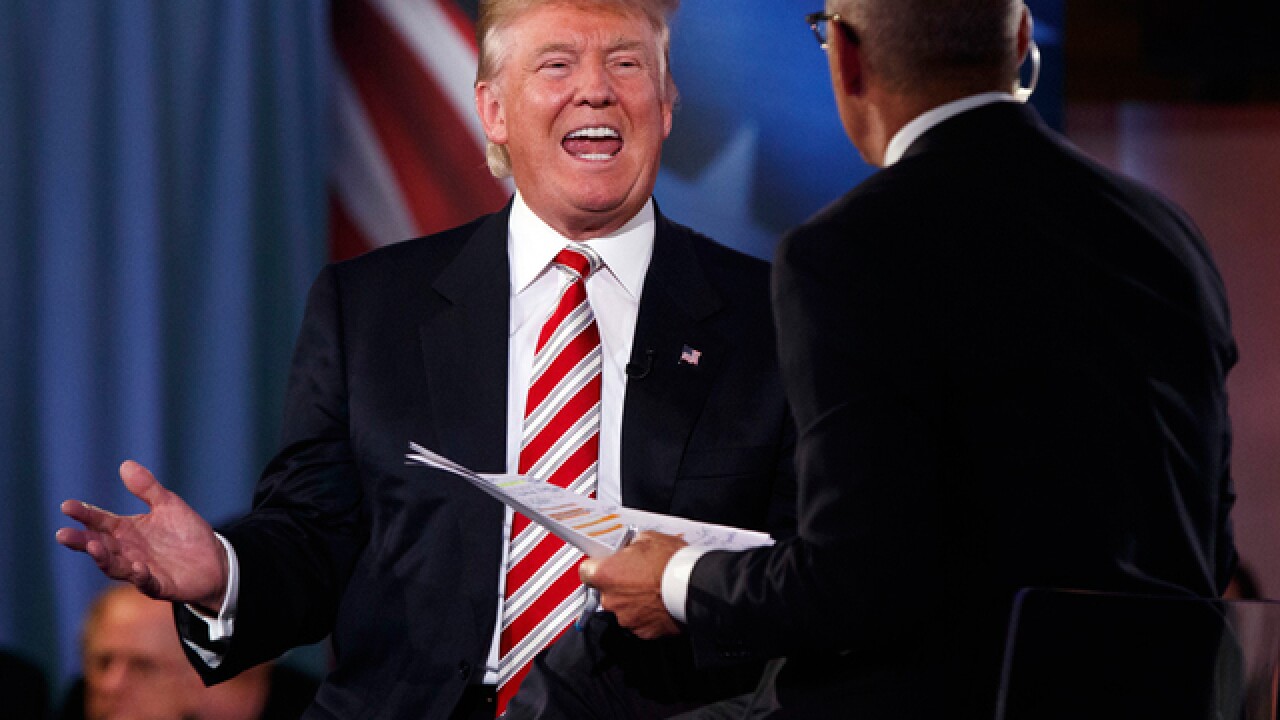 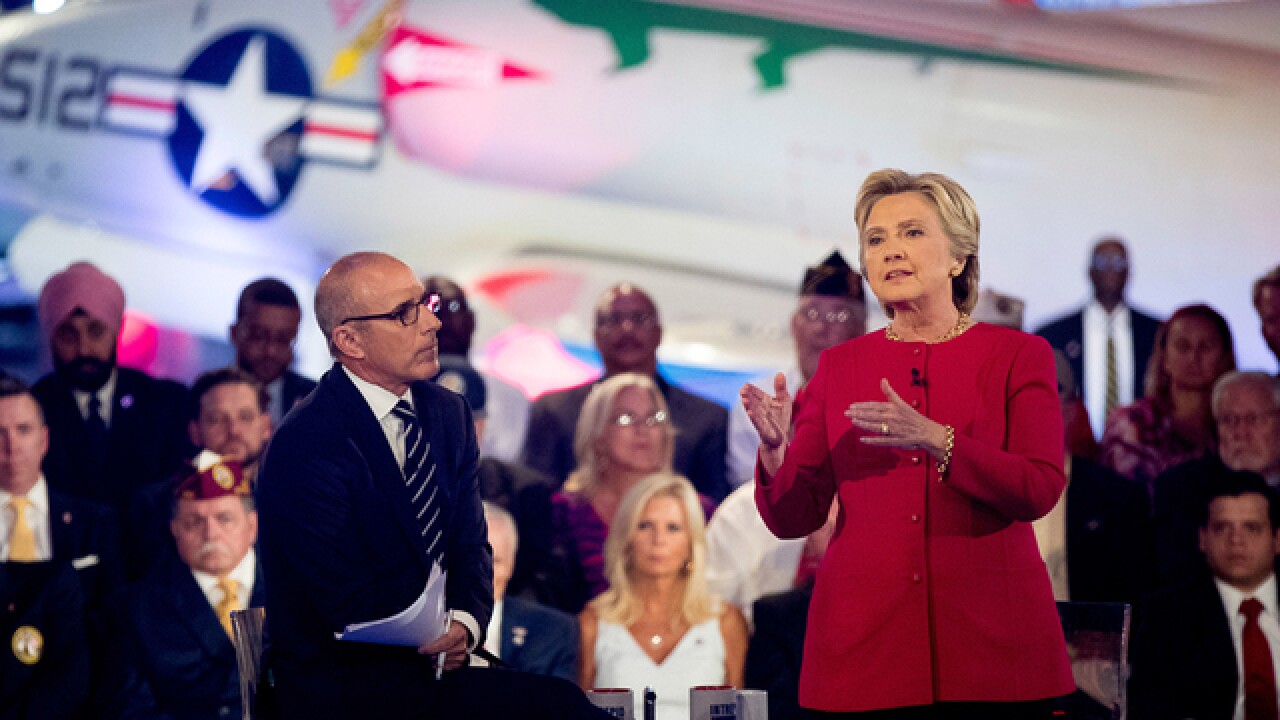 NEW YORK (AP) -- Donald Trump and Hillary Clinton confronted their key weaknesses in a televised national security forum, with the Republican defending his preparedness to be commander in chief despite vague plans for tackling global challenges and the Democrat arguing that her controversial email practices did not expose questionable judgment.

Trump also renewed his praise of Russian President Vladimir Putin and his disdain for President Barack Obama, saying that the Russian enjoyed an 82 percent approval rating. "The man has very strong control over a country," Trump said. "It's a very different system and I don't happen to like the system, but certainly, in that system, he's been a leader, far more than our president has been a leader."

Speaking to reporters in Laos, Obama said Thursday that Trump confirms his belief that Trump isn't qualified to be president "every time he speaks" and added: "The most important thing for the public and the press is to just listen to what he says and follow up and ask questions to what appear to be either contradictory or uninformed or outright wacky ideas."

Trump and Clinton spoke back-to-back Wednesday night, each fielding 30 minutes of questions. While the candidates never appeared on stage together, the session served as a preview of sorts for their highly-anticipated presidential debates.

By virtue of a coin flip, Clinton took the stage first and quickly found herself responding at length to questions about her years in government. She reiterated that she had made mistakes in relying on a personal email account and private server as secretary of state and in voting for the 2003 invasion of Iraq as a senator. But she defended her support for U.S. military intervention to help oust a dictator in Libya, despite the chaotic aftermath.

"I'm asking to be judged on the totality of my record," said Clinton, who grew visibly irritated at times with the repeated focus on her past actions.

Clinton, who has cast Trump as dangerously ill-prepared to be commander in chief, tried to center the discussion on her foreign policy proposals. She vowed to defeat the Islamic State group "without committing American ground troops" to Iraq or Syria. And she pledged to hold weekly Oval Office meetings with representatives from the Pentagon and Department of Veterans Affairs to stay abreast of health care for veterans.

Trump did little to counter the criticism that he lacks detailed policy proposals, particularly regarding the Islamic State group. He both insisted he has a private blueprint for defeating the extremist group and that he would demand a plan from military leaders within 30 days of taking office.

But he was also harshly critical of the military, saying America's generals have been "reduced to rubble" under Obama. Asked to square his request for military options with that criticism, Trump said simply: "They'll probably be different generals."

Trump stood by a previous comment that appeared to blame military sexual assaults on men and women serving together, but added he would not seek to remove women from the military. And for the first time, he opened the door to granting legal status to people living in the U.S. illegally who join the military.

"I think that when you serve in the armed forces, that's a very special situation," Trump said. "And I could see myself working that out."

The Republican also repeated an incorrect claim that he was opposed to the war with Iraq before the invasion. That assertion is contradicted by an interview Trump did with Howard Stern in September 2002 in which he was asked whether he supported the invasion. He replied, "Yeah, I guess so."

With just two months until Election Day, national security has emerged as a centerpiece issue in the White House race. Both candidates believe they have the upper hand, with Clinton contrasting her experience with Trump's unpredictability and the Republican arguing that Americans worried about their safety will be left with more of the same if they elect Obama's former secretary of state.

While GOP candidates are often seen by voters as having an advantage on military and national security issues, Trump is far from a traditional Republican. He has no military experience and has repeatedly criticized the skill of the armed forces.

Ahead of the forum, Trump rolled out a new plan to boost military spending by tens of billions of dollars, including major increases in the number of active troops, fighter planes, ships and submarines.

His address earlier in the day included plans to eliminate deep spending cuts known as the "sequester" that were enacted when Congress failed to reach a budget compromise in 2011. Republicans and Democrats voted for the automatic, across-the board cuts that affected both military and domestic programs, though the White House has long pressed Congress to lift the spending limits.

Trump expressed support for the sequester in interviews in 2013 - even describing them as too small - but seemed to suggest at the time that military spending should be exempt.

Associated Press writers Jill Colvin and Erica Werner in Washington and Jonathan Lemire in New York contributed to this report.