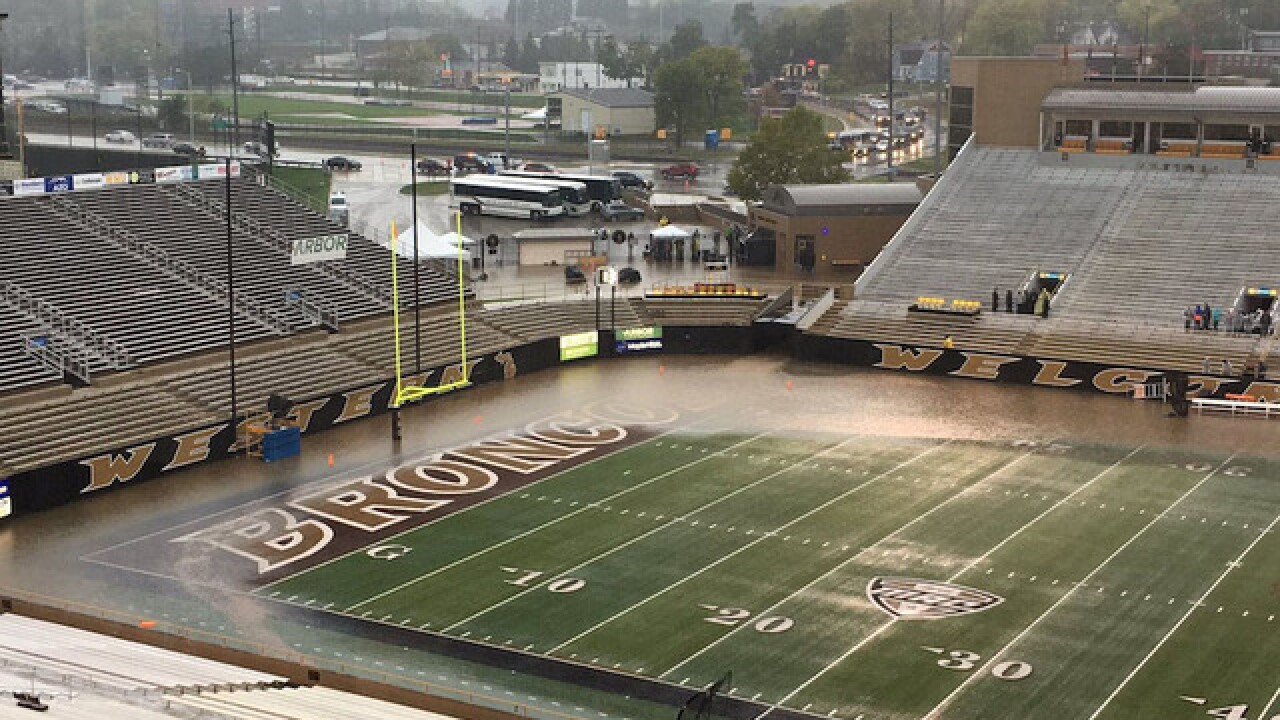 Heavy rain across Michigan over the weekend left Western Michigan University's Waldo Stadium under water and postponed their game on Saturday.

According to MLive , between 1 million and 1.4 million gallons of water were drained from the stadium before the game was eventually played on Sunday.

Associate Athletics Director Monty Porter told MLive  they drained between 18 and 24 inches of water off the field.

Porter said the field's underground drainage system connects to three pumps and can drain 3,600 gallons a minute when functioning properly.

FEMA has the stadium in a flood plain, according to MLive .

The Broncos went on to lose their game to Akron 14-13 on Sunday.