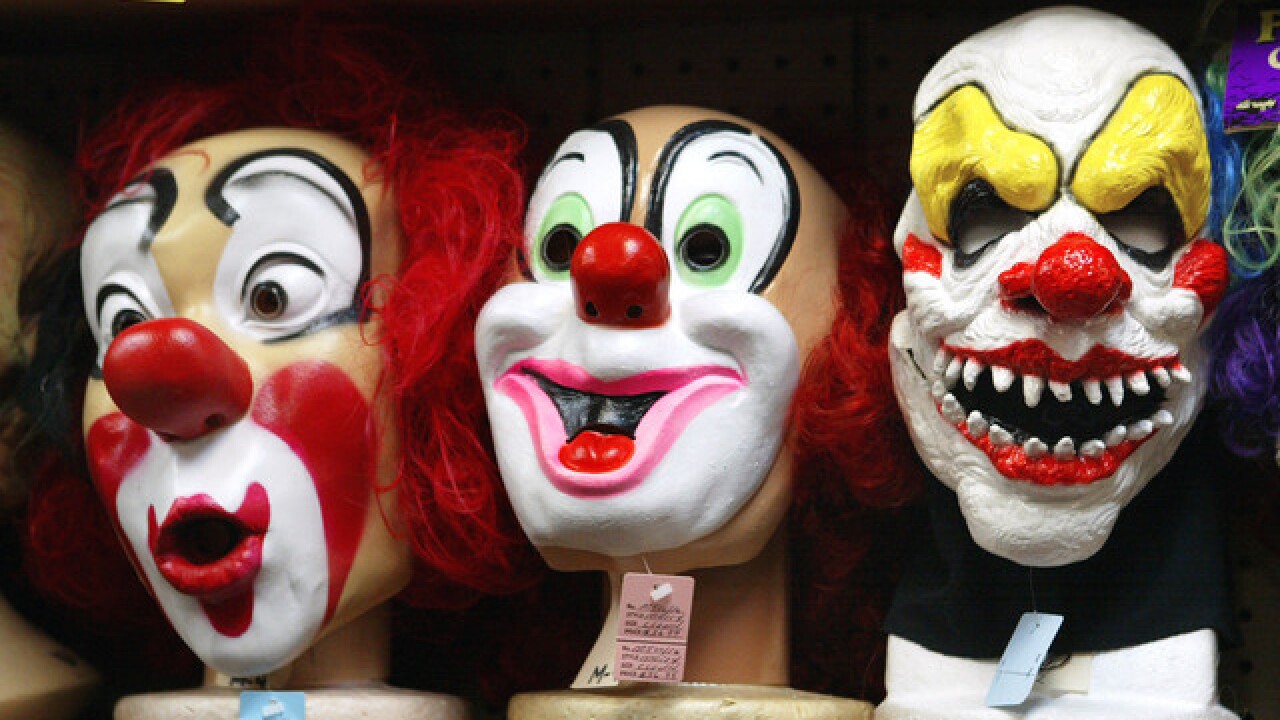 Copyright Getty Images
&lt;p&gt;&lt;strong&gt;'Creepy clown' reports across attract FBI attention&lt;/strong&gt; — For several weeks, &lt;a href="/news/national/fbi-getting-involved-in-creepy-clowns-case-after-school-district-sees-attendance-decline" target="_blank"&gt;reports of creepy-looking clowns have been scaring people across the country&lt;/a&gt;. At first, the clowns were spotted simply standing around in public but in recent days some reports have indicated threats of violence and actual violence in some cases.&lt;/p&gt;

By: Mina Abgoon
Posted at 1:34 AM, Oct 06, 2016
The clown incidents occurring nationwide have gotten out of hand -- and they show no signs of stopping.
One California mother got the scare of a lifetime on Wednesday when she witnessed a man in a clown suit attempting to snatch her 1-year-old child.
It happened at a bus stop in Concord, according to KRON.
The mother was holding her baby girl as she walked up to a bus stop where a clown was sitting, taking a seat next to the disguised man.
According to the mother, the clown started to smile at her and her baby – something she did not think twice about as she assumed the man was just friendly.
The clown then reportedly reached out for the baby girl, attempting to grab her from her mother’s arms.The mother quickly tugged back and kicked the clown, who then ran off. She then called 911.
Officials have not yet located the suspect, who could only be described without his costume as a white male with blue eyes.
Copyright 2016 Scripps Media, Inc. All rights reserved. This material may not be published, broadcast, rewritten, or redistributed.