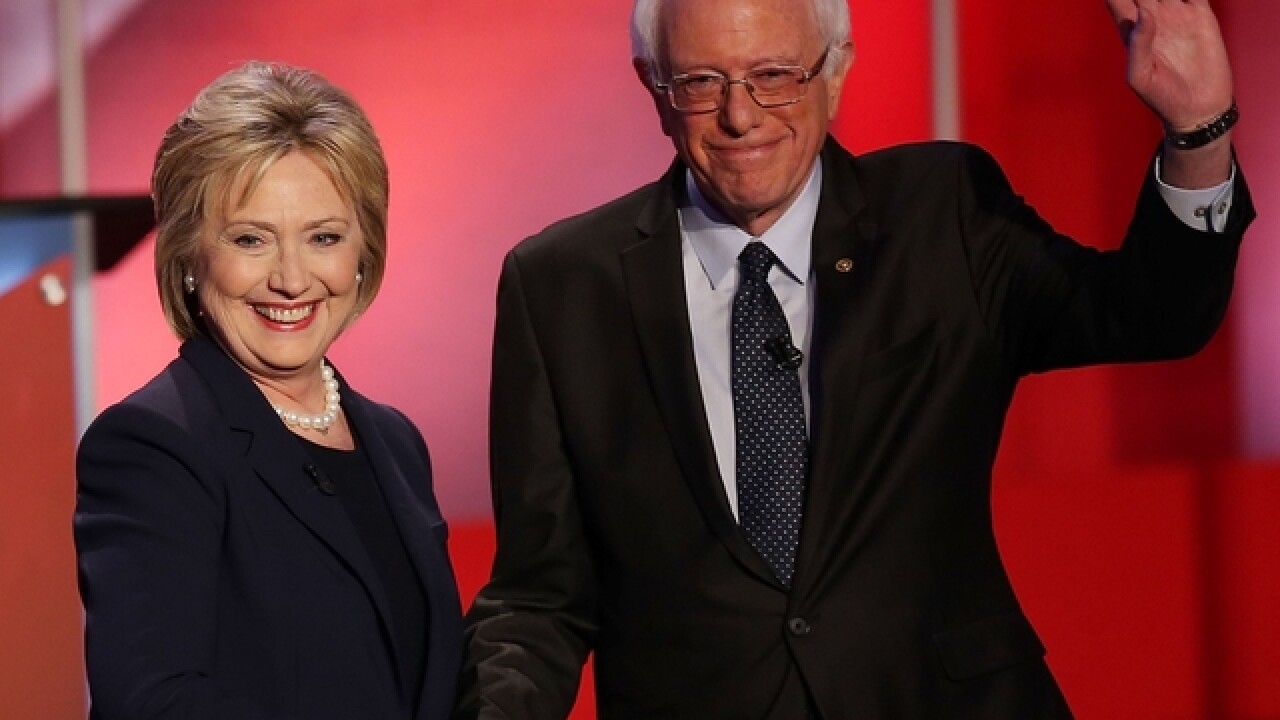 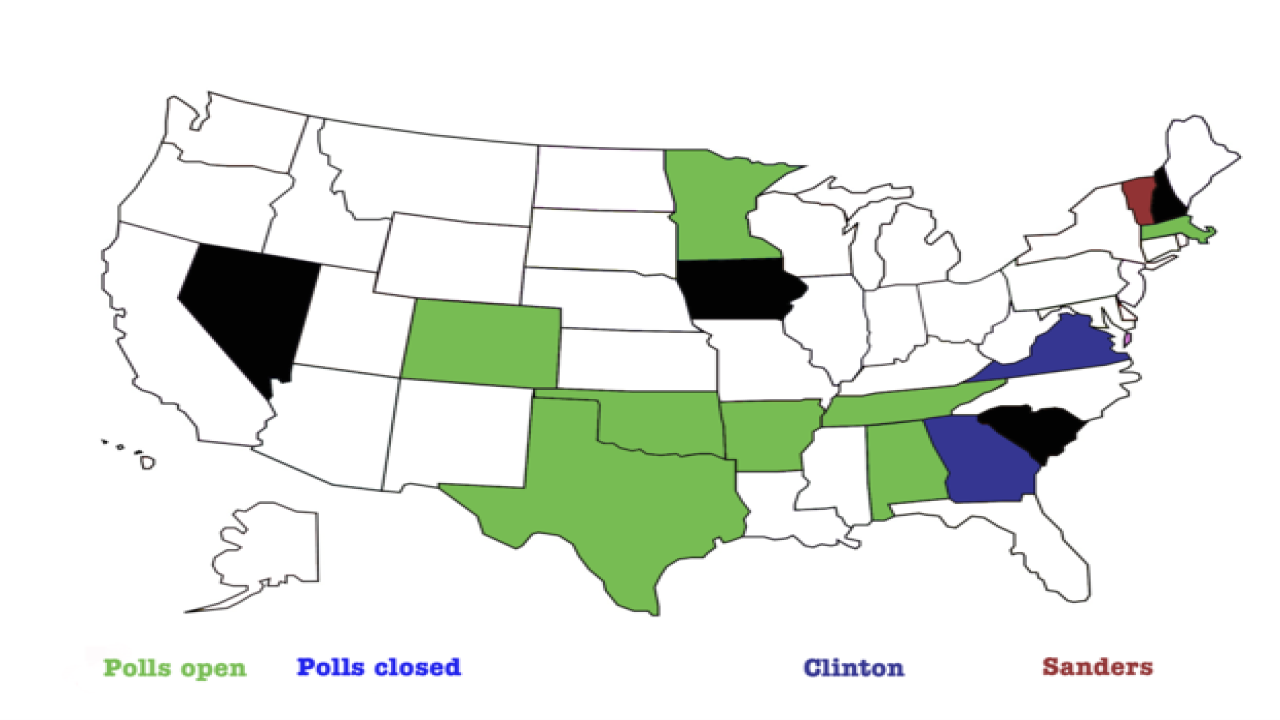 As polls close across 12 states on Super Tuesday, the two-candidate race for the Democratic party's presidential nomination sprints toward its finish line.

As early as 7 p.m., CNN and the Associated Press called Georgia and Virginia as victories for Hillary Clinton. The race in Vermont was called early for Bernie Sanders.

A total of 11 states will hold Democratic primaries on Super Tuesday. Democrats who live in American Samoa and those who reside abroad will also vote.

The states where Democrats will vote on Tuesday include Alabama, Arkansas, Colorado, Georgia, Massachusetts, Minnesota, Oklahoma, Tennessee, Texas, Vermont and Virginia. A total of 865 delegates are up for grabs in the Democratic race on Super Tuesday.