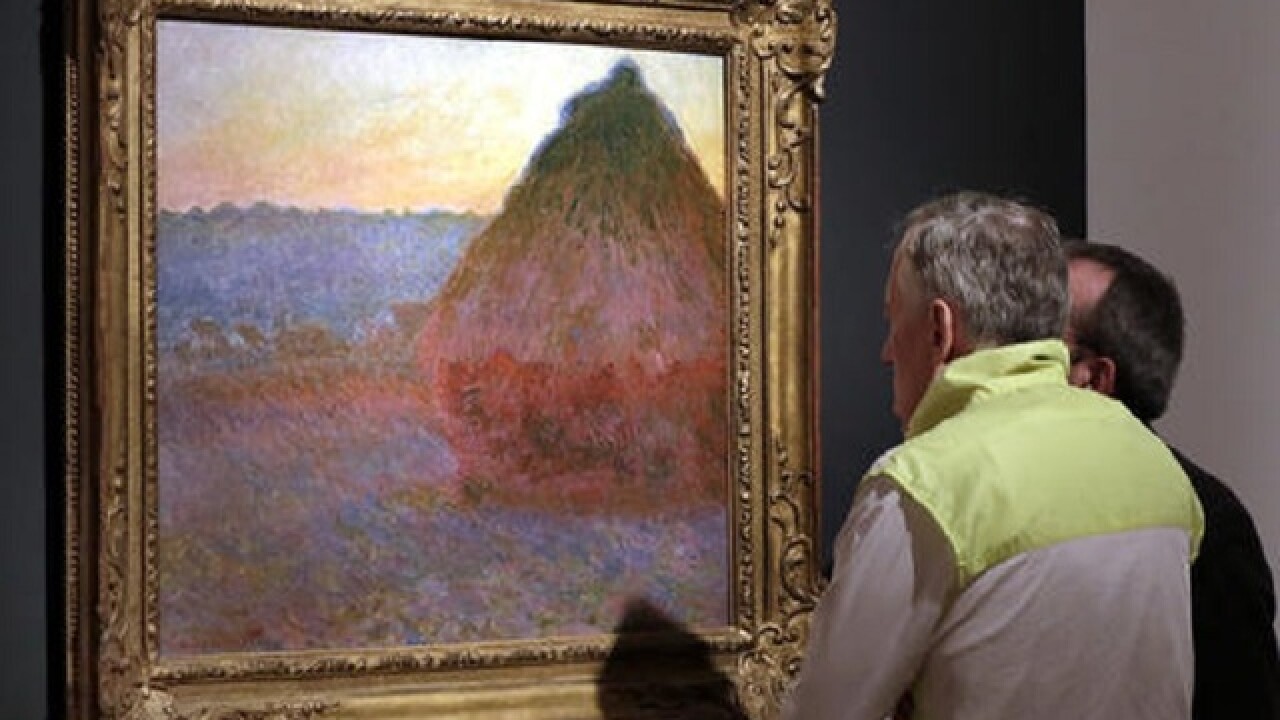 NEW YORK (AP) — A painting from Claude Monet's acclaimed "Grainstack" series fetched $81.4 million at Christie's New York auction of impressionist and modern art.
Wednesday evening's sale set a new auction record for the artist. The previous auction record for a Monet was $80.4 million set in 2008.
The 1891 painting, shimmering with hues of reds, pinks, blues and yellow, depicts a close-up of a single cone-shaped stack after harvest.
Monet's "Grainstack" series — 25 in all — was painted just steps from his home outside a farmer's field in the French village of Giverny.
The work offered Wednesday night was one of a few still in private hands.
Among other highlights at Wednesday's auction was a painting by Wassily Kandinsky that had not been on the market in more than 50 years.
It sold for $23.3 million, a new record for the Russian artist. The previous record for his work was $23 million set in 2012.
"Rigid and Curved" was first owned by the Solomon R. Guggenheim Museum, which acquired it directly from the artist in 1936, a year after it was completed, according to Christie's.
A lively, colorful piece of geometric and organic shapes, it's been in the same private collection since 1964.
Christie's said the painting's texture of sand mixed with paint was a technique Kandinsky used only in his Paris paintings of 1934-1935.
Copyright 2016 The Associated Press. All rights reserved. This material may not be published, broadcast, rewritten or redistributed.