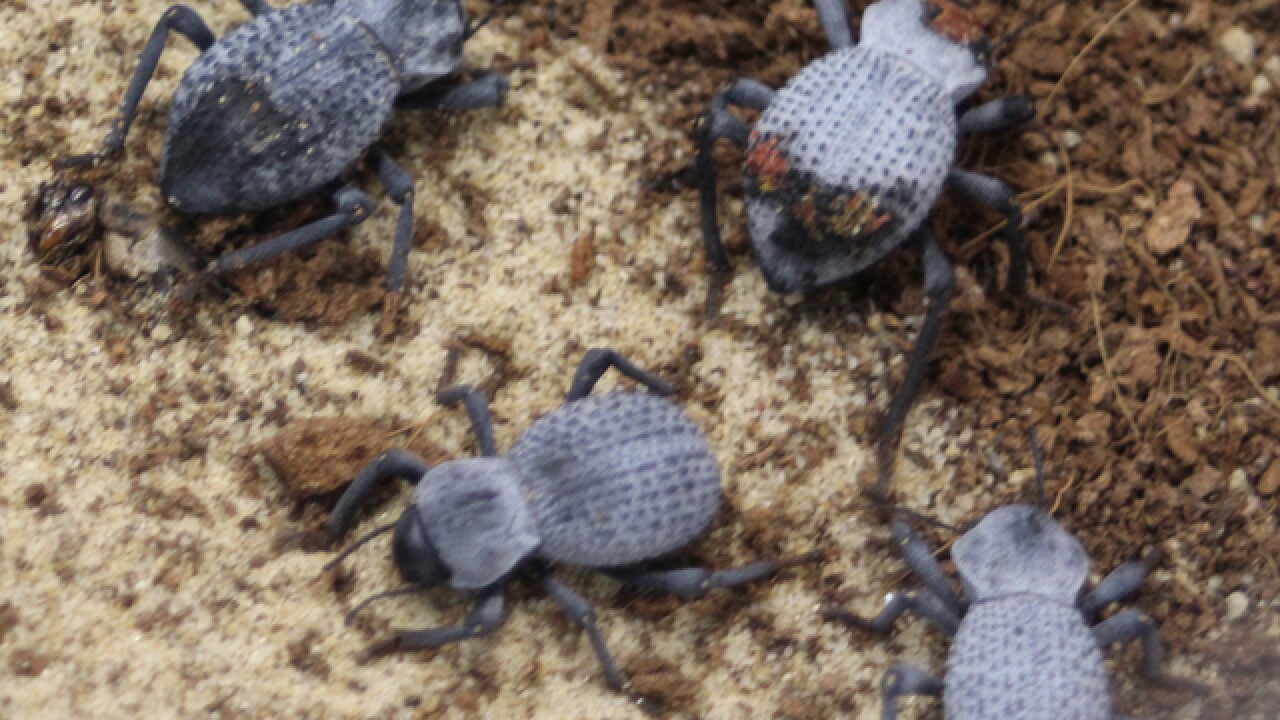 Copyright 2018 Scripps Media, Inc. All rights reserved. This material may not be published, broadcast, rewritten, or redistributed.
&lt;p&gt;The Cincinnati Zoo is the first to document reproduction of the blue feigning-death beetle.&lt;/p&gt; 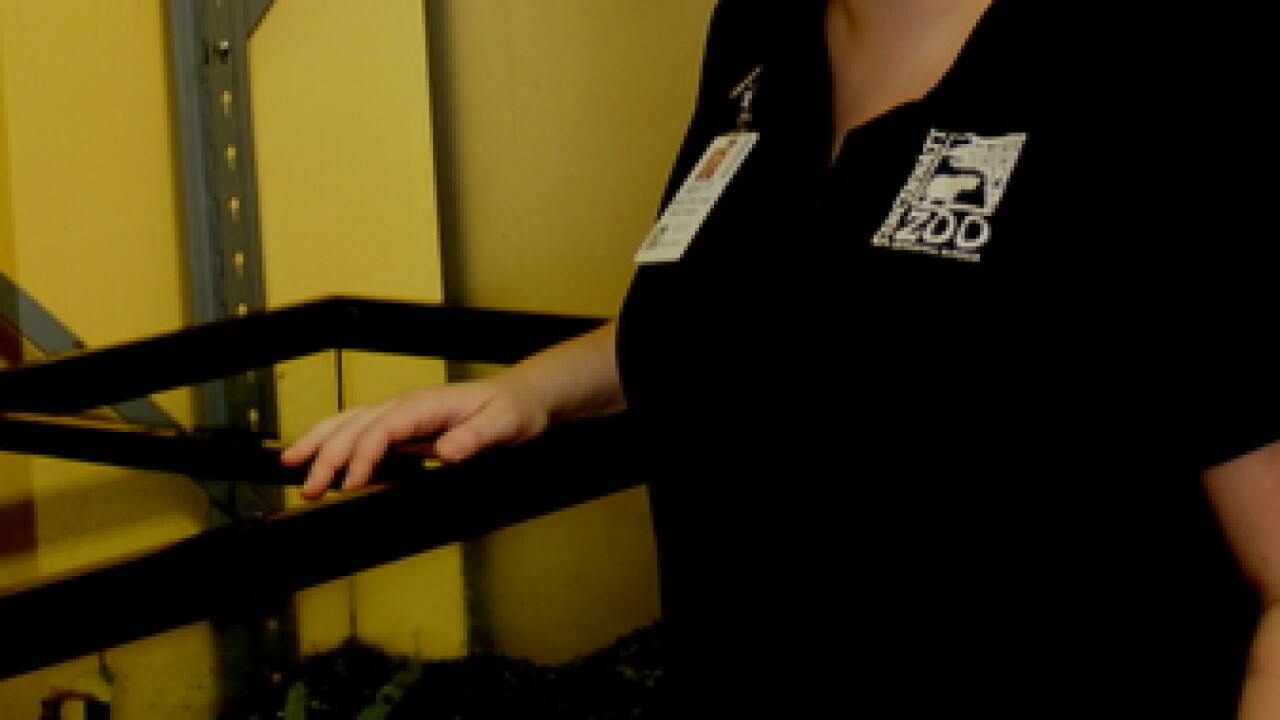 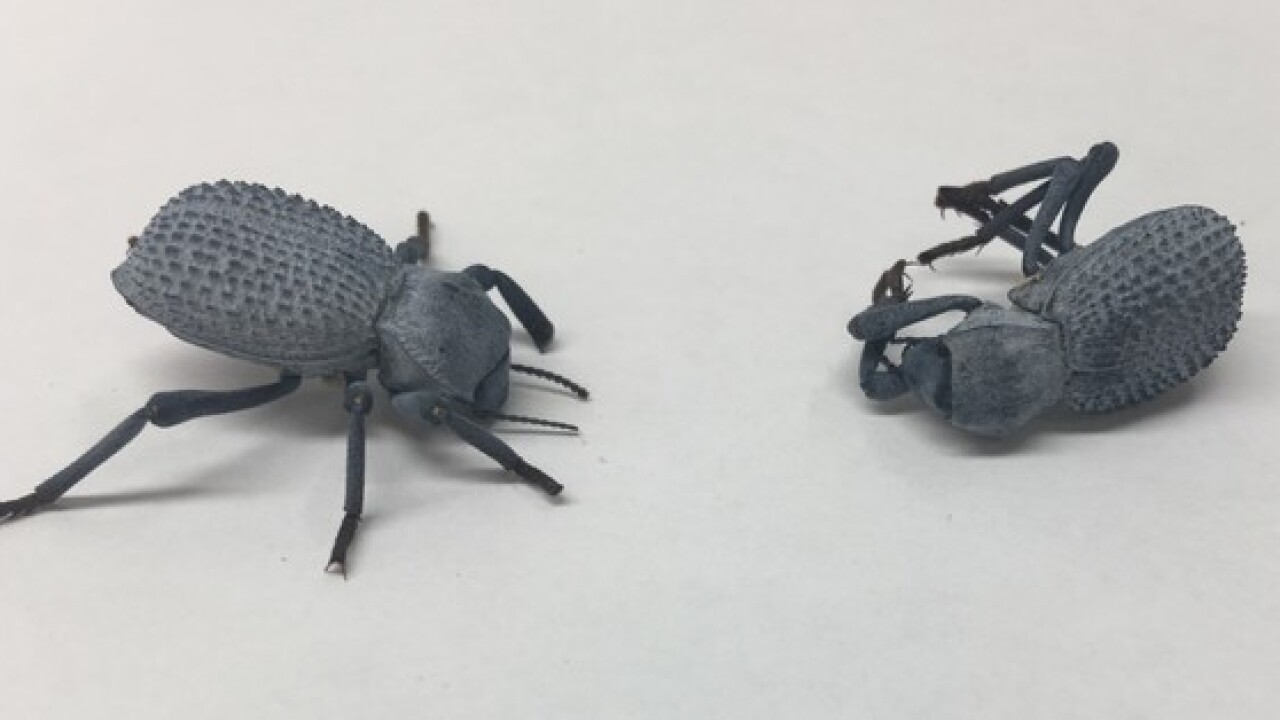 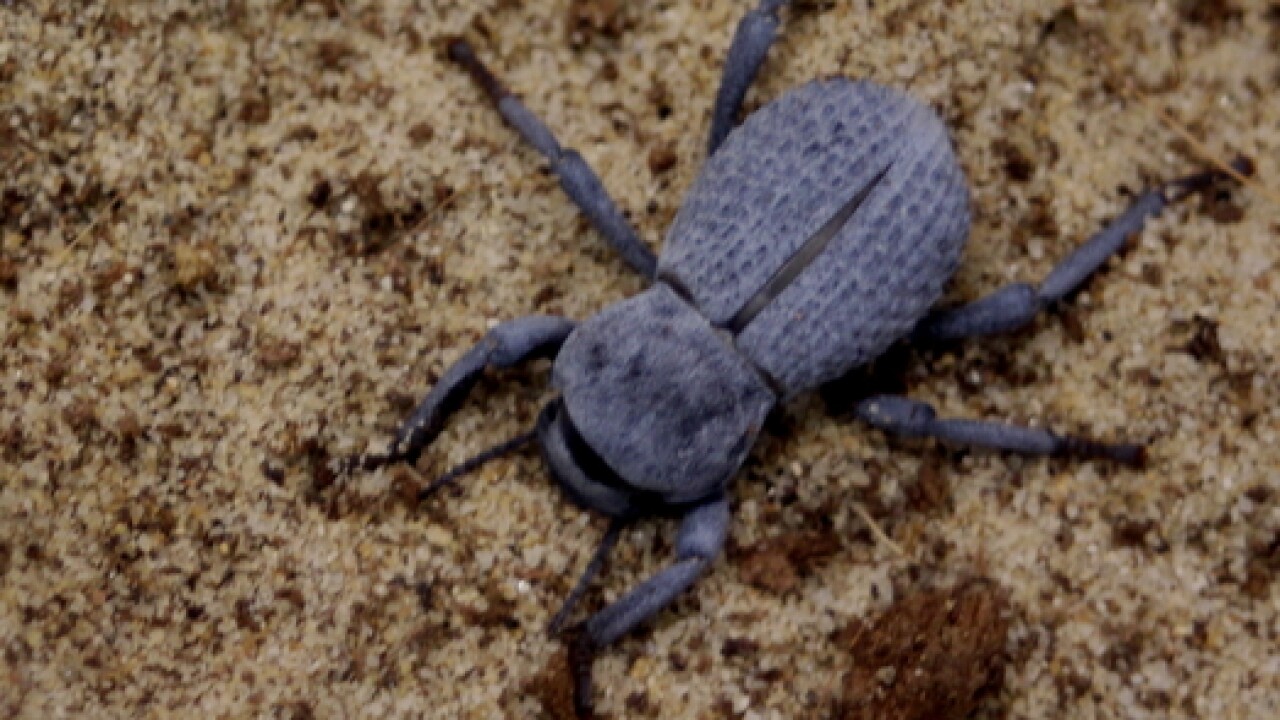 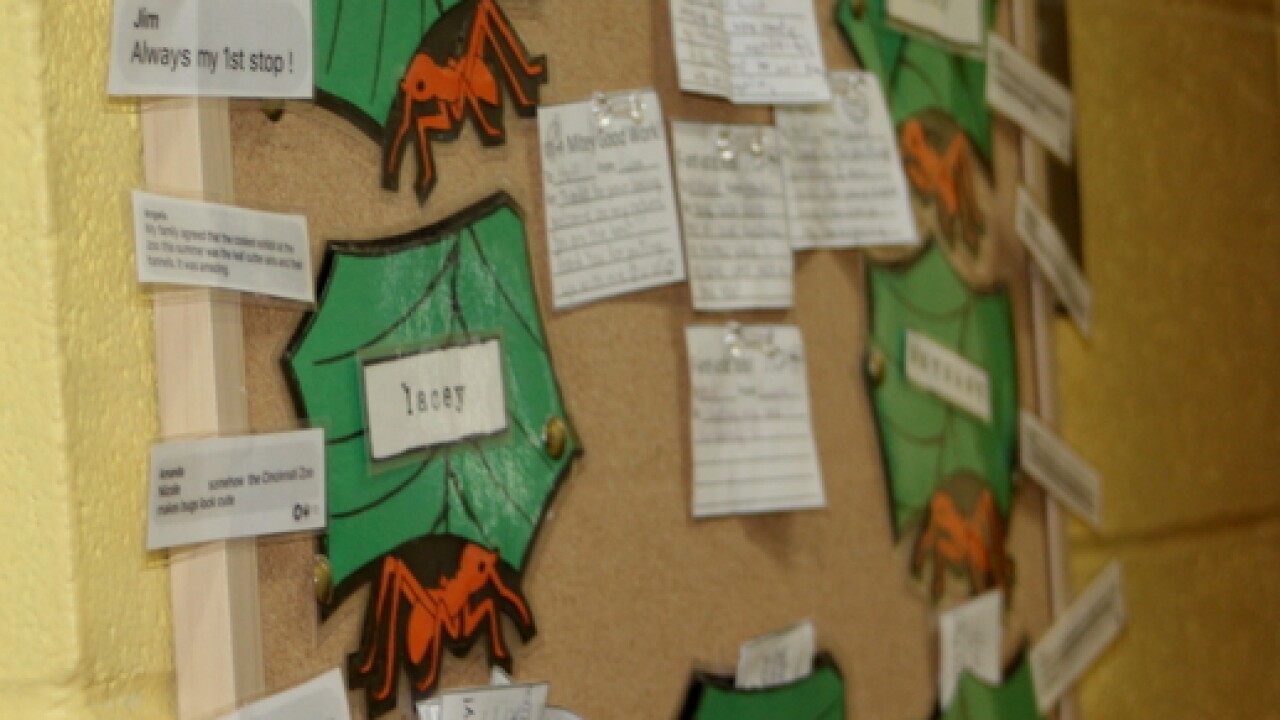 CINCINNATI — The blue feigning-death beetle may be masterful at fooling its predators, but researchers at the Cincinnati Zoo managed to break the code when it came to reproducing the enigmatic species.

"They're amazing at playing dead," said insect keeper April Pittman. "They will flip back over when they feel safe, but some take longer than others. I had one the other day that took 45 minutes."

Pittman says the zoo is the first institution on record to take the species from egg to larvae to adulthood. She said she started the process in 2014, using mostly trial-and-error methods for breeding based on similar species.

"The larvae was burrowed into a piece of wood buried in the sand, and when I pulled it out in August, a beetle fell out," she said. "At first it didn't register -- like, 'Why is there a beetle in here?' And then I screamed. It was so exciting."

The adult male, named Blu, is the sole survivor of a group of larvae Pittman was trying to raise to adulthood. She said she discovered that conditions needed to be exactly right to promote every stage in the breeding process. Since the beetles come from the Sonoran Desert in Arizona, zoo researchers simulated the rainy season to encourage the beetles to lay eggs. After the eggs hatched, researchers separated the larvae from the adults to prevent cannibalism. For the final step, she said, the larvae needed their own individual space to burrow into wood and transform from pupa to beetle.

"We tried to cool these guys down, and that didn't work," Pittman said. "But this time it happened to be about 80 degrees just because a heat lamp was right where I set the beetles' container. It was kind of accidental, because it got hotter than normal."

Because blue feigning-death beetles are still plentiful and live for an average of eight years, Pittman said, zoos and other institutions usually just collect them from the desert for exhibits. Because the beetles live so long, researchers haven't been especially motivated to breed them, she said, noting that it's always preferable to produce species within professional care than take them from the wild.

"These beetles are collected quite a bit for the pet trade," Pittman said. "At the moment they're not endangered, but again in the future it might become an issue the more they're pulled out. So if we can get breeding down and we have extras, we can always share with other zoos."

The successful breeding comes during a milestone year as the Cincinnati Zoo celebrates the 40th anniversary of the World of Insects. It's the first institution in the United States to devote a habitat solely to insects.

Winton Ray, curator of invertebrates, aquatic animals and birds, explained that since its opening in 1978, the facility has been dedicated to inspiring visitors to better understand some of the world's tiniest creatures.

"We are actively involved in the propagation of species facing issues in the wild, including emperor scorpions that have been over-collected for the pet trade, and the federally endangered American burying beetle, for which we have a breed-and-release program," Ray said. "Recent success stories include the breeding of Blatchley Walkingsticks, giant African millipedes and now the blue death-feigning beetles."

The World of Insects continues to be one of the zoo's most popular exhibits, especially with children, Pittman said. While parents may squirm a bit when looking at some of the more notorious species, such as giant cockroaches, millipedes, spiders or scorpions, kids don't seem to care.

Pittman said she developed her fascination for insects after being hired as a building attendant to monitor the butterfly aviary.

"Then I started volunteering with the keepers and just fell in love with it," she said.

Currently, Pittman is cultivating 40 potential blue feigning-death beetles in the larvae stage. Since development takes about seven months, they won't know until at least December -- after replicating her steps -- whether the most mature three beetle larvae of the group transition to adulthood.