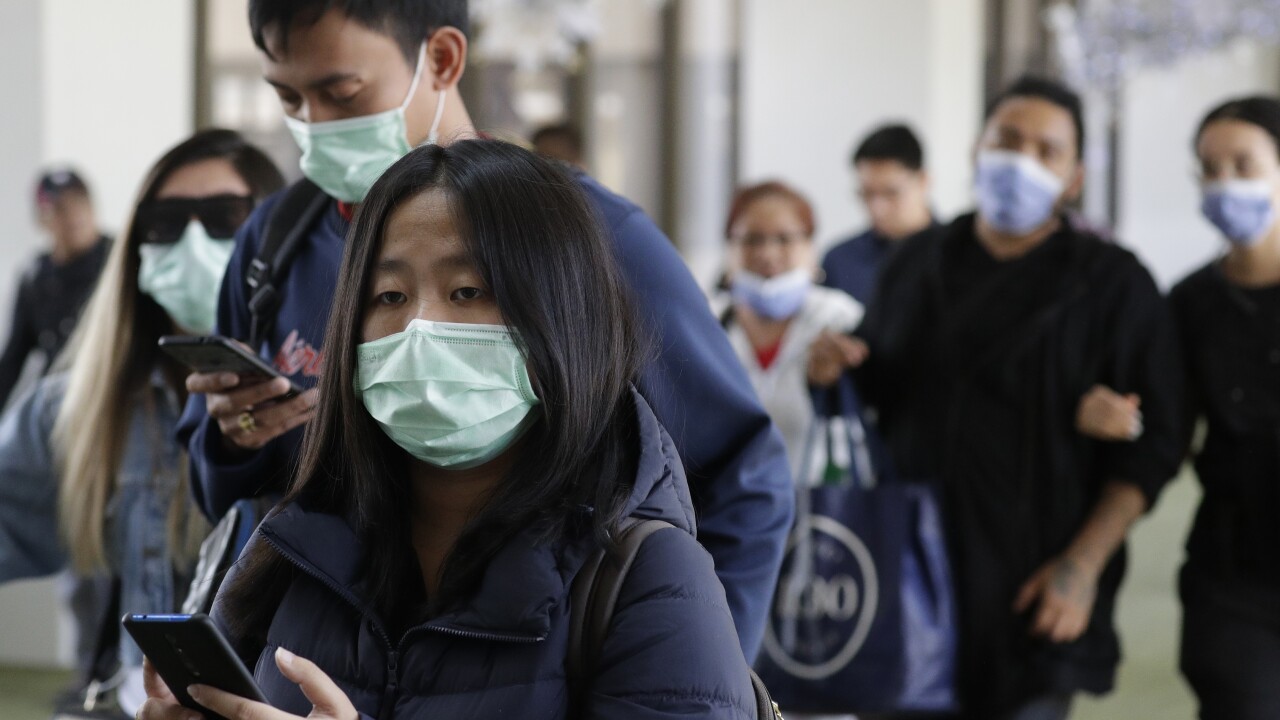 BEIJING, China – China has decided to lock down three cities that are home to more than 18 million people in an unprecedented effort to try to contain the deadly new viral illness that has sickened hundreds and spread to other cities and countries in the Lunar New Year travel rush.

Barriers blocked the entrance to the city's train station, and the airport, ferries, subways and buses were also halted.

Similar measures will take effect Friday in the nearby cities of Huanggang and Ezhou.

The coronavirus, known as "2019-nCoV," emerged in Wuhan in December and has killed 17 people so far. All of them were in and around Wuhan.