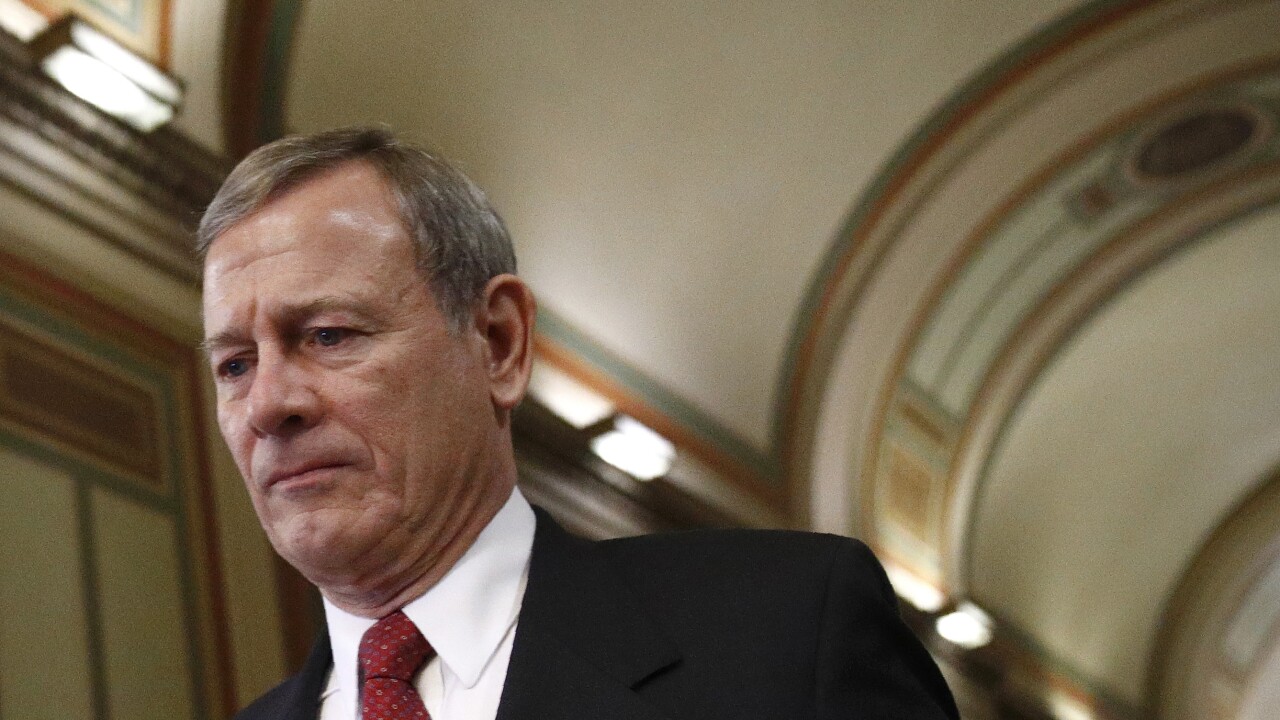 Copyright 2020 The Associated Press. All rights reserved.
Patrick Semansky/AP
FILE - In this Jan. 29, 2020, file photo Chief Justice of the United States John Roberts departs at the end of the day in the impeachment trial of President Donald Trump on charges of abuse of power and obstruction of Congress on Capitol Hill in Washington. (AP Photo/Patrick Semansky, File)

WASHINGTON (AP) — Chief Justice John Roberts spent a night in a hospital last month after he fell and injured his forehead.

A Supreme Court spokeswoman confirmed Tuesday night that Roberts was treated at a hospital on June 21 for an injury sustained in a fall while walking for exercise near his home.

The spokeswoman, Kathleen L. Arberg, said in a statement that Roberts' injury required sutures, and out of an abundance of caution, he stayed in the hospital overnight.

Arberg also said it’s believed that the fall was likely due to light-headedness caused by dehydration.

The Supreme Court’s statement followed initial reporting on the incident by The Washington Post, which received a tip.

The Post reports that the 65-year-old judge suffered a fall at a Maryland country club and that his injuries were serious enough to require sutures.