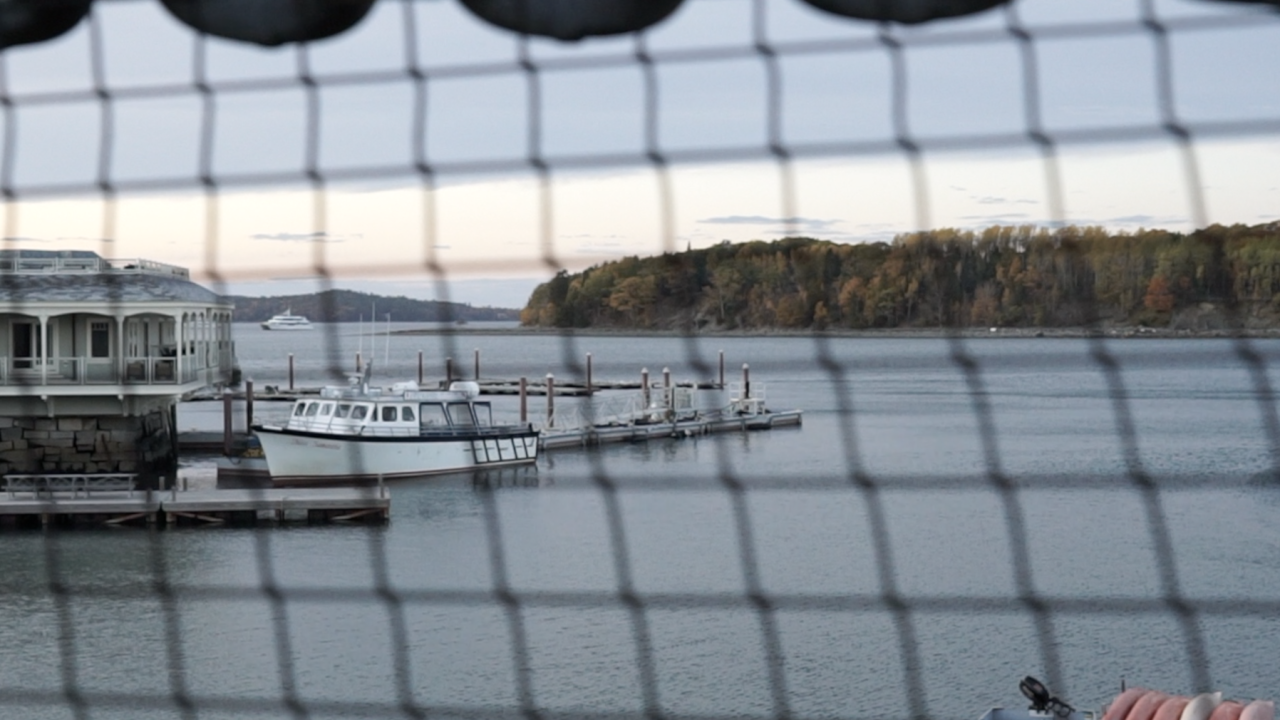 BAR HARBOR, Maine - Towns spotted along the coast in Maine are commonly known for two things -- lobster and whale watching. But scientists have noticed changing climate patterns over the past decade, and it’s causing changing patterns with different sea life.

“The Gulf of Maine has historically been known as an important place for whales,” Allied Whale Marine Director Sean Todd said. “That has sort of changed because of climate, and the Gulf of Maine is slowly shifting in a way that is perhaps less attractive to the whales.”

“What’s really emerged in the last decade or so is that this ecosystem is going through some really dramatic changes,” Dr. Andrew Pershing with the Gulf of Maine Research Institute said.

Bar Harbor, Maine, is a town filled with restaurants and shops, A lot of what you see caters to tourists who frequent the town in the summer months.

“Bar Harbor is a really fun town,” Zack Klyver, a former whale watch tour guide with over 30 years of experience, said. “It is full of magnificent life.”

“I like to think of it as the place all the hippies went when they grew up,” Todd said.

Fall marks the end of the tourism season, and many places close up shop for the winter.

“A vast majority of jobs in bar harbor are due to the tourist industry,” Jeff Dobbs, a local documentary filmmaker and operator of the Acadia Channel.

“If you come to Bar Harbor, there are three things you can do,” Todd said. “The first thing is you can visit Acadia National Park.” Todd goes on to explain the other two things you can do are eat lobster or go on a whale watch.

“We carry about 50,000 to 60,000 people whale watching each summer,” Zack Klyver said. He works in part with Bar Harbor Whale Watch Company.

The people are super excited when they see whales,” he said. “In recent years things have changed and we’ve had to go a lot farther to see whales.”

Three-hour tours have become five-hour tours, to allow extra time to travel farther to find where the whales are. Klyver said they had a record July this year with the number of passengers they saw, but it was in part due to good weather conditions.

“Our sightings have gone down in the last couple years,” Klyver explained.

While whale watch trips look for all types of whales, these were the stats Klyver shared with Finback whale sightings:

Those numbers have since improved.

“In past years we looked at our sighting success rate and we were often at 80 to 90 percent success in seeing whales,” Klyver said.

“This was a very difficult year for us. It’s getting hard to study these animals because they’re just not around,” Todd said. “It used to be that whales were very predictable here in the Gulf of Maine.”

Todd explained he thinks the ocean is warming to a point it’s no longer an attractive place for whales to come and they are making other choices in terms of looking for food.

One of the species choosing to stay north is the endangered North Atlantic Right Whale.

“The Right Whale population was recently estimated in 2017 at being about 411,” Klyver said. There are less than 100 viable, breeding females left.

“The Gulf of Maine is one of the most rapidly warming patches of saltwater anywhere on the planet,” Todd said.

Doctor Andrew Pershing agrees -- and had the science to back it up.

“Over the last 30 years or so, we have warmed at a rate that’s about four times the global ocean average,” Doctor Pershing said. “Really since about 2010 this ecosystem has been going through a remarkable transformation where every year it seems to get warmer and warmer.”

He said all areas of the ocean are warming by .01 degrees Celsius a year, on average.

“We’re losing some of our subarctic species that have really been the center of the food web at the Gulf of Maine,” he said. “The whales are having to adjust on the fly to figure that out, and that makes it harder for the companies that have set up shop in a particular area with the expectation they can go offshore and quickly find the whales.”

“What’s happening with climate may be kind of abstract,” Zack Klyver explained. “A fire in California, or a melting glacier somewhere that they hear about but for us it’s real. We’re seeing it everyday on the ocean.”

And just like the season, the Gulf of Maine is changing.

“A lot of people plan their vacations completely around seeing whales, they’ll come from all over the world,” Klyver said.

Klyver and Jeff Dobbs are working on a documentary about the Right Whale, in hopes of bringing more attention to the endangered animal.

“The plight of the Right Whale hasn’t gotten any better,” Dobbs said. “Their status in the world is very important, people don’t realize how much they contribute to the global economy.”

Fishing and shipping are two things that are detrimental to the whales, according to Todd. “I am deeply motivated to save these animals. Deeply motivated,” he said.