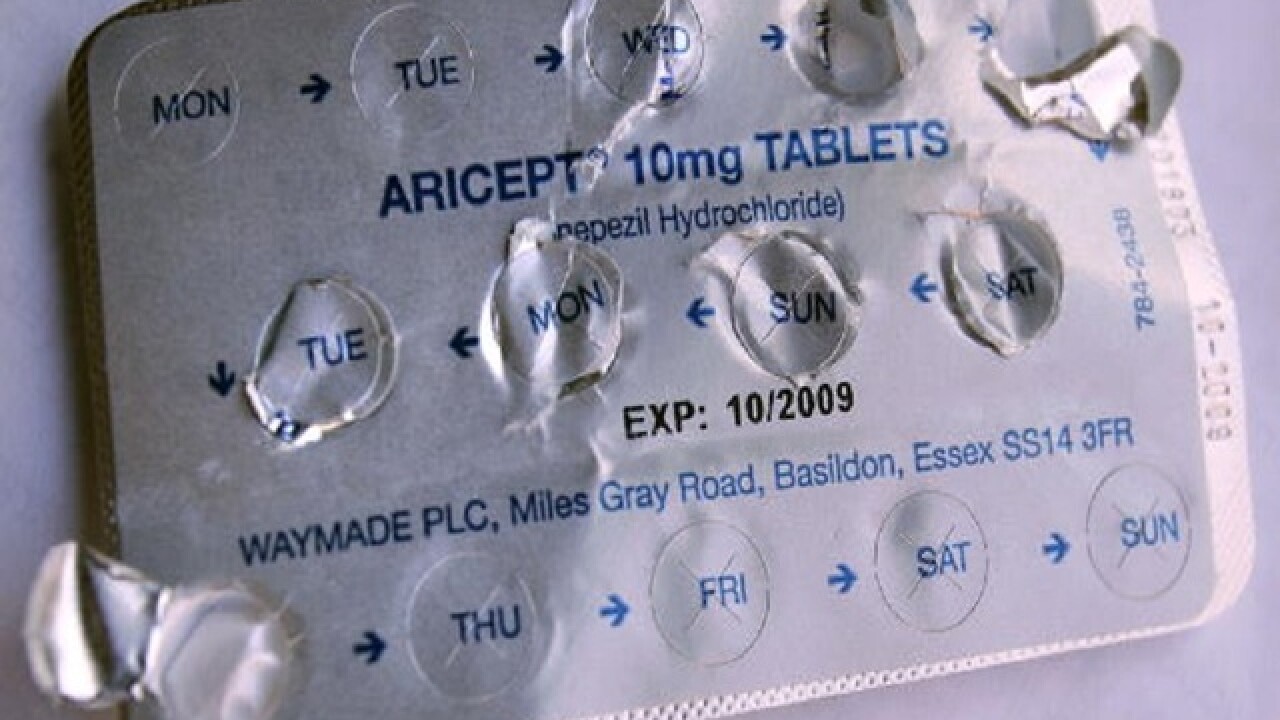 &lt;p&gt;LONDON - AUGUST 10: An opened packet of Aricept is seen as a Judgement is passed on NHS restrictions on Alzheimer's drugs on August 10, 2007 in London, England. The high court ruled that the drugs should only be issued to patients in an advanced stage of the disease. It is the first time that NICE (National Institute Clinical Experience) guidance has been taken to judicial review. (Photo by Cate Gillon/Getty Images)&lt;/p&gt;

By: Associated Press
Posted at 12:37 AM, Mar 30, 2016
CHICAGO (AP) — Many relatives and friends providing financial support or care to people with dementia have dipped into their retirement savings, cut back on spending and sold assets to pay for expenses tied to the disease, according to a survey released Wednesday by the Alzheimer's Association.
About one in five go hungry because they don't have enough money.
"This was a big shocker for us," said Keith Fargo, Alzheimer's Association director of scientific programs and outreach.
Fargo said he didn't expect so many families to be struggling. He said the survey shows that people are not prepared for the high costs of home care or nursing home care. The median cost of a home care aide is $20 per hour and the average cost of a semi-private room in a nursing home is $80,300 per year.
Nationwide, there are 5.4 million people with Alzheimer's, the most common cause of dementia. The majority are older than 75.
As the dementia progresses, patients often need help with daily activities, such as eating, getting dressed or bathing. Roughly two out of five of the more than 15 million unpaid caregivers in the U.S. have a household income below $50,000, the Alzheimer's Association says. Often the caregiving role falls on a daughter or a spouse.
Renee Packel, of Philadelphia, said that shortly after her husband was diagnosed with Alzheimer's in 1999, she sold their car and their two-bedroom suburban home. To keep costs down, they moved into a one bedroom apartment in the city.
"We needed money," said Packel, 80.
Art Packel, who died last year, was in charge of the couple's finances, and by the time she realized something was wrong, money was missing and they were behind on bills. Packel said she didn't want her children supporting them, so she got a job as a receptionist at a title company, where she still works.
As the disease progressed and her husband started falling and getting aggressive, she moved him into a nursing home, where he lived for almost four years.
She was lucky, she said, that her husband's veteran status granted him some benefits. But even with the government's help, she still paid for a year of nursing home care, about $800 or $900 per month.
"It was a bad time, but it was not a dire time," Packel said, adding that selling their home helped her weather the storm.
The Family Impact of Alzheimer's Survey was based on more than 3,500 interviews made in December. About 500 respondents said they provided caregiving and/or financial aid to someone with dementia. Ninety-three percent were family members and the rest were friends. On average, they spent more than $5,000 per year, mostly on food, travel and medical supplies, such as diapers. The highest expenses were incurred by spouses or partners.
Nearly half of respondents said they cut back on spending. About 20 percent go to the doctor less often, while 11 percent don't get all of their own medications. About 11 percent cut back on their children's educational expenses.
Beth Kallmyer, Alzheimer's Association vice president of constituent services, said people erroneously believe Medicare covers long-term care costs, when it doesn't.
"There is no silver bullet in planning for (Alzheimer's); the costs are too staggering," Kallmyer said, but people who plan early can avoid crises.
Mark Donham, of Portland, Oregon, said that even with financial support from a relative and long-term care insurance, he cashed in about a third of his retirement funds while caring for his wife, Chris, who was diagnosed with early onset Alzheimer's in her 40s. He quit his salesman job in 2006, thinking he would be a full-time caregiver for up to three years. Chris lived for five years.
Donham said he eventually took on a part-time job to supplement their savings because he didn't want to touch his retirement again. He feels lucky, he said, that the insurance paid for about two-and-a-half years of Chris' care in an institution.
Now 53, Donham said he'd likely have to work past 65 to build his retirement back up. He won't be able to retire at the same level or in the same time frame he had hoped to, but he's thankful, he said, that he got to take care of his wife.
"It was the right decision for us, as a family," he said.
Copyright 2016 The Associated Press. All rights reserved. This material may not be published, broadcast, rewritten or redistributed.