A car hit a deer and burst into flames on northbound I-25 near Larkspur on Wednesday. 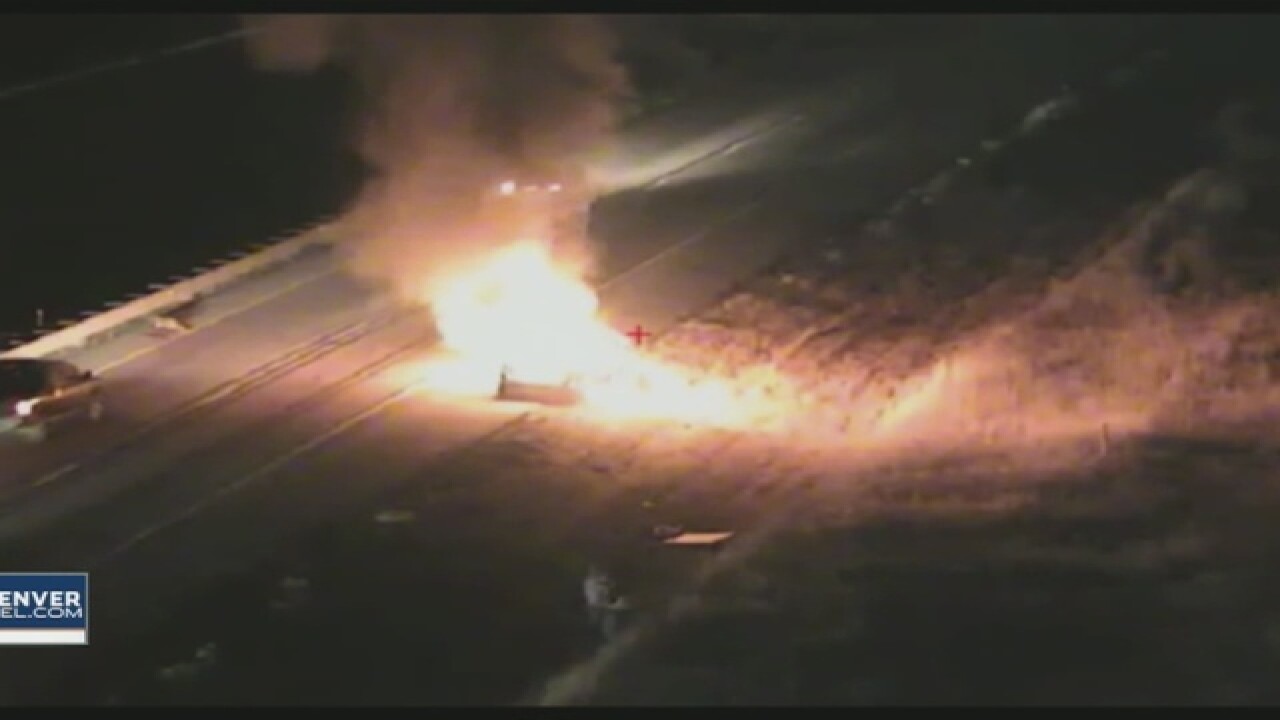 LARKSPUR, Colo. -- A car hit a deer and burst into flames on Wednesday.

The crash happened at about 5:30 a.m. local time on northbound Interstate 25 near Larkspur, Colorado.

This was one of the small explosions at the car fire after firefighters started putting water on the car. pic.twitter.com/miOj4jMTfl

It appears the people in the vehicle got out safely.