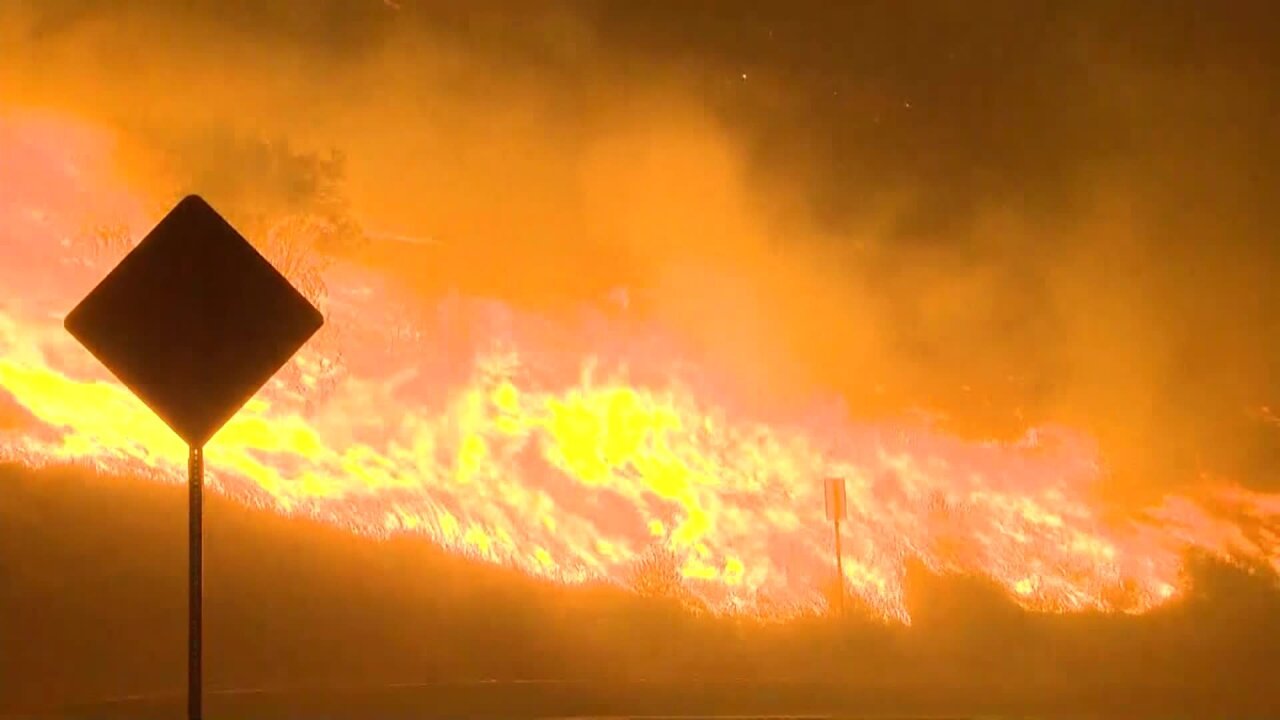 The largest in southern California, the Saddleridge Fire in Los Angeles County, was 19% contained on Saturday, according to the California Department of Forestry and Fire Protection.

The fire has destroyed 31 homes and burned more than 7,500 acres, the Los Angeles Fire Department said. More than 1,000 firefighters have been battling the flames and about 100,000 people were forced to evacuate their homes.

Officials are allowing some residents under mandatory evacuation to go home and retrieve essential items, but only under police escort.

The South Coast Air Quality Management District is telling residents to protect themselves from heavy smoke and unhealthy air conditions.

Other fires in the region

The Saddleridge fire is one of several fires burning in Southern California.

The Sandalwood Fire in Calimesa, some 70 miles east of Los Angeles, has killed at least one person, according to the Riverside County Sheriff's Department. Details about that death weren't immediately available.

The fire, which started as a trash fire that spread to vegetation, has destroyed at least 74 structures since it began Thursday afternoon, fire officials said. It has burned more than 820 acres and was at least 25% contained by Saturday.

Less than 20 miles away in Moreno Valley, the Reche Fire has burned at least 350 acres and was 85% contained. The fire went from 100 to 200 acres in about 90 minutes, before nearly doubling two hours later. Mandatory evacuations have been issued in surrounding areas, and the cause of the fire is under investigation.

Some residents have been allowed back in or near their homes, but city officials said the danger is not over.