Buy Nothing Project: Get what you need without spending a thing

Buy Nothing Project: Get what you need without spending a dime 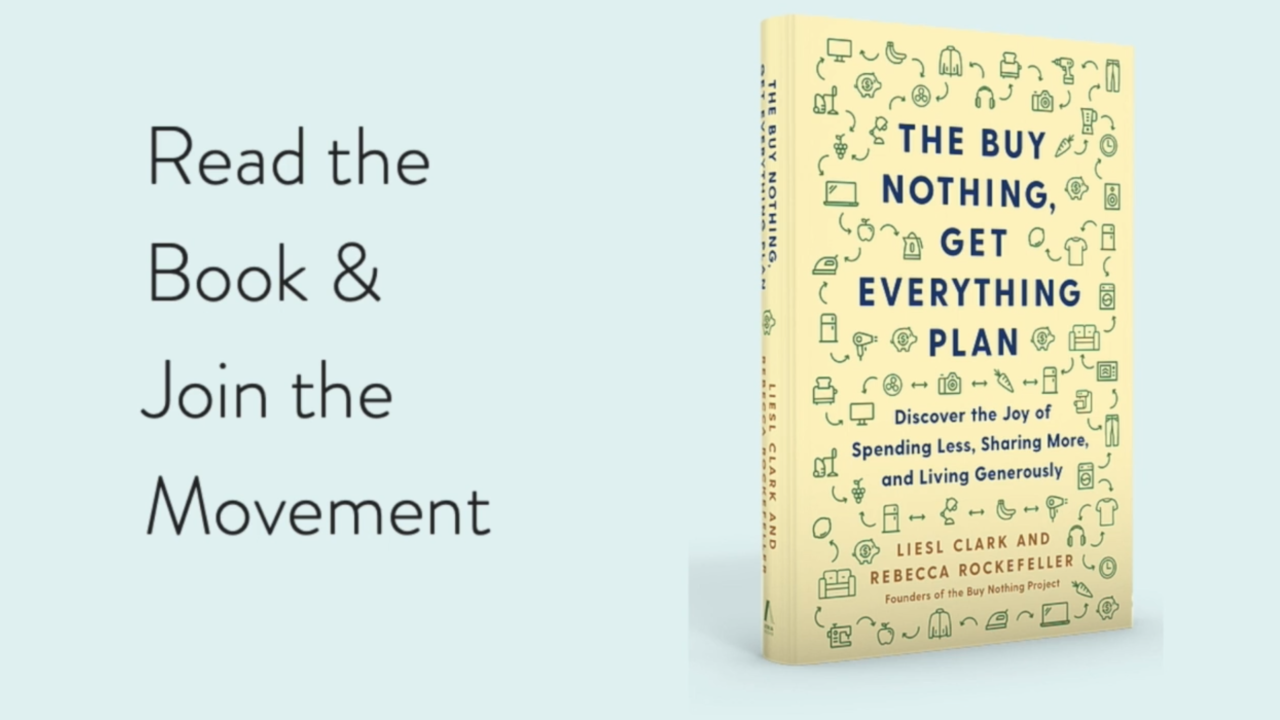 What if you could get what you need without spending a dime? More than 1 million people in more than 30 countries are doing just that by using the Buy Nothing Project.

Cherri Christiansen started a Buy Nothing Project in her San Diego, California, neighborhood back in 2014. When she launched it, there was just one member.

“We grew to over 1,000 members within the first couple of years,” she said. “We actually hit almost 2,000 and at that point, the group became so big, we split into smaller, more hyper local groups.”

Earrings, toys, tickets, you name it. They’re all free. Anyone can ask for anything and give anything. There are some rules, though. Keep it legal. No strings attached. No trading, no bartering.

“If someone is offering a mug, there’s no need to say I’ll trade you a hairbrush or I'll give you this for that coffee mug, everything is gifted freely,” said Christiansen.

Co-founders and Co-volunteers Rebecca Rockefeller and Liesl Clark started the project in 2013. They're good friends who met through a love of sharing and a desire to lessen our environmental impact.

“Most of us do have things we’re regularly throwing away or passing it on, whether clothes kids have outgrown or we’re an older couple and we want to downsize or simplifying and want to get rid of excess things or your dog dies and you have the materials and you’re not getting another dog,” said Clark.

And that is when you offer up all those things as a gift to your neighbor.

“Our mission is to foster local gift economies where everything is given freely without any expectation of reward or return and no limit on giving or requesting,” said Rockefeller.

That one idea they had while trying to promote a share economy so many years ago has spread. They're now approaching 1.5 million members in more than 30 countries, with 6,000 groups and 7,000 volunteers.

“No one makes money, but we gain in the connections we make with each other within the communities,” said Clark.

Clark and Rockefeller both say the pandemic has perhaps grown their project. People need things in a down economy, and people need each other. And that was Cherri Christiansen's biggest "score." She received a birthday gift that had nothing to do with "stuff."

“I came home from the airport hoping to find one or two surprises at my front door and my entire front porch was full of gift cards and cards, someone drew pictures, someone put together a bouquet of flowers," said Christiansen. "No one spent any money.”

“The more that we act from a place of generosity and wanting to care for each other and commodify and monetize that the stronger our communities are, the more we free cash up in families that are struggling financially,” said Rockefeller.