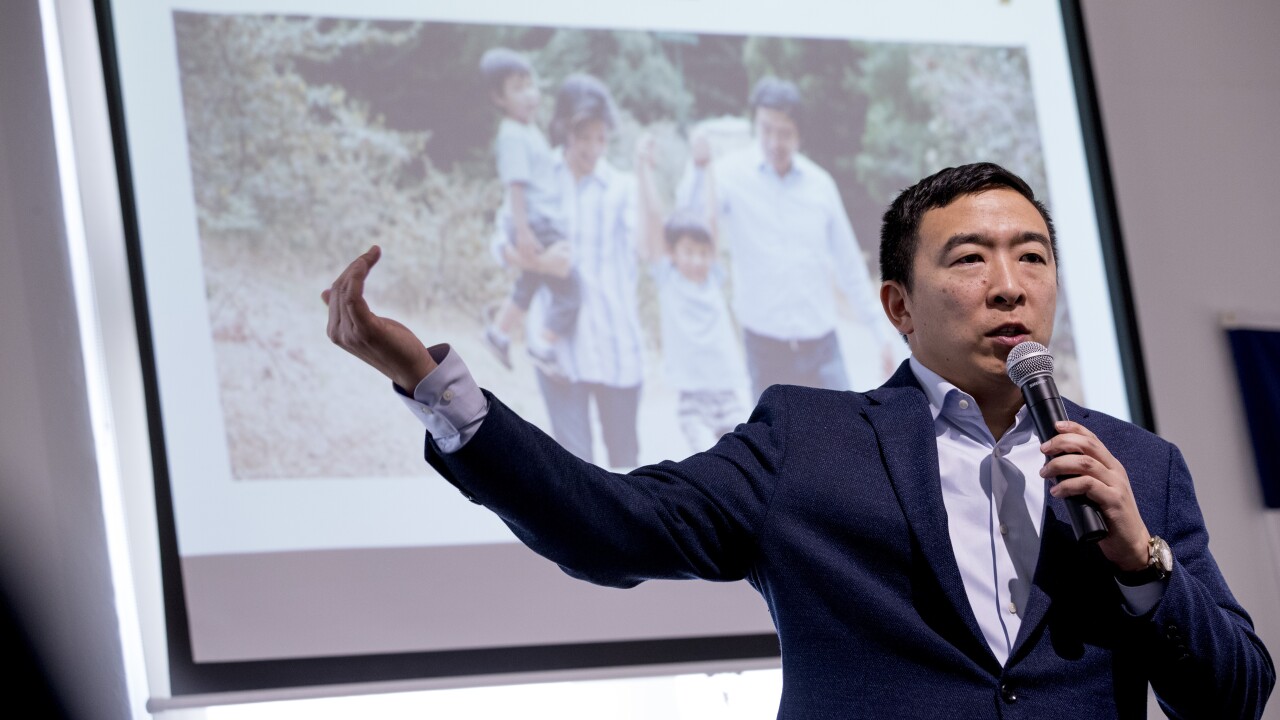 As votes started to filter in from New Hampshire, businessman Andrew Yang and Sen. Michael Bennet announced they are exiting 2020 presidential race as of Tuesday evening.

Yang entered the race among several political outsiders, and managed to qualify for the majority of the Democratic debates.

Bennet is in his second full term as a U.S. senator from Colorado.

Yang was a strong proponent of a universal basic income, which guarantees each American a $1,000 income a month.

Both Yang and Bennet were projected to finish outside the Top 5 in New Hampshire.

Yang and Bennet made the announcement before his supporters Tuesday evening.