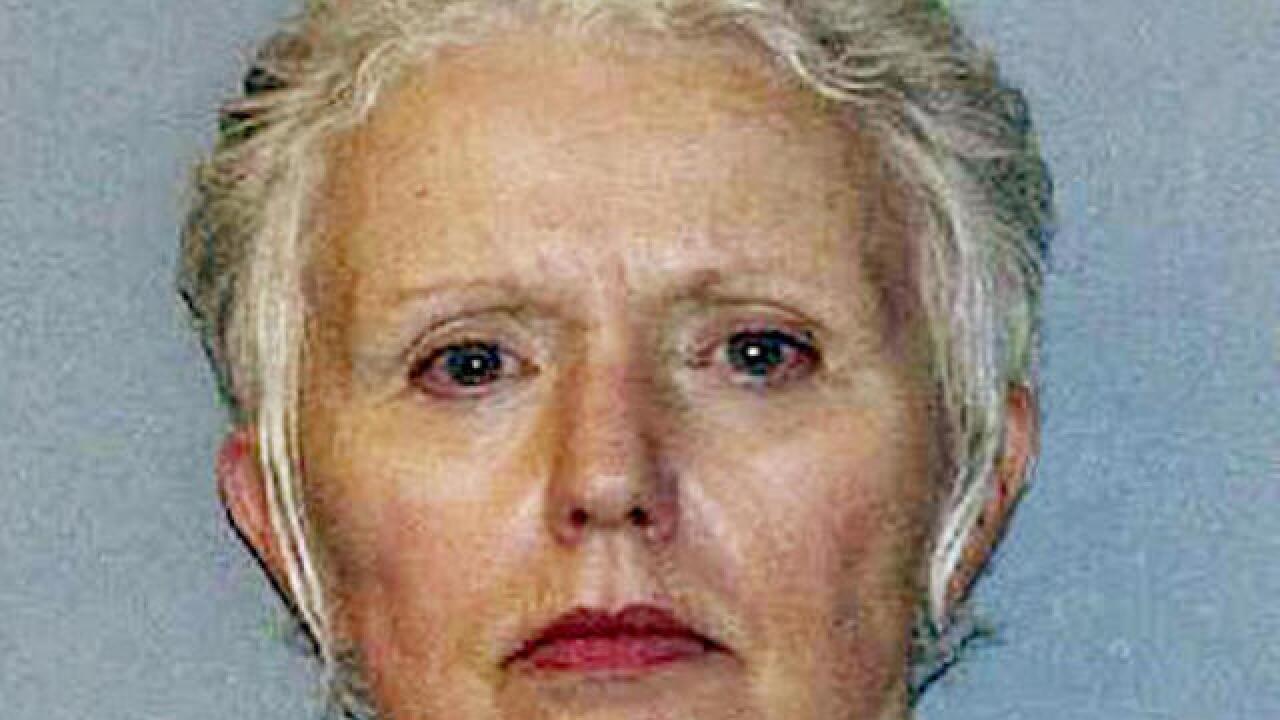 Copyright 2012 The Associated Press. All rights reserved. This material may not be published, broadcast, rewritten or redistributed.
&lt;p&gt;FILE - This undated file photo provided by the U.S. Marshals Service shows Catherine Greig, the longtime girlfriend of Whitey Bulger, who was captured with Bulger, June 22, 2011, in Santa Monica, Calif. Prosecutors will ask a federal judge to sentence the longtime girlfriend of Boston gangster James "Whitey" Bulger to three more years in prison for refusing to testify about whether anyone else helped Bulger after he fled the city. Greig is scheduled to be sentenced Thursday, April 28, 2016, after pleading guilty to a criminal contempt charge for refusing to testify before a grand jury. &lt;/p&gt;

BOSTON (AP) — The longtime girlfriend of Boston gangster James "Whitey" Bulger was sentenced Thursday to an additional 21 months in prison by a judge who said she had shown a "twisted" sense of loyalty to Bulger by refusing to testify about whether other people helped him while he was a fugitive.

Catherine Greig, 65, already is serving an eight-year sentence for helping Bulger while he was a fugitive. She spent 16 years on the run with him before they were captured in Santa Monica, California, in 2011.

Bulger, now 86, was convicted of a litany of crimes in 2013 — including participating in 11 murders — and is serving life in prison.

Federal prosecutors had asked the judge to add a little more than three years to Greig's prison time for her conviction on a criminal contempt charge for disobeying a judge's order to testify before a grand jury investigating whether other people helped Bulger while he was on the run.

Greig's lawyer had asked for leniency and said she should not get any more than six months.

U.S. District Judge Dennis Saylor IV imposed a sentence in the middle of the two recommendations, but not before rejecting an argument from Greig's lawyer that her only crime was loving Bulger and remaining loyal to him. Saylor called Bulger a lifelong criminal and "serial murderer."

"It is hard to imagine a less worthy object of affection than Bulger," Saylor said.

"History, I think, will remember Bulger as a monster," he added.

Greig's lawyer, Kevin Reddington, called the sentence "very severe" and said Greig does not believe that Bulger committed all the crimes he was convicted of in 2013.

"She still thinks he's the guy she fell in love with," Reddington said.

Patricia Donahue, whose husband, Michael, was fatally shot by Bulger and another man in 1982, said 21 months is not enough time for Greig's refusal to testify.

"How do you go before the grand jury and refuse to testify? ... That's OK to do that? That's what they're saying by giving her less than two years," she said.

Greig already had nine months added to her prison time after she was found in civil contempt for refusing to testify.

During his trial, prosecutors said Bulger worked for the FBI as a criminal informant on the New England Mob, a rival criminal group to his gang. Bulger denied being an informant.

Bulger also called his trial a "sham" because the judge denied his request to present a defense based on his claim that he received immunity for his crimes from a now-deceased federal prosecutor. The judge found that Bulger had offered no hard evidence to support his claim and that a prosecutor would not have had the authority to grant immunity for crimes that included murder.