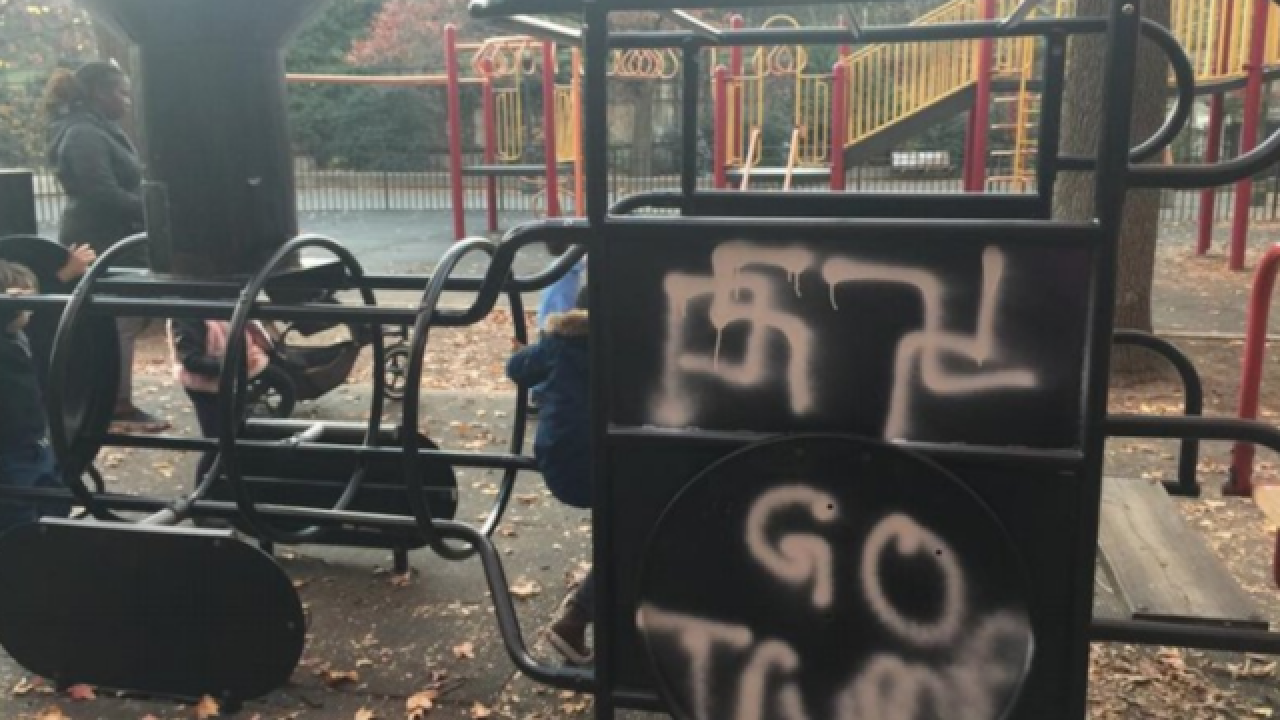 NEW YORK (AP) — A Brooklyn playground named for the late Beastie Boys' star Adam Yauch had been vandalized with swastikas and the words "Go Trump!"

Photos show the swastika and words were spray-painted on playground equipment in the Brooklyn Heights neighborhood.

Yet more hatred & anti-Semitism from Trump supporters. Swastikas on the playground equipment in Adam Yauch Park in BK Heights. #NeverIsNowpic.twitter.com/Xbcwo4enfF

It was one of several recent instances of the Nazi symbol being found around New York and in other parts of the country.