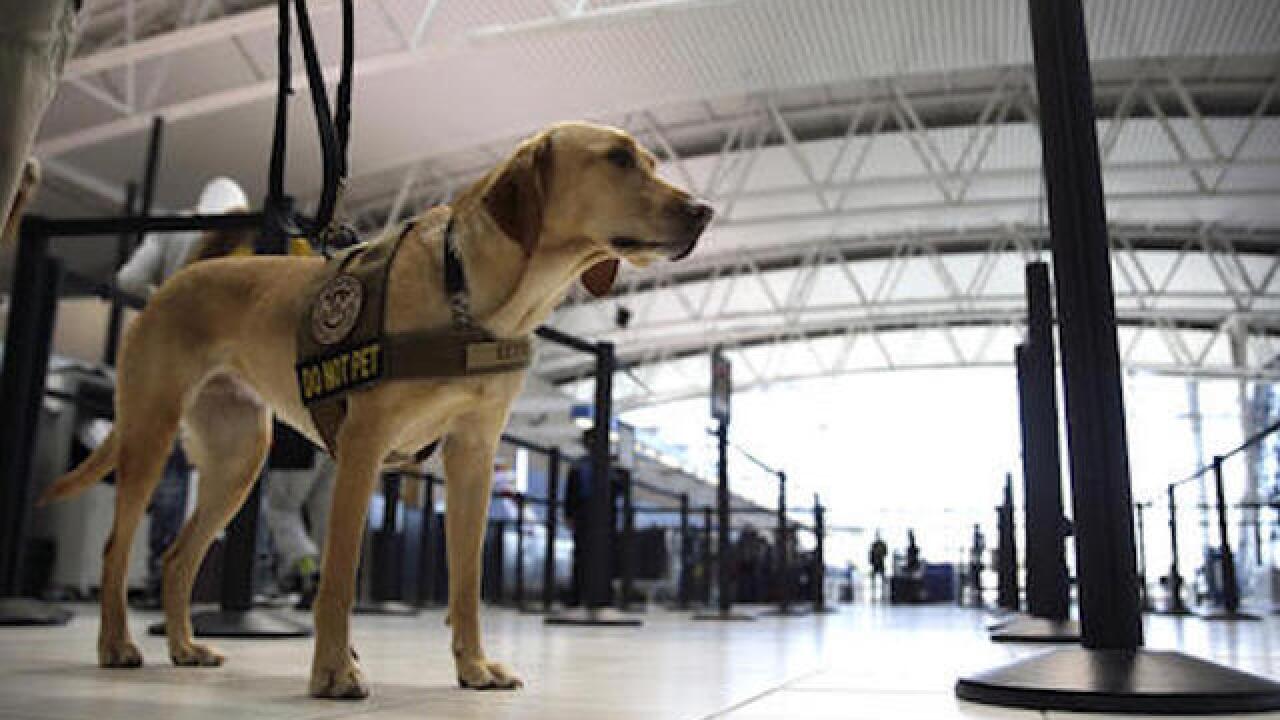 WASHINGTON (AP) — From package delivery drones to bomb-sniffing dogs, a bill approved by the Senate on Tuesday makes extensive changes to aviation safety, security and consumer programs and policies. It would:

—Require the Department of Transportation to issue regulations standardizing how airlines disclose fees so consumers can better comparison-shop for tickets.

—Make airlines automatically refund checked-bag fees if bags arrive more than six hours after a domestic flight lands and more than 12 hours after an international flight.

—Require airlines to automatically refund fees for services not provided, such as early boarding that didn't happen or a seat that was unavailable despite an advance assignment.

—Require that passengers traveling with young children are seated together at no extra charge.

—Require airlines to permit early boarding of pregnant women and to set aside rooms for nursing mothers.

—Expand the Transportation Security Administration's PreCheck program to include more travelers in an effort to prioritize screening time on travelers who haven't been vetted, shortening security lines.

—Authorize an increase from 30 up to 60 in the number of TSA "viper teams" that stop and search suspicious passengers in airport public areas outside the security perimeter, often using bomb-sniffing dogs.

—Enhance vetting of employees who have access to secure areas of airports, and tighten access to those areas.

—Require all newly manufactured airliners to have a second barrier between the passenger cabin and the flight deck that can be closed to prevent anyone from the cabin entering the cockpit when the cockpit door is opened.

—Require TSA to resume passenger screening at small airports where it was previously reduced after cutbacks in airline service.

—Require the FAA within two years to authorize package deliveries by drones and to create a small-drone "air carrier certificate" for operators of drone delivery fleets, similar to the safety certificates granted to commercial airlines.

—Establish criminal penalties for the reckless use of drones to deter their operation near airports.

—Require the FAA to publicly disclose information about government and commercial drone operations, including what types of personal information is gathered by the drones.

—Require the operators of all drones weighing more than a half pound pass an FAA-approved online safety test.

—Simplify requirements for private pilots to receive an FAA medical certificate attesting to their health, and reduce the frequency of doctor visits needed to renew the certificate.

—Speed the process by which new types of small airplanes receive safety certification from the FAA.

—Require the FAA to develop standards for tracking airliners when the planes fly over remote areas out of the range of radar, a response to the disappearance of Malaysia Airlines Flight 370 two years ago.

—Extend to flight attendants the same scheduling rules to prevent fatigue and provide time off for rest that apply to passenger airline pilots.